Let Me Introduce Myself... I'm Your Smartphone Camera

It sits in your pocket, your closest friend, day-in day-out, doing your every bidding at the slightest touch. The smartphone is a modern marvel and is likely the first camera you'll reach for when out and about, needing to take a snap. But do you really know this camera, this closest of allies. Let me introduce you.

We know that the smartphone in our pocket doesn't have a "proper" camera. For that we'd need to reach for that hulking full frame DSLR or, if we're feeling a little more svelte, the mirrorless that slips easily into the messenger bag. But a smartphone? Well, that's until we look at output such as those submitted to the Mobile Photography Awards and then we realize that people are actually shooting commercial photography and video on smartphones, that the vast majority of photos taken on a daily basis are with a smartphone and the gulf that used to exist between a DSLR and a smartphone seems to be vanishingly small now.

Getting down and dirty, what are the comparative technical specifications really like? Because I'm familiar with it, I'm going to take my LG G5 as an example. It was a top-end phone when released in 2016 and exemplifies the sort of camera setup that is increasingly common at the top and mid-range. It has the following two rear cameras (and remember that smartphone cameras have a fixed aperture and electronic shutter):

Compare this, by way of example, with the Nikon D850. This has a 46MP 35.9mmx23.9mm sensor, with a 4.35 micron pixel pitch. It's both higher resolution and larger pixel pitch means you will record more detailed, cleaner, images. In addition, being an interchangeable lens camera means the focal length is determined by the lens attached to it.

Which means the two cameras are in no way comparable. They are different technologies designed for specific niches. However it is worth reminding ourselves that, given enough light, most cameras will record a clean image. For smartphones you need to play to it's strengths and, if you can't do that, then cheat! What smartphones have leveraged is multi-shot computational photography to produce clean, crisp, images. Combine that with the image processing capabilities of the programming libraries they have available and, in particular, the rapid development times of new products and you have a formidable photography platform. Just witness the likes of Snapseed where users now expect a rich environment for quickly styling their social media uploads.

By targeting bespoke outputs that users are looking for, manufacturers are following a multi-tack approach. This includes a sensor and lens race by increasing the number of cameras, sensor size, megapixel count, lens quality and aperture size. However this is only half the story as it is coupled with clever onboard processing that corrects for lens errors, reduces noise, sharpens and saturates. More recent innovations revolve around simulating bokeh in both single and double camera phones (Apple has made great strides with the new iPhone) and combining multiple fast-capture images for noise reduction, HDR, panoramas and photo spheres. Companies are taking different approaches with the Huawei P20 Pro opting for a 3-camera setup and the Google Pixel 2 retaining just one. The LG G5 doesn't do anything clever with it's second camera, whilst Huawei and Apple have introduced image stabilization, optical zoom and image merging to stretch the capabilities of their shooters.

That doesn't mean that everything has to be produced in-camera. The beauty of a programmable smartphone is that the raw image outputs are also accessible. On Android this was introduced in 2015 with the Camera 2.0 API. This means you can actually return to using your smartphone in a way that you might shoot with a DSLR — capture in raw and post-process after the event. For a smartphone, this requires you to play to it's strengths. Given this, what might it reduce to?

The starting point is to take back control of your camera! Install an app (see my earlier article on what I'm looking for in an Android camera app) that gives you granular control of the camera and enables you to shoot in raw (saving images in Adobe's DNG format). You can then shoot in auto mode or fully manual. With a fixed aperture you obviously can't shoot in aperture priority, but frustratingly there currently isn't any support for shutter priority. If you need more control than auto affords you, then it's back to fully manual. 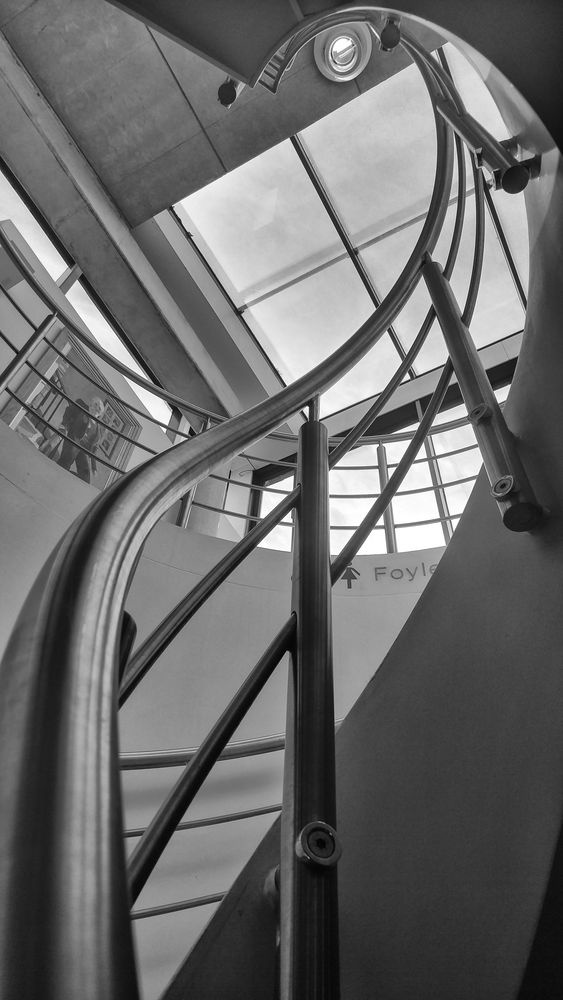 For me, the final part of the jigsaw was understanding the capabilities of the lens-sensor in the phone and specifically the depth-of-field achievable. When you introduce a wide angle lens, then hyperfocal distances are invaluable to calculate. I've long used HyperfocalPro on Android to calculate my DoFs, but you won't find any camera setup values (and specifically the Circle of Confusion) for smartphones. For this I turned to the helpful and informative Studio JPIC site (and their accompanying Camera Calculators app) where I was able to calculate the CoC. I then fed this in to the hyperfocal calculator giving values of 2.72m and 0.25m for the two cameras.

I love shooting with wide angle lenses. They offer a fantastic view and allow me to envision the world in wonderfully different ways. My Samyang 14mm full frame lens is great fun, but it's just so darn big and heavy. I might not shoot commercially with the LG G5 but it enables me to shoot wide with something that fits in my pocket, something I've never done before. Knowing the capabilities of this camera has opened a new way of shooting.

Do you have a multi-camera smartphone? If you do, have you calculated any of the camera characteristics and do you use them in your photography? 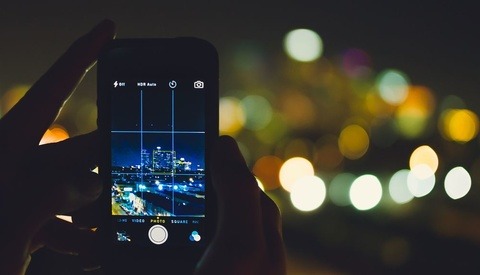 Gear / November 27, 2019
12 Weeks of Christmas: 6 of the Greatest Digital Camera Firsts
Log in or register to post comments
7 Comments

Clearly not written for me. In the year and a half, I've been shackled to my stupid phone (it ain't a bit smart), I've taken a total of 12 photos with it and then only at the insistence of my wife or to send my daughter a quick photo of the car insurance card I forgot to send, so she can show it to the officer who pulled her over for speeding! :-D Not kidding!

Ouch! Maybe a reintroduction is needed?!

Reintroduction to my phone or my daughter? She lives about 2500 miles away! :-)

LOL! I hope she's forgiven you!!

Convinced to switch to smartphone for professional photography. I think this article did the trick for me!

We try to go abroad at least once a year and for the past few years I decided (with the 'encouragement' of my wife :-)) to leave the DSLR at home. My phones (Samsung and now LG) have been terrific companions. We took hundreds of photos and a few are hanging at home, one is 30"x20" enlargement.

When on vacation I want to enjoy the leisure and the relaxing atmosphere. As it is we do 12-15 km every day walking the streets or visiting museums, carrying a DSLR is becoming a burden more than anything.

My next phone is the Huawei and judging by what is said about their camera, I see more enlargements in the near future :-).

A great (re)introduction indeed.
Maybe not in a toss-all-the-rest-of-the-kit-out kind of way but in a... hey I have another artistic tool in my creativity tool box to use in certain kinds of situations.
Thanks Mike!