Creative Spotlight: Meet the Photographer That Conceals His Subject’s Identities

Scrolling through Instagram, I came across a photo that I deemed worthy of a double-tap. Curious, I clicked on the profile to see more from the same photographer. Scrolling through his feed, I started to notice that although every photo included a human subject, there wasn’t a single face in sight. Intrigued, I had to know more and reached out: Meet Noel Alvarenga, the photographer who hides his subject’s faces.

First things first – I wanted to know the reasons behind Alvarenga’s choice to hide his subject’s identities.

“From the age of 15 I began to take photographs. For me, I always just wanted to capture moments rather candidly,” he tells me, comparing himself to a Wallflower. “I used to go by the name of Breathinglesson in everything I did with photography when I was in high school… that meant breathing in life as it happens and capturing [moments] through my lens.” 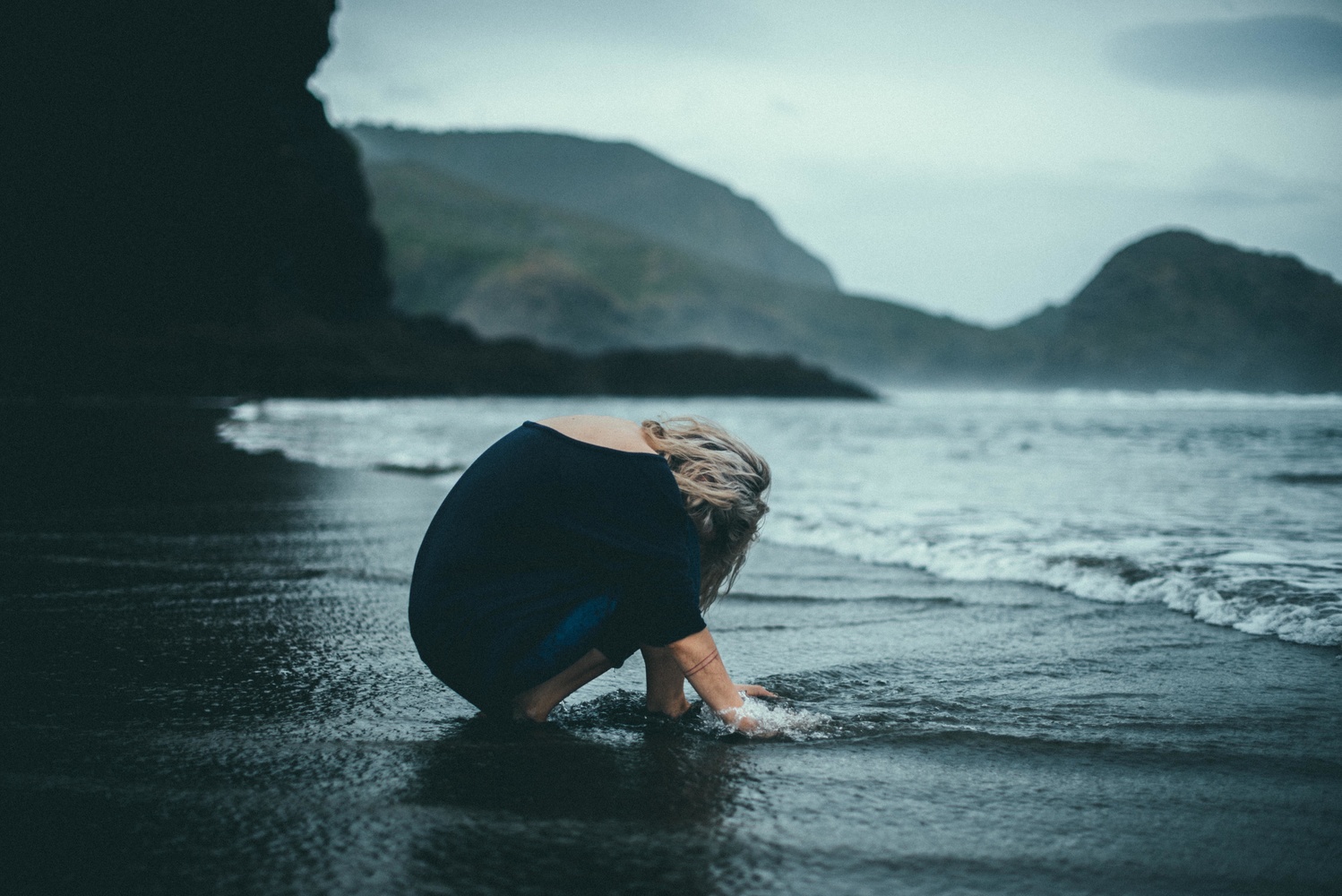 Alvarenga informs me that he shoots all styles of photography, to meet the differing demands of his clients. It’s on his own Instagram however, that he posts images that meet his specific criteria: that being, photos that don’t reveal the identity of his subjects, or that forbid us from seeing the model’s facial features. He describes his images as showcasing individuals “breathing in life… in whatever scenario [they] find [themselves] in”.

There’s many things I do to make sure my subject feels comfortable and at ease. I like to guide them with direction, and make sure they feel confident. There have been a few times when, for whatever reason, I’ve asked my model to cover either part or all of their face, to fit the mood of the image. Usually this requested is greeted with a confused look, followed by my sarcastic reassurances that being able to see less of their face is a huge improvement. But I did wonder if Alvarenga’s subjects ever took offence; you can just imagine them thinking, "how come he never posted any photos of my face?!"

“I think the models I work with now just expect it. They know it's how I like to shoot and they are okay with that. They love that I have photo adventures and that the creative process of my images is a journey of sorts filled with music, laughter, and great energy. I do shoot for a company called Brandy Melville USA, and for the photos I give them, the faces are not always hidden. But, those are the photos that will never make it to my personal Instagram, even though the girls I shoot are all so beautiful and sweet individuals. I just prefer no faces." 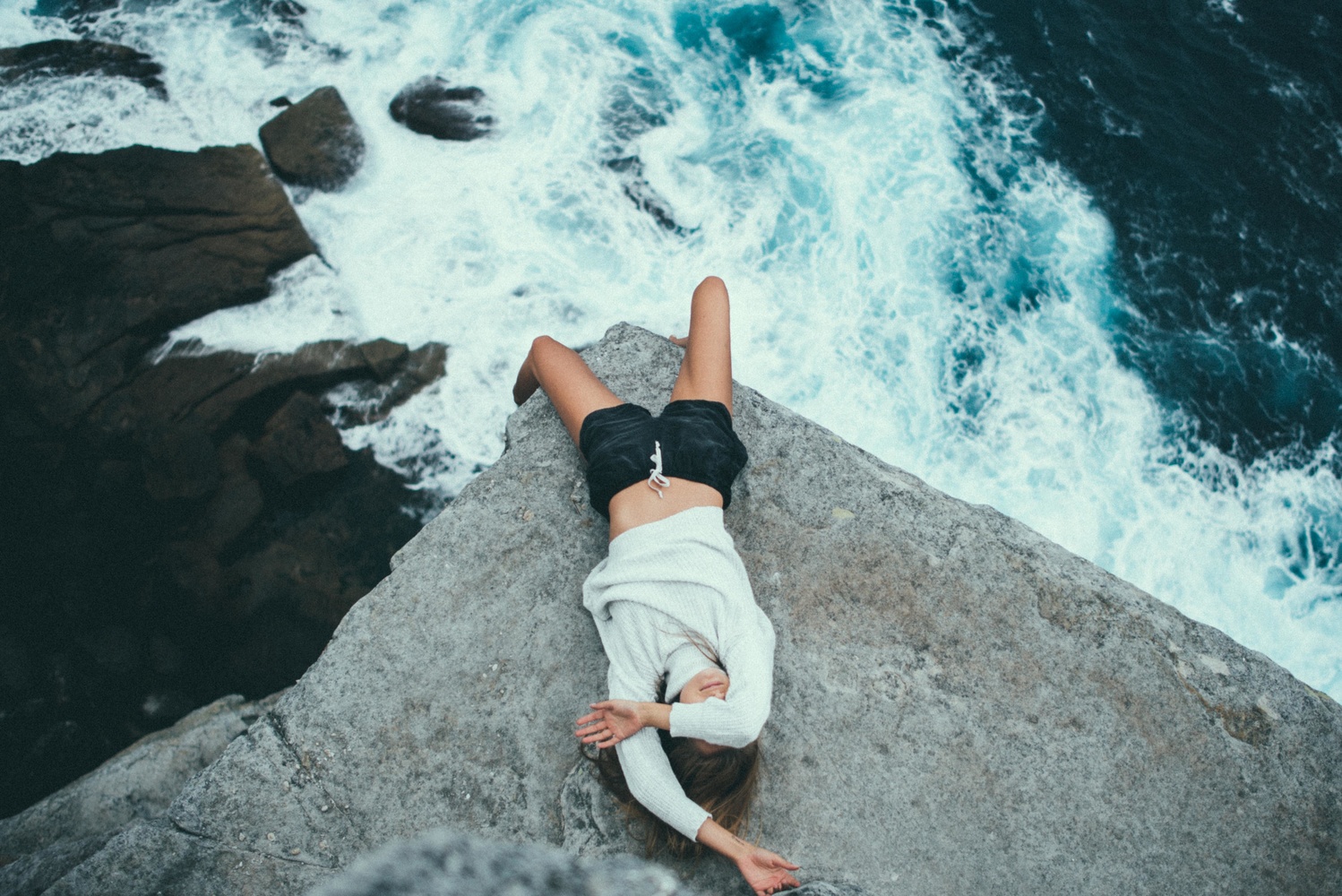 I enjoy Alvarenga’s take on photography and the way he executes his images. But it did occur to me that he must face the recurring problem of repetition. Surely, if he takes photos of the back of someone’s head, similar-looking photos must inevitably become an issue. I know there’s been times the photos in my own portfolio start looking too much the same… and that’s with being able to see people’s faces.

When I put the issue of avoiding repetition to Alvarenga, he was rather frank in admitting that, actually, he doesn’t actively try to avoid it. He admits to sometimes purposely repeating a previous shot, only this time changing both the subject and the scenario they find themselves in. “The world is a vast place, and adventuring with people often leads to magical moments to be had that are impossible to ever replicate twice,” he says. These candid moments started with photographing friends. Residing in Australia for a year between June 2014 - June 2015, he was continually exploring new places. Before that, back home in Los Angeles, his work consisted entirely of subjects that were friends. It wasn’t until last year that he ever shot an agency-signed model. 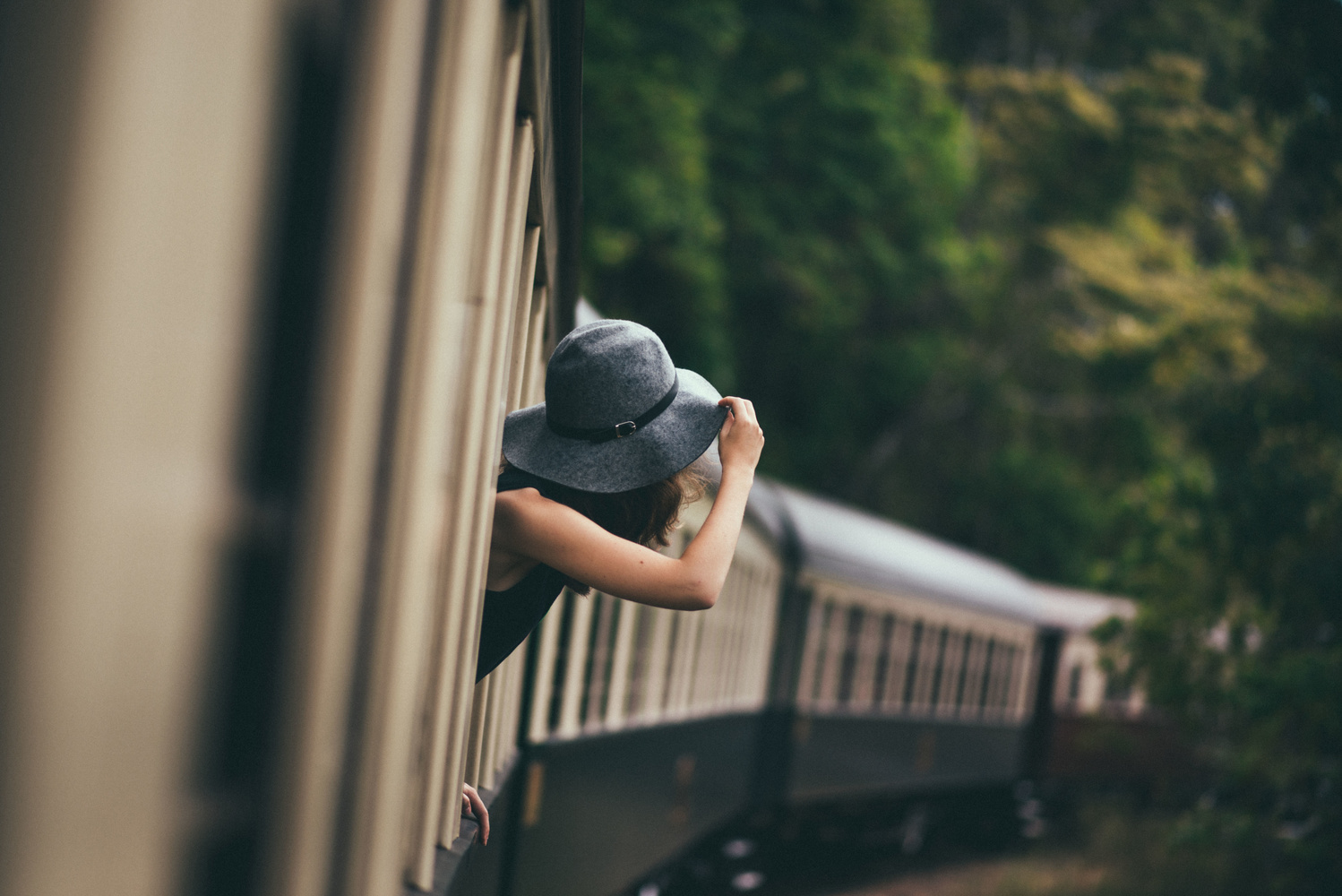 Something else I noticed when scrolling through his Instagram was that most, if not all of the captions contained song lyrics or titles. So can one presume that music plays a large part in his creative process? "Music is everything to me" he says. "I listen to music when I sleep, when I shower, when I drive, and also when I have my photo adventures. I am literally incapable of shooting unless I am listening to music. The genres of music vary with whatever I am feeling at the moment of my shoot. If something is majestic and intimate, then I play music to fit that mood. If life is fun and bouncy, then I play something to fit that mood. Whatever the feeling, I'm the one guy with a camera in one hand, my backpack of gear on, and music blaring from a bluetooth speaker. You can hear me coming from a mile away and I won't be sorry for it."

Aside from taking residency in Australia for a year, Alvarenga is partial to taking road trips with friends across the US, and has also travelled to New Zealand and Mexico. But this is just the start of his travels, claiming that he wants to go 'everywhere!'

"Now that I just turned 30, I hope to find myself in many new places I've never been to before. Living in Australia last year changed my perspective on the world. I want to go everywhere!" 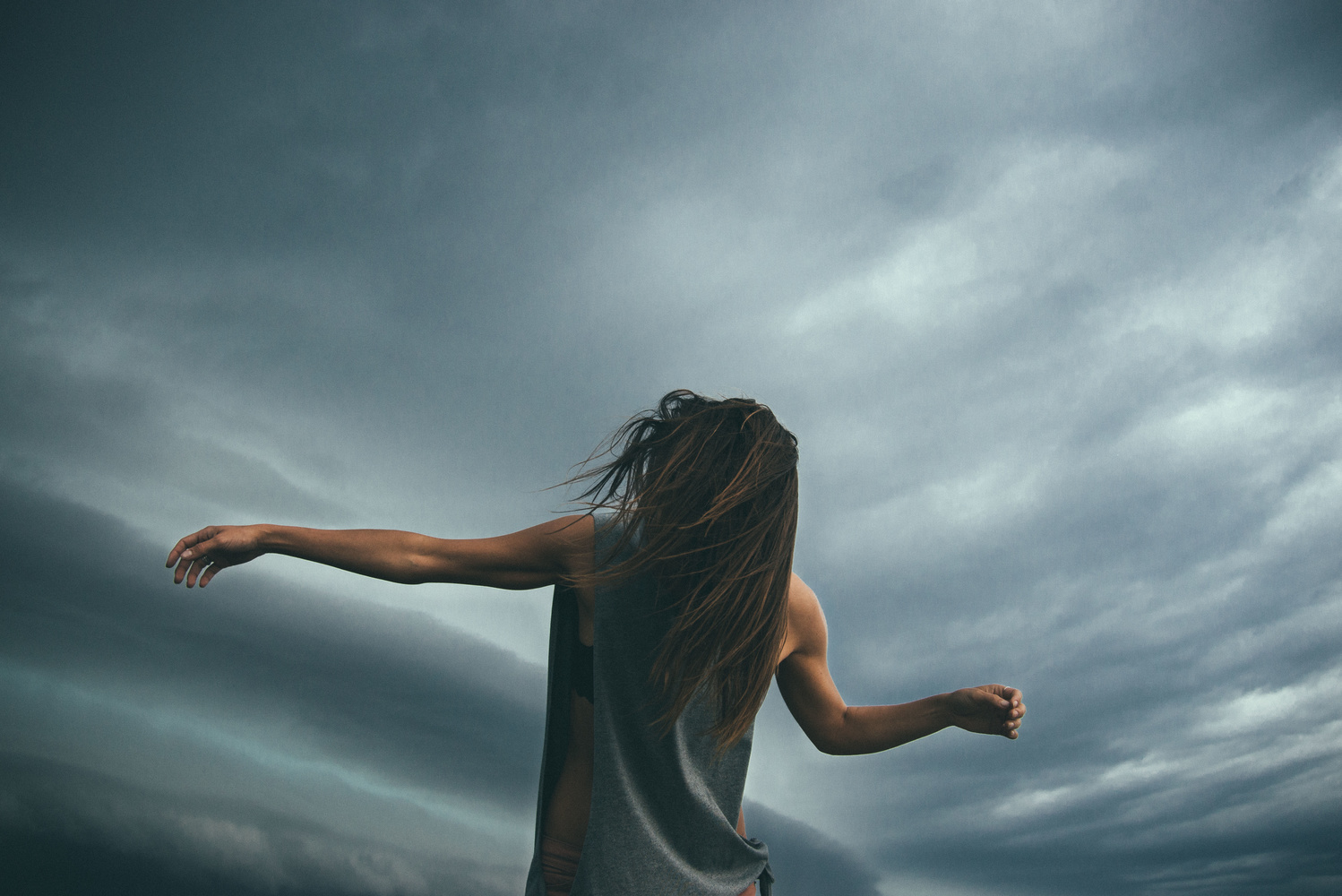 Naturally, our conversation turns to inspiration. Alvarenga narrows it down to three key ingredients that he says keep him and his passion continuing to create: listening to music, meeting individuals with passionate stories of their lives that they share with me, and… red wine. As for inspiring others? After all, he’s amassed a following of over 130,000 on Instagram alone. “The beauty of life and adventure and sharing it with friends or strangers is what I want to inspire in others with my photography. Breathe in the moments. Lessons are learned.”

You can see more of Noel's stuff over on his Instagram.

Documentary / August 14, 2019
We Speak to the Photographer Documenting Love Stories of Couples and Families Impacted by the Global Refugee Crisis

"I am literally incapable of shooting unless I am listening to music."

The photos are okay, but he doesn't know what that word means.

What's next? The guy on IG that posts pics of his feet dangling over the edge? How about the one with the flashlight aimed at the milky way? Oh, I know. Will it be the wool spinners in a "bando"?

Seems like I touched a nerve. It's OK, I can tell by your photos that you're not very creative either. I don't understand this new age where everyone has to like everything. These pics are pretty boring, to me. That's my opinion and I don't expect it to be shared by anyone.

wow... way to be unpleasant... did it ever occur to you that you don't have to like peoples work, but that not saying nasty things about it might be a little nicer way to go?

Have spent some time with Noel, very inspirational guy and I am in love with his photos and work. Great feature!

Yeah, I have seen some of your vlogs on YouTube , especially the ones with my mate @robmulally. You are doing a good job there mate

I really like this concept. I think putting yourself within your own niche in photography is something that very few of us get to.