A Few Tips on Traveling for Photography

After finally taking my first flight with all my gear, Vin and I made it to where we needed to go. Having the gear and keeping your eye on it is probably the biggest concern when it comes to traveling. I want to give some fellow travelers some advice on gear and transporting it when needed.

The first thing I did before I left was make a checklist of all the gear I was bringing with me. In my case, I was not bringing the amount of gear I have seen others bring; like all the gear in the videos with Joey Wright when they are shooting out in a different country. However, I had enough gear that it took a little planning because when you add up the costs of all the gear, the numbers really shoot up there and you want to make sure you have everything and know what you have. 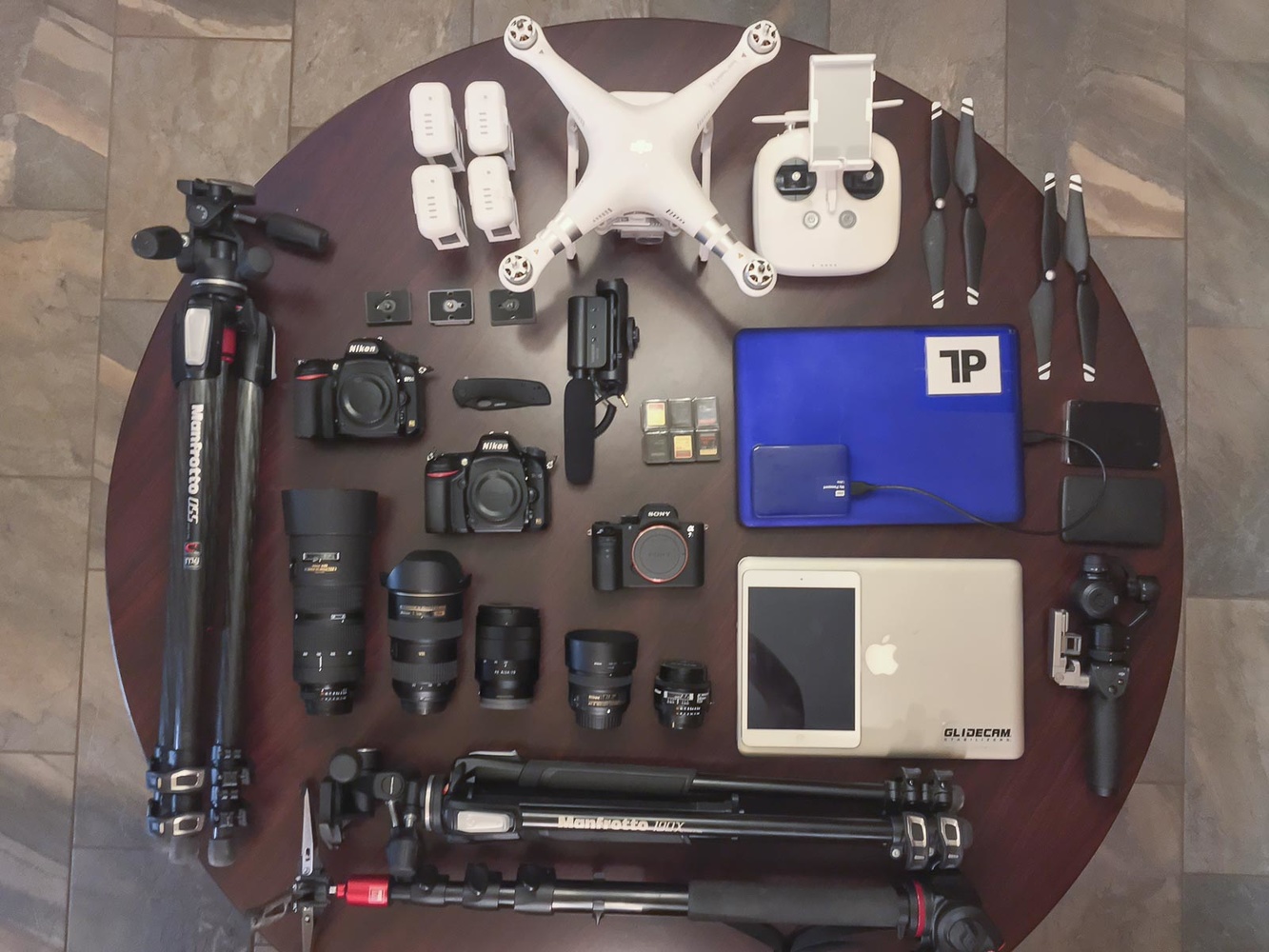 Packing was sort of a tough part; this will probably depend on the airline you travel with, the cases or bags you have for traveling, how much you want to pay if you need to put things under the plane, and how much you care about the gear you are bringing with you. I wouldn't really trust putting my gear under the plane unless I had some better cases to carry it in.

Instead of carrying everything, I took all of the less important, smaller gear out of my bag and threw it into my checked bag to go under the plane. If you have room to throw a tripod or monopod or lens into that bag safely because you can’t fit it with everything else, I would recommend doing that so it goes under, and there is less to lug around. If you don’t feel like it will make it, just have another bag that you can put more into and bring that with you. This way you know everything will be okay.

In my situation, I brought a suitcase and a carry-on bag, while Vin did the same thing. Those two bags we carried on cost money to check on, then we could a personal item, so I brought a tripod and Vin brought a monopod in case we wanted to do any shooting in the airport. 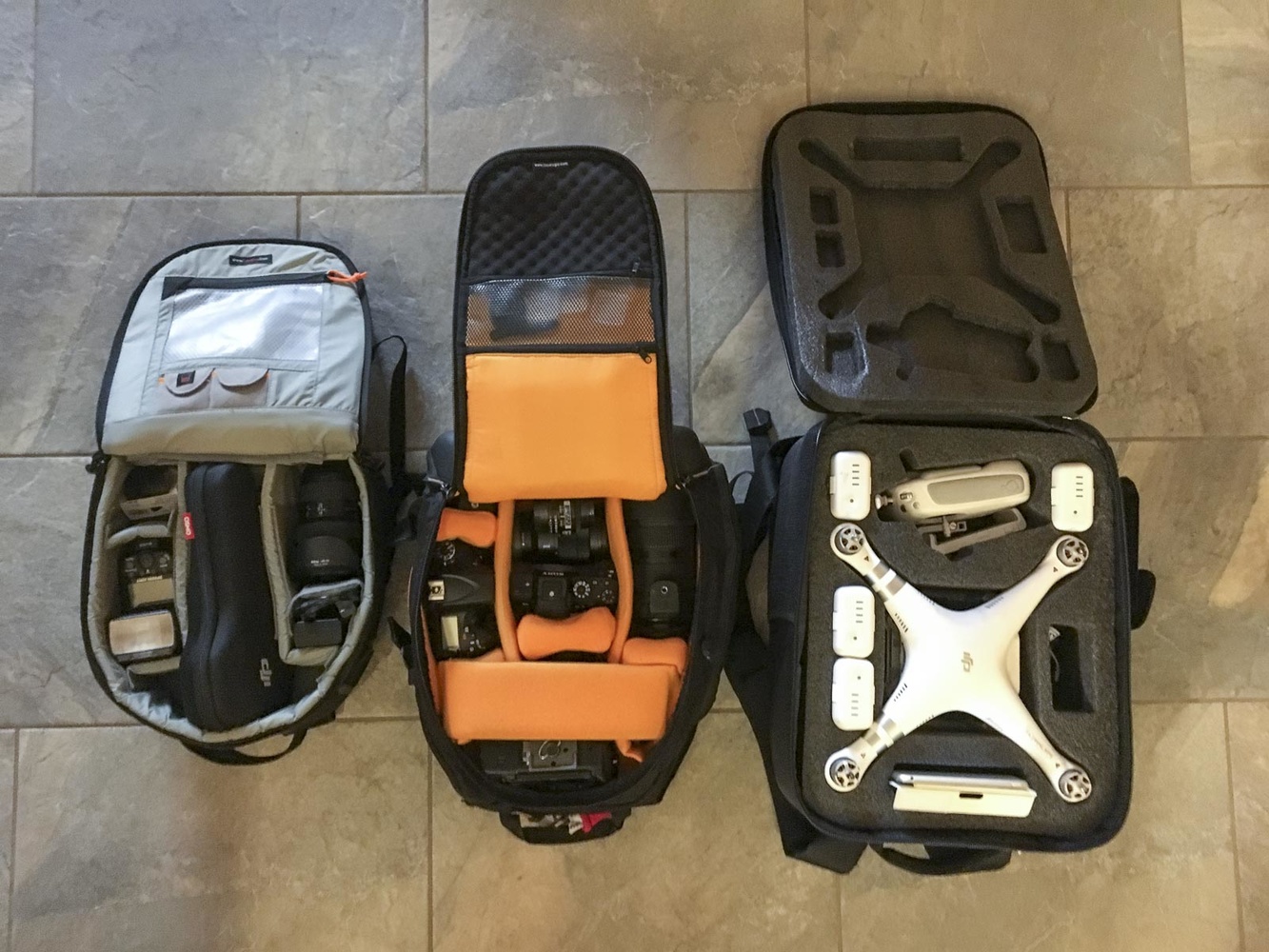 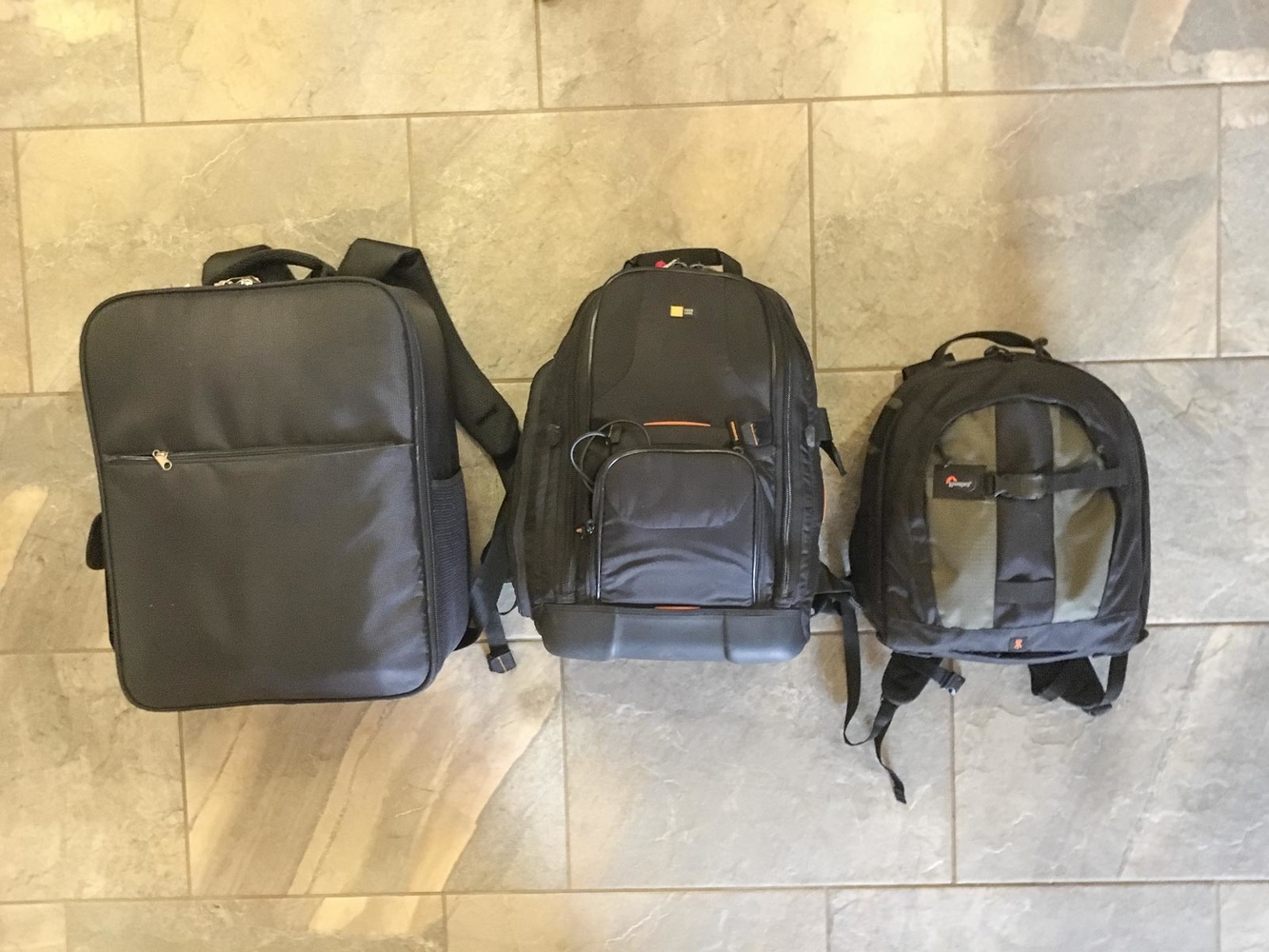 I would recommend leaving for the airport a little bit earlier than normal because going through security with your equipment can be a real hassle. Both the drone and the camera bag got pulled to the side to be checked, but both were able to make it onto the plane with us after we waited 30 minutes for someone to finally see what was inside. When you bring lithium batteries onto the plane for the drone, I would recommend draining the batteries as much as possible, so there is less risk of any kind.

Most of the time, it is nice to be in a safe place where you know you’ll be okay; sometimes, that isn’t always possible, but the safer the room, the safer your gear will be (if you aren’t stupid about it). This was one of the most annoying things for me, because if I left my door unlocked, I would freak out a bit knowing what I left in the room. Always check to make sure your room is locked up and your gear is safely stored. The last thing you want to happen is to come back to your room and find out something is missing.

Being in an area like Vegas is cool; everyone really hypes this place up. I didn’t really come out here to gamble so much, but I did come out to explore some of the national parks and see some things that I can’t in New Jersey. Traveling by cab or Uber would really add up over time, so that wasn’t much of an option. Renting a car is another great thing, but when you fail to meet the age requirements, the scooter is your best bet.

Check the weather for the week, and find a way to get all your gear on that thing so you can get around and make the best of it! The last few days we had our scooters, we noticed the weather getting a bit worse: clear skies the first day, partly cloudy the second, and then the day we had to return them, stormy skies. At one point, it looked like we were about to head into a big storm, so we had to cross one of the places we wanted to go off the list; aside from that, it all worked out pretty well for us. 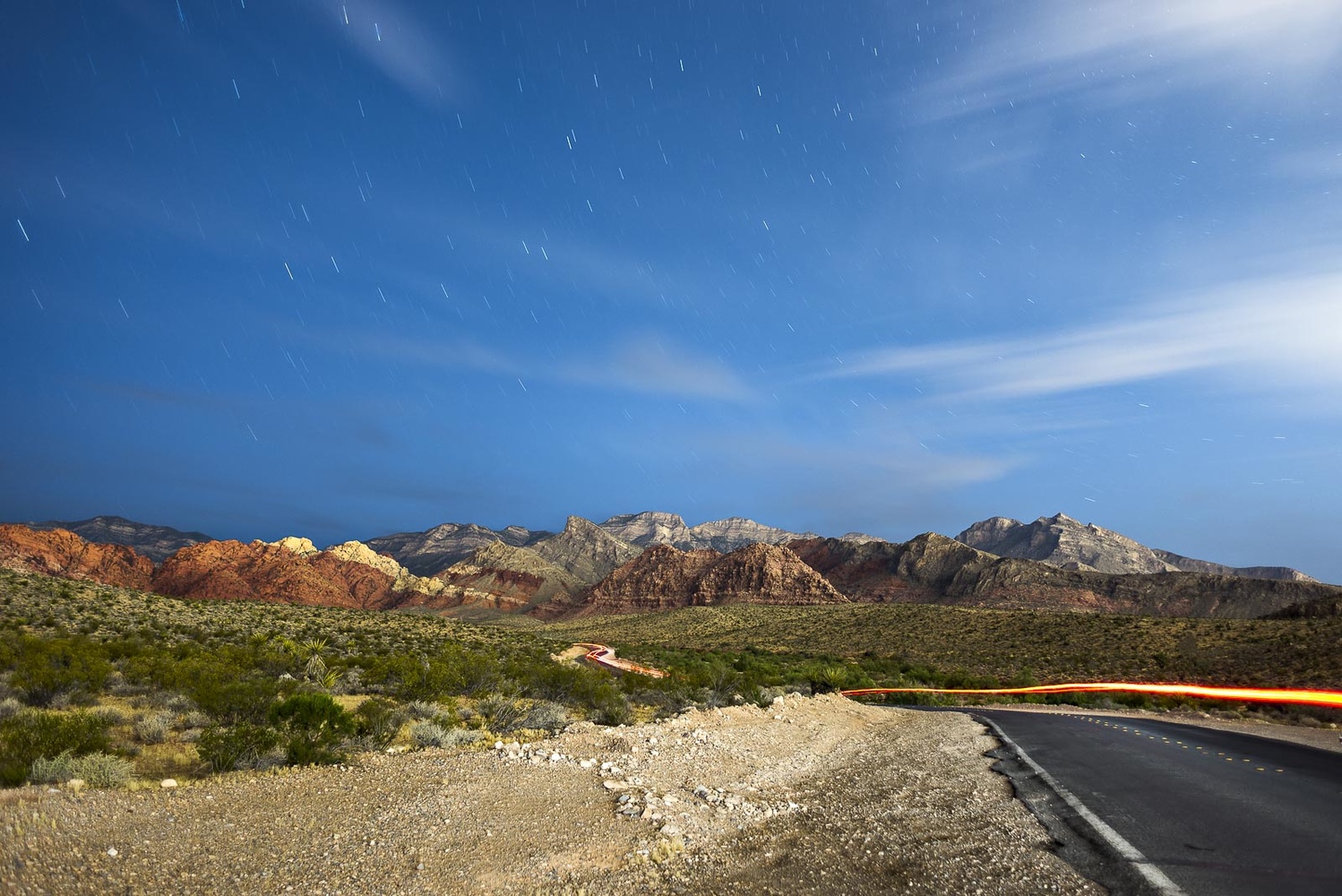 This I already knew was a great thing, but being out in Vegas where I don’t know anyone, talking to people, and asking questions couldn’t have helped me more. Everyone out here was so outgoing and always willing to help us out. We took our trip to the Red Rock Canyon and went to a flying field, where we met Robert and Barry from LV Soaring Club. These guys knew a lot about UAVs and were so excited to meet someone else who came to fly with them. After chatting it up for an hour or so, Robert offered to bring us out to the Valley of Fire the following morning to get there at sunrise. Though it was cloudy, I was able to get some great photos and really get a feel for how big and crazy mother nature is and can be. 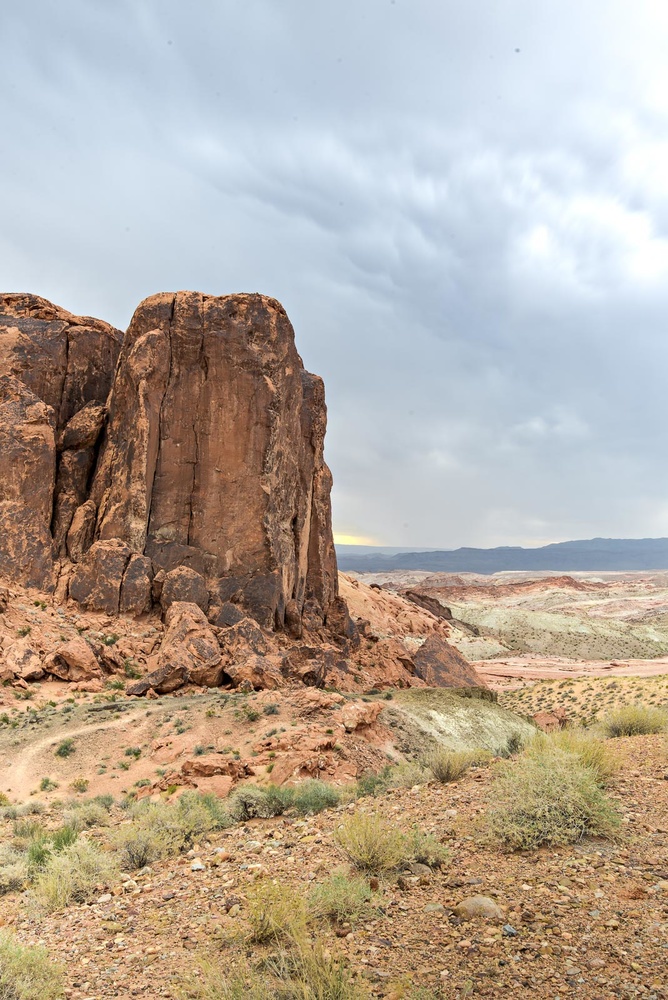 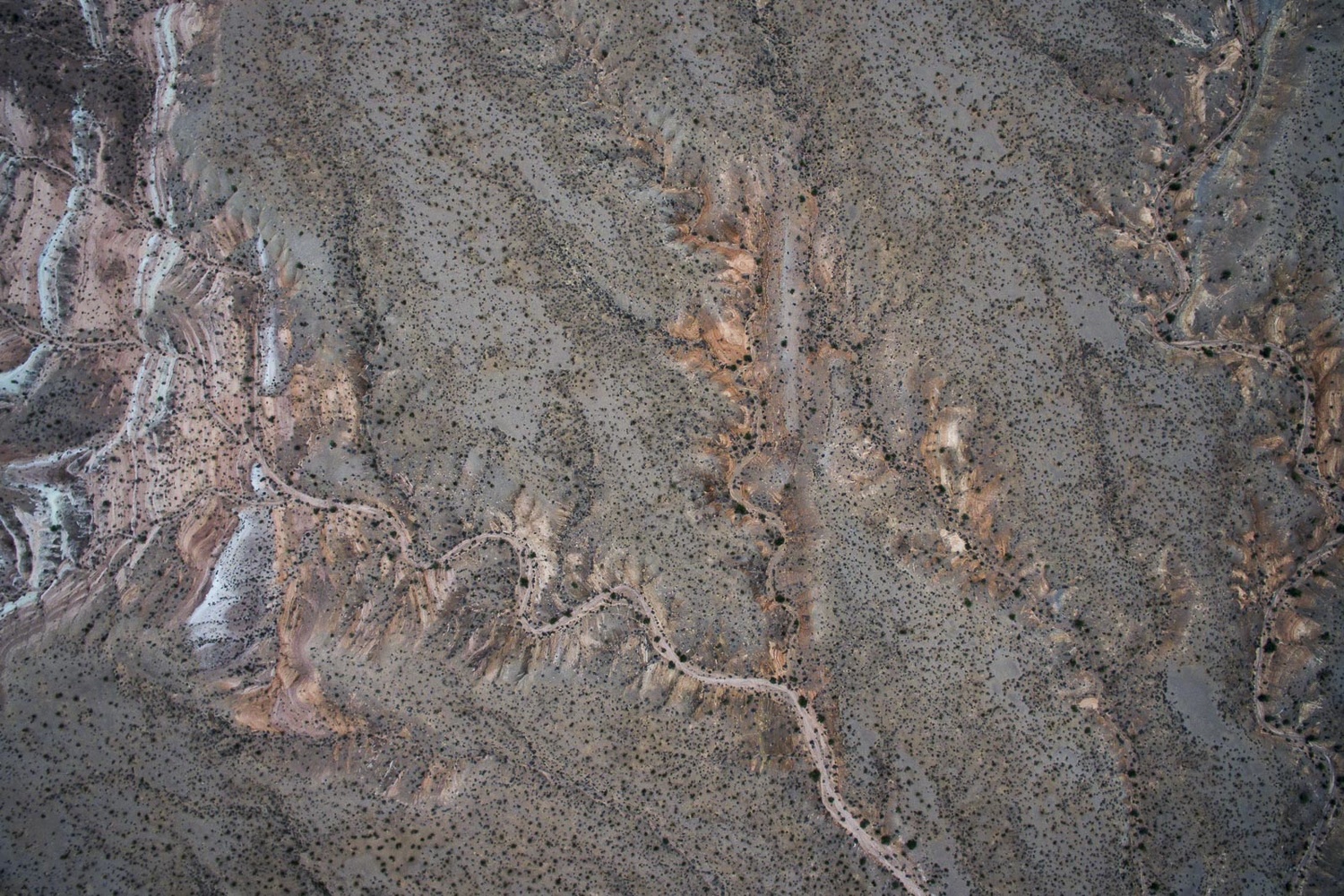 On top of that, I was interested in working with some models and practicing shoots like that. I reached out to a bunch of models via Instagram and Model Mayhem to ask if they wanted to shoot. Pretty much all of them got back to me, but I only really found the time to shoot with one. Kelsey was an awesome girl, really into fitness and very open to do some shooting to add to her portfolio. It was nice to meet up with this stranger and work with her and get to know her a bit through photography. In the long run, it benefits both of us, and we all had a good time. Check out Kelsey's Instagram here. 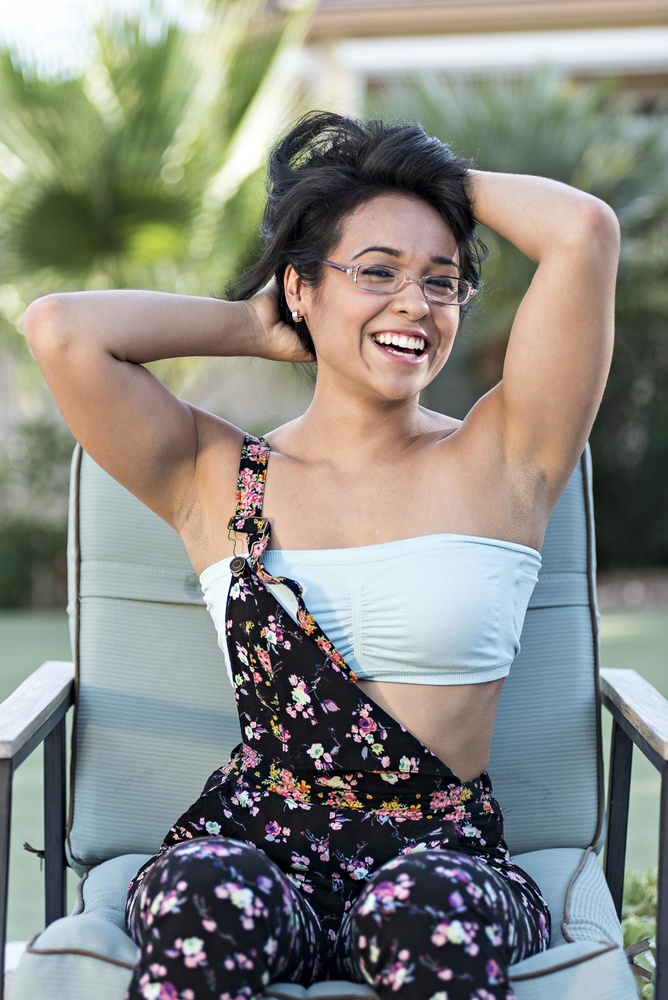 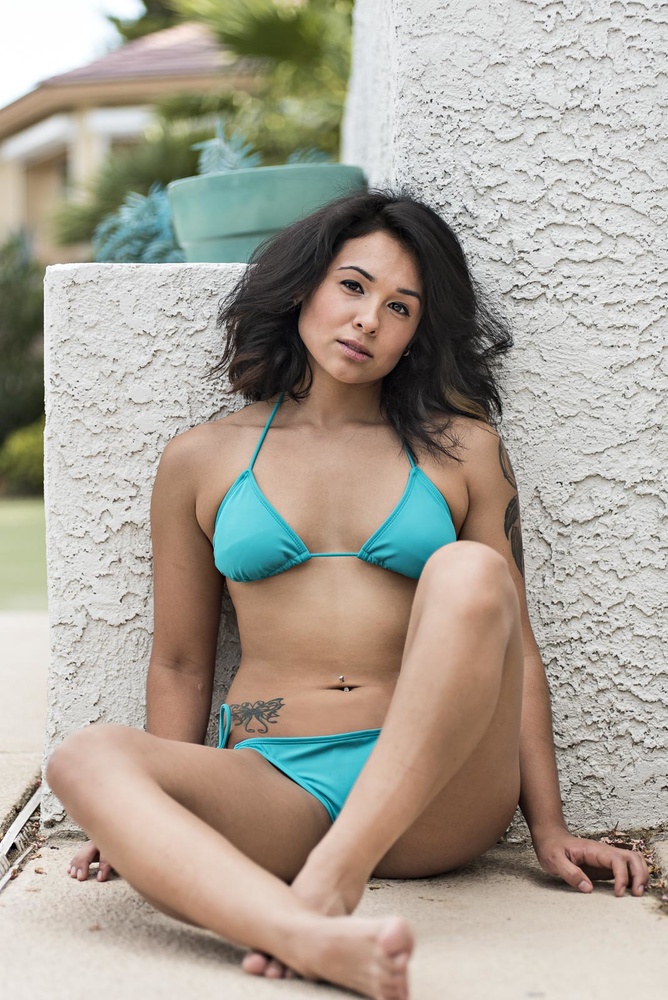 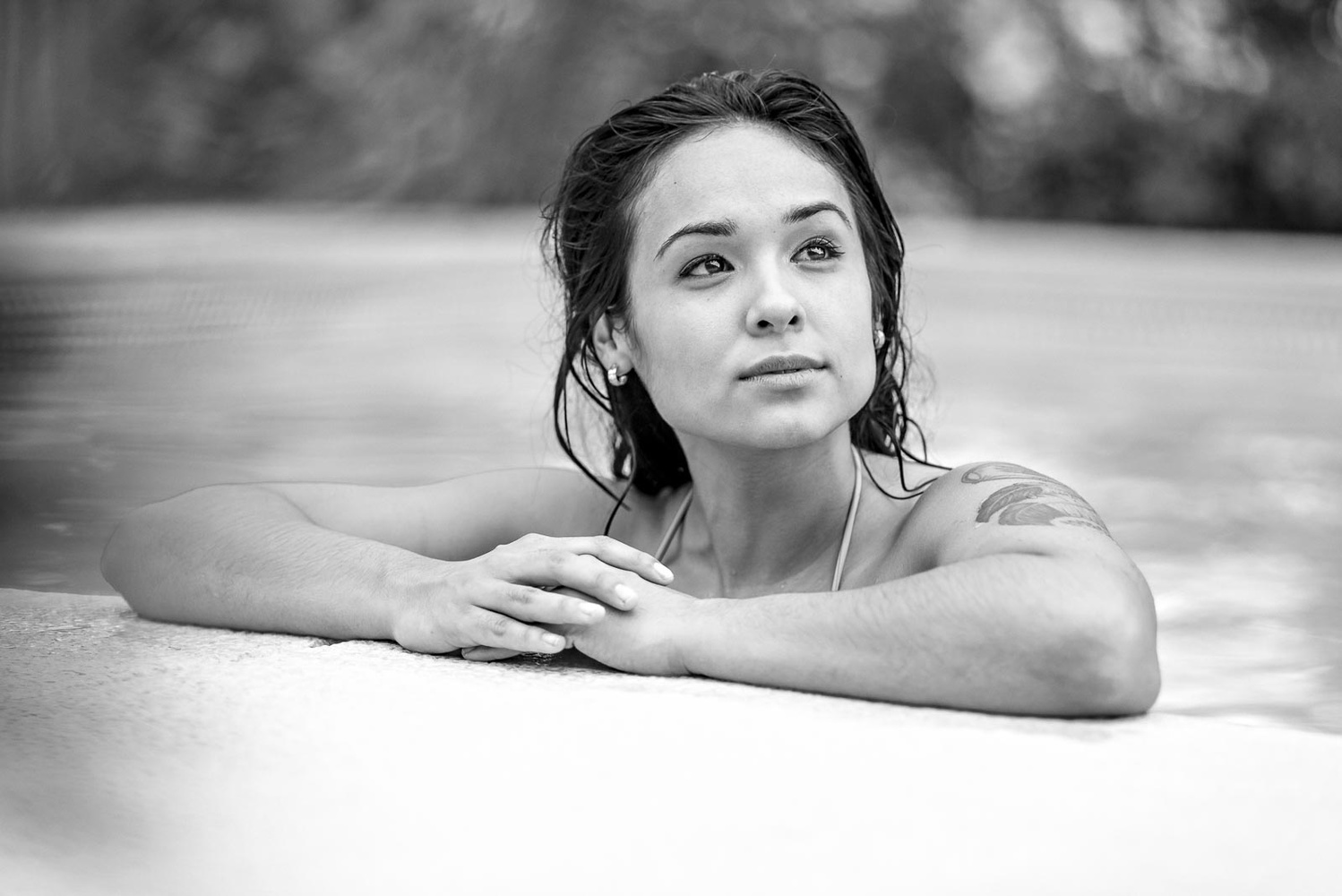 I tried reaching out to a few other photographers to do some shooting as well, but a trip like this can be very unpredictable, and we were busier than I thought we would be. After all of this, I think it is important to reach out to people if you have an interest in doing something with them; if you never make the effort, you won’t know what could happen.

Feel free to comment and leave some of your travel tips. I know maybe I didn’t do everything right, so the advice can always help. Remember you aren’t the only one reading this, so your comments can help others too!

I am interested in having a chat with a photog that travels to other countries for paid shoots whether they are destination sessions and the clients are from your home country or you just travel and do paid shoots for people in other countries.

I'm happy to answer any questions you have. Send me an email to brian@brianceci.com. I've traveled with my equipment a lot. This article has some great points but there's some things I've encountered - particularly with drones - that should be added.

Hey Jeff, I've traveled for several large commercial photography shoots as well as multiple personal projects & situations often involving large amounts of lighting and photo gear. Feel free to reach out at hello@cooperandohara.com and my business partner Thomas and I can chat with you. www.cooperandohara.com to see our work.

Thanks Bryan! I sent you guys an email.

Reaching out to people is in fact very helpful!
I just moved to Norway and what I didn't know before: You need a car for everything!
But of course, first I went to the main tourist attraction which is well connected by public transport.
Camping on top of Preikestolen, I met two Norwegian guys. We chatted, got to know each other and they mentioned that they need pictures for their office, so they want to get mine! Furthermore, I told them about a waterfall which I wanted to photograph but couldn't reach due to the lack of a car here in Norway. So they decided to go with me and spend a night in nature with me there. I got the pictures I wanted, got to know nice people, found future clients, made friends and had an amazing time. Even everything for free! Reaching out for people is the best!

I was never the type of person to really do this, but once you do it opens you up to a lot of new opportunities. I wish I could get myself out to Norway, it looks so nice out there!

I assume you live in Poland? It is in fact very beautiful!
Just take a cheap Wizzair flight to Norway and I'll host you. It can be that easy ;)

I am actually not from Poland haha, thats just my last name! Maybe soon I can find myself a way out there, I would love to see it!