When it comes to editing, most people prefer a pen over a mouse to get finer detail and more accuracy. And the holy grail of this experience is to be able to use your pen on an actual screen. So today, we are taking a look at the Gaomon PD156 Pro.

First, let's take a look at what this device is. It’s very similar to the pen and tablets you have seen in the past. But with some of the older offerings, you are simply using your pen on a larger type of trackpad and still using the screen on your computer to see what you are doing. This works, but it tends to have a disconnect because you are not looking at where the pen is touching. It’s like drawing on a piece of paper while looking at your computer to see the results.

But with the Gaomon PD156 Pro, in place of the trackpad is a nice screen. This takes the experience of drawing and makes it much truer to form. You see where the pen tip is, and you see results as the pen touches the screen. And with the Gaoman PD156 Pro, you get a massive 15.6-inch screen to work with. But, this massiveness doesn't translate to the rest of the device, because the overall device is pretty thin and lightweight.

On the side edge of the device, there is a rocker button that can control the brightness of the device. On the side of the screen, you can find 10 buttons along with a wheel/button combo. The button on the wheel is used to switch between three different settings for the wheel where you can control things like brush size, zooming, and scrolling. For the rest of the buttons, all but one can be programmed to any shortcut you desire. Unfortunately, these shortcuts are not application-specific. So, for example, if I want a set of shortcuts to work while I’m using Lightroom and a different set for Photoshop, I can't do that. But, it is fairly easy to go in and edit the shortcuts for instances where you will be spending the majority of your time in one program or another.

As for the last of the 10 buttons, this one is strictly used to control the settings of the screen. Things like brightness, contrast, black levels, etc. Here, I did find it difficult to get into the settings and make changes. You have to do a weird long press of the settings button to bring up the menu, and then, some of the other buttons convert to a way to select items and you use the rocker buttons on the side to move up and down. It was all very counterintuitive to figure out, and I was left confused by why I couldn't make these adjustments with the pen or through the program used to edit the buttons.

I also am not sure why I can't program the 10th button as a shortcut key since it requires a long press to activate anyway. I also would like to be able to program the rocket buttons to something other than brightness, because for me, once I set brightness, I have no need to make on-the-fly changes, although if you are a user that will use this in varying locations and while traveling, the ability to adjust brightness without the need for the cumbersome settings menu would definitely be a bonus.

In actual real-world use, this tablet is pretty amazing. The pen is super accurate and comes with its own set of two customizable buttons (but has no eraser on the end like other pen offerings). When drawing, the lamination of the screen gave me a good amount of resistance with the pen tip, so it felt like drawing on paper rather than a smooth screen. This friction did cause some audible squeaking, though, which seemed to fade a bit with use, so I’m hopeful it will disappear after more time with the device.

When it comes to the screen in real use, I do wish the resolution was a bit higher. Coming in with a 1,920x1,080 resolution, it’s definitely not bad and is on par with other offerings from the competition, but obviously, with such a large screen size and close working distance, the more resolution, the better.

One of the things I love most about this device, though, is the connection to the computer. I hate needing a ton of cables to connect to the computer plus the added bulk and inconvenience of needing to plug into an outlet, so I was instantly disappointed when I first opened the box and saw numerous bundles of cables and a power supply. But thankfully, you only need one of the supplied cables so long as you use a USB port that can supply power. This one cable is a USB/HDMI combo cable that gives you the USB and HDMI connections on one end and then a single USB-C end to connect to the tablet. Another added bonus I found is that if you leave the HDMI end of the cable unplugged, the tablet still works, and you can revert to using it like older devices that more resemble a trackpad. You can even limit the working area within the settings program so you don't need to use the entire 15.6 inches of screen in order to draw across your working area when using the tablet in this way.

In addition to the tablet, you also get an assortment of accessories: things like a pen holder, extra nibs, a nice glove to help your hand glide on the screen when drawing, and an adjustable stand. This stand allows you to adjust the angle of the tablet from a mostly flat position all the way to mostly upright. This allows you to use the tablet as a second monitor if you’d like. But if you do decide to use the tablet as a second monitor and still want to draw on it, you will need to change the settings within the Gaomon software, or else the pen will continue to control things on the main display. But having the device set up as a second monitor is a nice feature, because you can draw on the tablet while playing a movie or something on the main display.

Overall, I feel this is an extremely nice device. There are a few quirks here and there (mostly things that could be fixed with a software update), but even so, I think it's a great product at a decent value. Coming in at just $399, it's hundreds less than some of its competition and has a larger screen as well as more features.

Not sure wat the differences are, but they have a similar model for $100 less
https://www.amazon.com/GAOMON-Display-Drawing-Shortcut-Windows/dp/B075WS...

The 21-inch model is only $40 more than this one reviewed here:
https://www.amazon.com/GAOMON-Full-Laminated-Adjustable-Stand-21-5-Tilt-...

Both of those look to have the stand built in which makes it more difficult to travel with and/or draw while in your lap. The one for $40 less also doesn't have the wheel as part of the customizable buttons ☺

I don't think either one of those would be much of a detriment, I suppose more of a personal taste. The 21-inch model is obviously not aimed at the travel crowd either. :-) The real difference that I see is that the cheaper 15 inch model has a slightly smaller gamut (72%NTSC) versus this one (88%NTSC), while the larger model has a wider gamut (91%NTSC). The gamut, similar to AdobeRGB, is missing some blue available in sRGB. As much as people piss on sRGB, it's the 'Net standard, and if you need to CC for web it may be good to additionally check with a monitor that is 100% sRGB compatible, depending on the product, of course.

All these models look like good deals tho, especially if the need is more artistically driven than commercially driven. 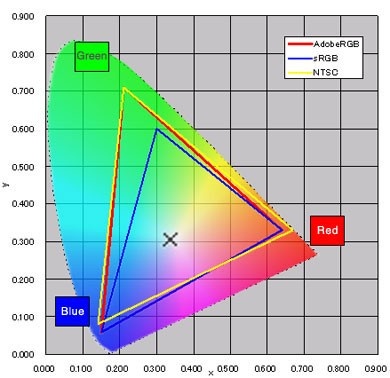 Can you guys do a YouTube review on this product. The reviews on YouTube currently are from foreign unknown sources. Would love to see how lightroom and photoshop integrate with this pad.