Over the past few years, Zhongyi Optics have introduced several lenses in their Mitakon “Speedmaster” series of reasonably-priced, well-constructed, super-fast manual focus lenses. The 35mm f/0.95 Mark II lens falls straight into that category. We’ll be looking at the Fujifilm mount version, but this lens is also available for EOS-M and Sony E cameras. So, let’s get into it and look at sharpness, build quality, and, of course, bokeh.

I picked up this lens a little over a month ago and was initially a little disappointed with it. It didn’t seem to fit the Fujifilm system all that well and it certainly didn’t fit my style of shooting. That would all change over time as I got used to the way it was designed and learned to work with it for certain types of shooting. It’s certainly not an all-rounder, but it is a beautiful lens and one worth considering if you like to shoot wide open a lot.

The all-metal-and-glass construction of the ZY Mitakon 35mm f/0.95 makes for an “old-school” feeling lens. When I first picked it up, I found it reminiscent of the Nikkor 35mm f/1.4 I used to use on my old Nikon FM. The resistance in the focus ring and the weight were the first things that stood out to me.

At 460 grams and just 63x60mm in size, it is a stocky lens that feels very solid in the hand. It's almost too heavy on the smaller Fujifilm bodies and I found that it felt best on the X-Pro2. On the X-T2, or especially with the smaller bodies, it tips the center of balance too far forward and I felt like I was constantly supporting the lens and not the body. Compared to Fujifilm's 35mm offerings it is much larger and heavier and you will instantly notice the difference.

The aperture ring is positioned at the front of the lens and is declicked. Both of these things feel rather strange on a Fujifilm body at first and take some getting used to. The aperture ring is far too easy to knock in the position it is in. Perhaps a lock switch would help to stop it from rotating with everything it touches. I have found that keeping it at f/0.95 (and let's face it, that's why you buy the lens) is quite difficult in the field. I'm constantly having to check the ring before I raise the camera to my eye. This declicked design may be useful for video shooters, but to be honest, I'd prefer a clicked aperture for stills.

The front element of the lens also sits disconcertingly close to the end of the lens barrel and the package doesn't come with a lens hood. This is disappointing in a $500-plus lens and I would hope that ZhongYi includes hoods with their future lenses. There are a few options out there from third-party manufacturers, so you can certainly get one to fit. 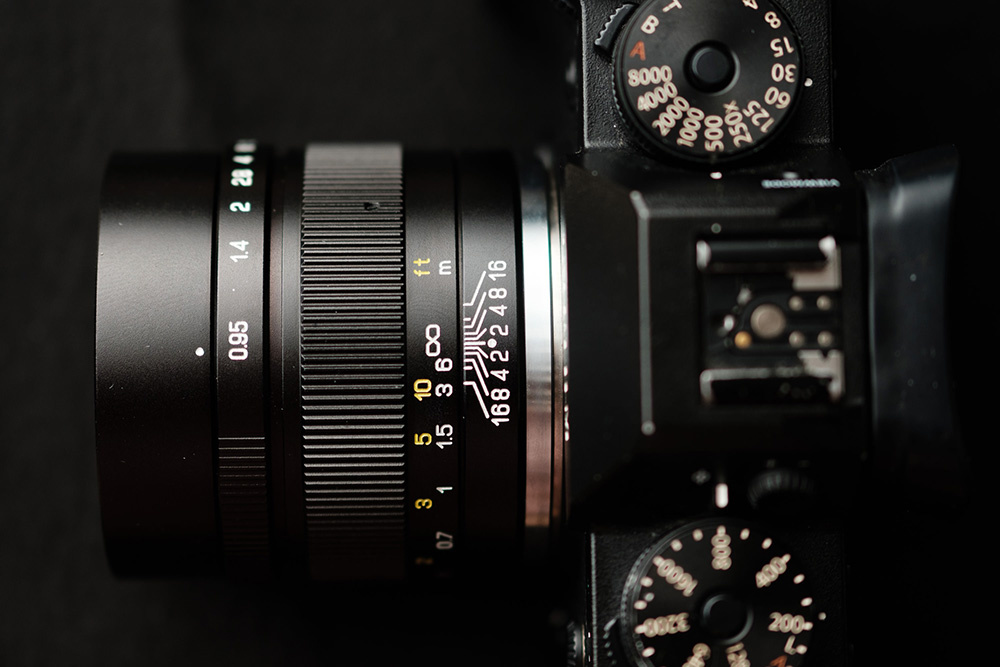 Honestly, I wasn't expecting much from this lens and sharpness was not the reason I purchased it. Plenty of fast primes are there just to be fast and actually don't perform that well wide open. I was, however, pleasantly surprised with its performance. It's no Sigma Art series lens, but it performs admirably for a third-party prime with an aperture of f/0.95. It can be hard to focus, though. Focus peeking falls apart in anything by ideal light. You'll know instantly when it's out of focus because everything turns to mush outside of the razor-thin in focus area.

At f/0.95 you're going to see most of the lens' beauty, and the sharpness is certainly useable here. Stopping it down improves sharpness and contrast while reducing chromatic aberrations as you would expect, but the lens never gets quite as razor sharp as either of the Fujifilm offerings. If pure detail is what you're after, this is not the lens for you.

One other thing worth mentioning is that I'm really talking about center sharpness here. The corners are extremely soft wide open and the extreme corners don't resolve much detail at all until f/11 or even f/16 at close distances. Again, that's not what this lens is for. If you're looking at sharpness across the frame, Fujifilm has some great offerings. 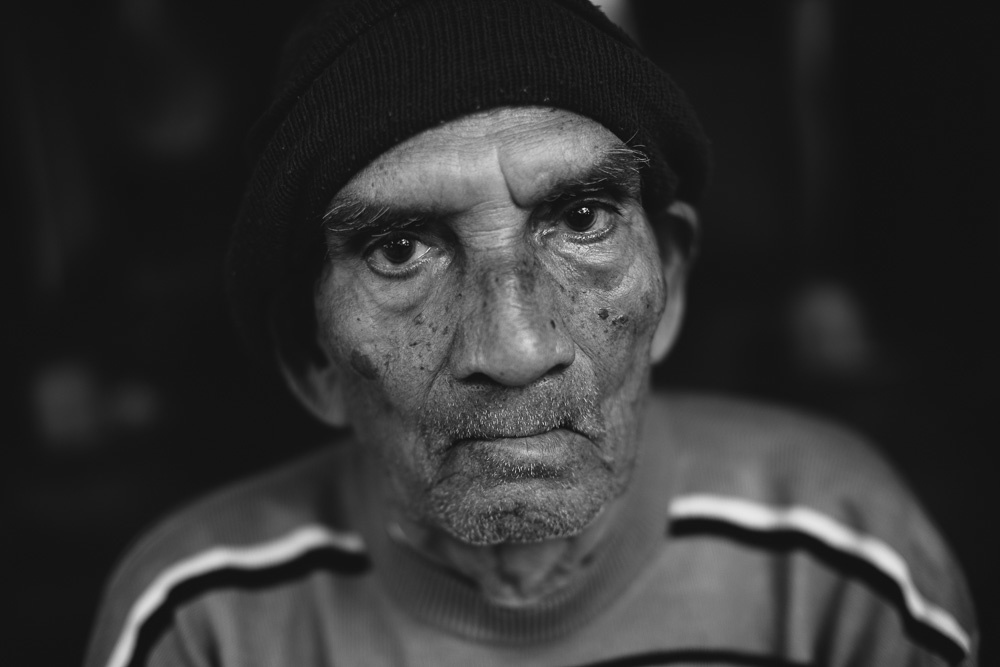 For those of you who don't enjoy a vignette, this lens is going to be a nightmare. Wide open it is significant and covers the whole frame. It doesn't matter if you stop down, either. It doesn't completely disappear until f/11. Before that, it just moves further and further from the center while maintaining its dark corners. Unless you're shooting monochromatic spaces, it's easy to correct to a certain degree in post, but it has a non-uniform pattern than can make it tough to remove from skies or other large monotone areas. 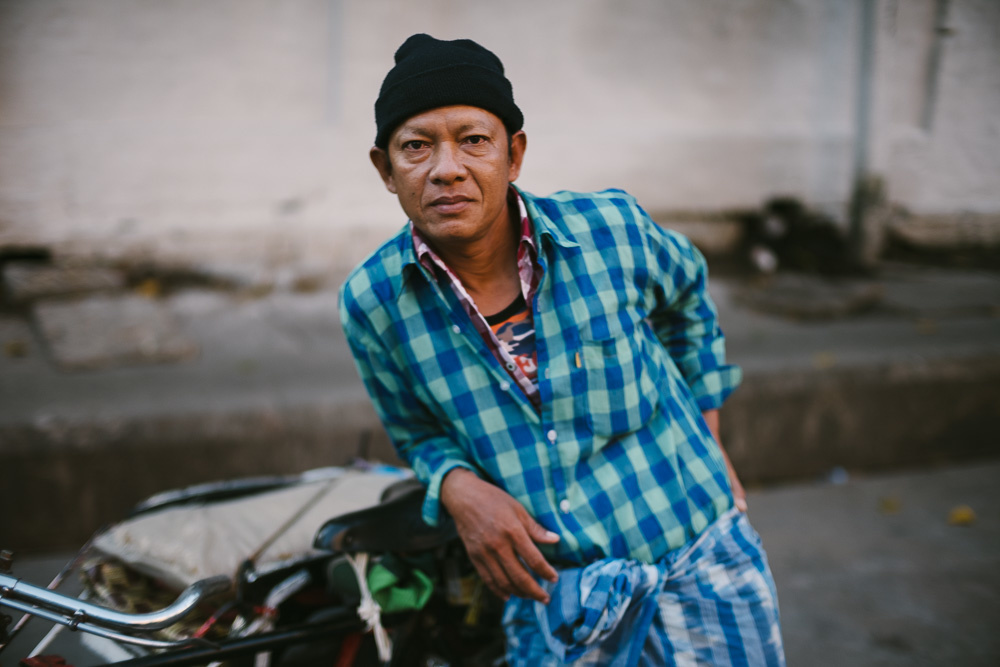 I'm a fan of flare. I love to play with every new lens I get to test the characteristics of the flare and see how I might be able to incorporate it into my work. This may be the first lens I've owned that I simply try to keep away from any stray light. It flares quite extremely when any light enters the lens directly and not only do you lose a lot of contrast, you also get some rather ugly artifacts that can sometimes cover a large amount of the frame. If I have a little extra time, I might play with it as you can get blazing red circles if the light (at f/1.4) hits it just right, but it can be hard to do. Thankfully, the Fujifilm viewfinder gives you a real-time preview of the flare that you can work with to make sure you get it just right.

As you stop down, the flare changes significantly. Wide open, you will get what can be described as a “hairy white circle.” See the images below to get an idea of what I'm talking about. Once you reach f/1.4, that ring starts to turn red and artifacts that resemble the Lens Flare filter in Photoshop will start to appear. By f/2.8 these green and pink flares are all you will get. It pays to be very careful with backlit situations when using this lens. 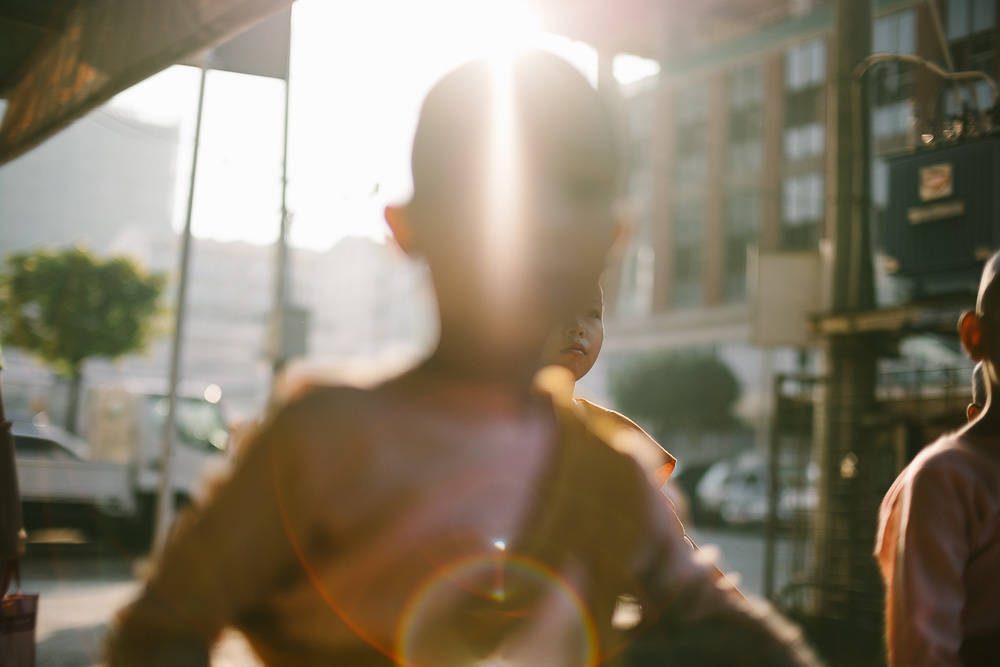 This is why you really buy an f/0.95 lens; buttery sexiness in the background. The Mitakon Speedmaster does not disappoint. Backgrounds are soft and fall away extremely quickly at f/0.95. I find the out-of-focus areas to be quite pleasant, although they can be a little busy with things like backlit foliage. Wide open, the "cats-eye" shaped "bokeh balls" are distinct and pleasing, however stopping down even slightly renders the edges of the nine aperture blades very clearly and, in my opinion, makes it worth shooting wide open.

Overall, this lens does what it is advertised to do. It is an exceptionally fast lens with beautiful rendering wide open. Although not an all-rounder, that's not what it's made for. If you're looking for that super narrow depth of field and a fun lens to use, this is your bet. If you're after something a little more technically perfect or need the autofocus, the Fujifilm offerings are certainly better choices. Take a look at the ZhongYi Mitakon 35mm f/0.95 on B&H. 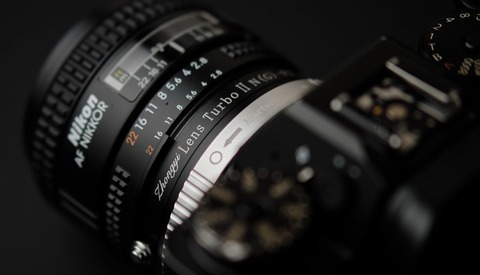 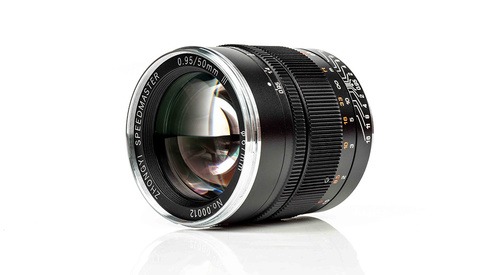 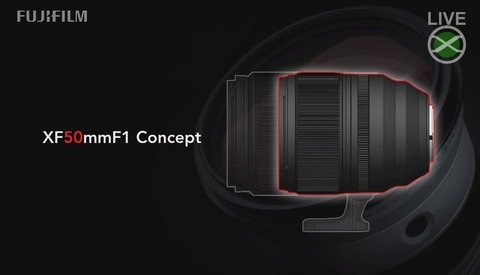 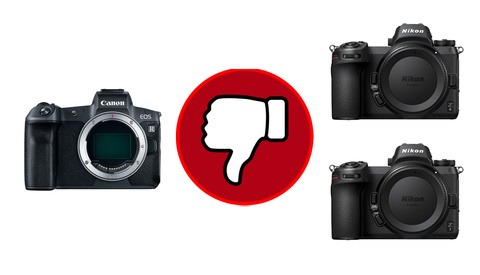 Gear / March 20, 2020
Why You Should Spend Big on the Camera, Not the Glass
Log in or register to post comments
5 Comments

Do you have bokeh examples?

I bought one of these a couple weeks ago. It was discounted down to $479 at B&H. I had been in Hong Kong a week earlier and couldn't find anyone selling it. I resolved the de-clicked aperture ring problem with a strip of gaffers tape to keep it fixed at f .95 (the only reason I purchased the lens). I've been experimenting with using it for portraits. Using Fuji's focus peaking feature it's easy to hit focus on eyelashes. 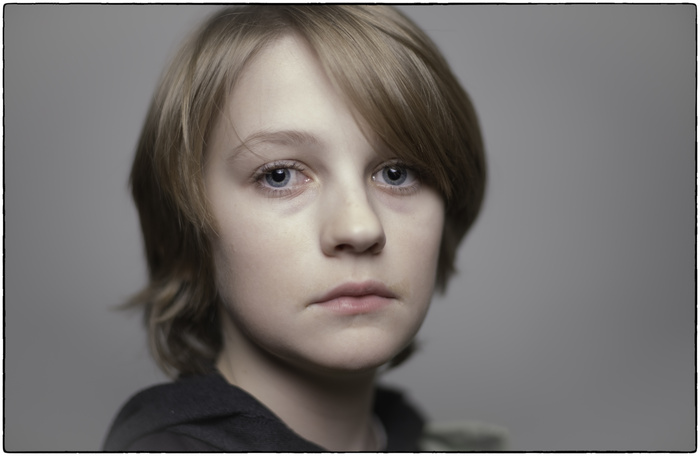 Yup, I am also taping that sucker down. :-D

In an otherwise useful and comprehensive article, the following left me scratching my head. What, exactly, do you mean by...

"It can be hard to focus, though. Focus peeking falls apart in anything by ideal light."

It might be worth pointing out that focusing a lens with such shallow depth of field should use the same technique as when focusing with a macro lens. Leave the focus alone, and move the camera toward or away from the subject, until the desired-sharp area comes into focus.

What I understand is that the focus peaking is less accurate as the live view increases its ISO, because of the noise that confuses the phase/contrast detection sensor, or whatever. It ends up showing the peaking in the artifacts that high ISO generates.
At least that´s what happens to me with my Fuji X-T1. Bit frustrating...