One of the big concerns for many moving over to the Fujifilm X and GFX systems has been options for flash support. In all honesty, most of these issues were non-issues for the majority of users. Fujifilm has had their own set of speedlights for the systems, and all single-pin “dummy” triggers like the PocketWizard Plus X or many of the others offered by other manufacturers have always worked to trigger off camera flashes. Fujifilm also introduced both TTL and HSS to the system some time ago. However, Godox is the first flash brand to offer a fully Fujifilm compatible option. Let’s look at what they have on offer.

Possibly the most important thing of note within the Godox ecosystem is that nearly every unit, from their studio heads to their speedlights (and even the mobile phone flash) have their 2.4 Ghz “X” system built in. This means that every flash they make can talk to every other flash. Some have only slave functionality, some have master, but they all communicate. This is what made these recent announcements so exciting for Fujifilm users. It meant that there would be “one flash to rule them all” as it were.

It is also important to note before we get started that Godox's support isn't limited to the Fujifilm system. For quite some time now, they have offered Nikon, Canon, and Sony support. More recently, they have also added Olympus support as well. So, even if you're not a Fujifilm user, the flashes and triggers below may have a version to support your system. 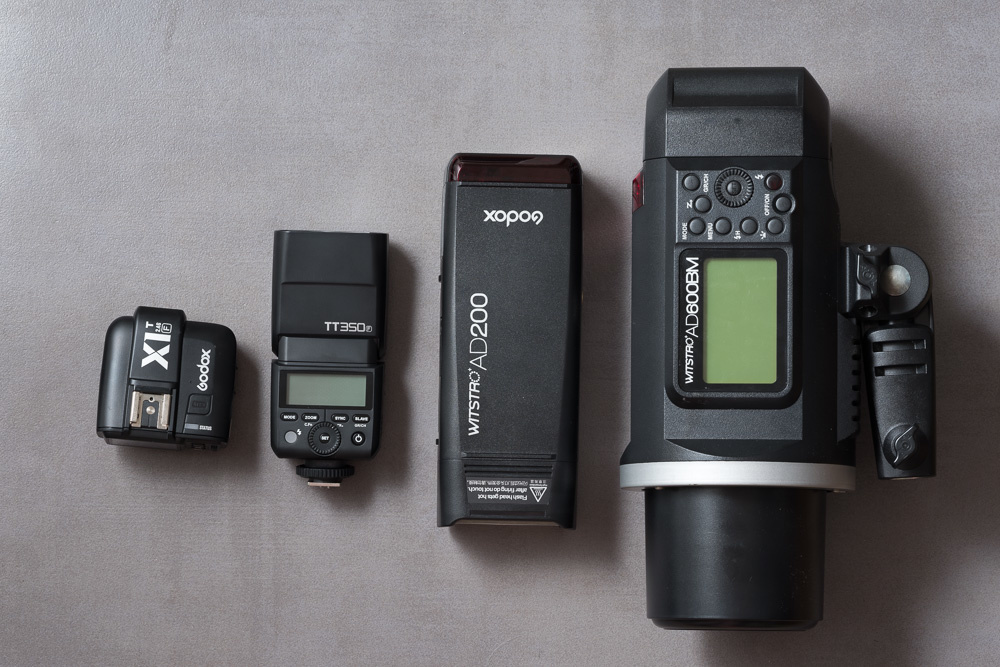 Starting with the TT350F, Godox began their complete Fujifilm support. This little flash is the perfect size for the tiny mirrorless bodies and offers not only full access to TTL and HSS while it’s mounted on your Fujifilm camera, but complete control of Godox’s entire lineup as a master flash. In a tiny little package that runs on only two AA batteries, Godox revolutionized the capabilities of the Fujifilm X & GFX cameras as a fully flash-capable system overnight. You can read my full review of this unit to give you an idea of what this little flash is capable of.

Next up, Godox’s flagship trigger was updated to support the Fujifilm system in the form of the X1T-F. This gives you a slightly smaller package with which to control all of your off camera lighting. Also fully supporting the Godox system and all of Fujifilm’s technologies, this unit brought another way to jump into the Godox system. It’s a little bulky on the X series cameras but feels right at home on the GFX.

These are Godox’s larger speedlights and are more akin to the flagship models from Nikon and Canon. They are essentially the same unit, but the 860 model uses a proprietary battery to deliver power more quickly, thus improving recycle times, whereas the 685 model uses standard AA batteries. Again, both can operate as a commander, slave, or simple on-camera unit. With their guide number being almost double that of their little brother, these put out almost a full stop more light than the TT350F. If you're looking for an all-around speedlight with a little more power, this would be one to consider. 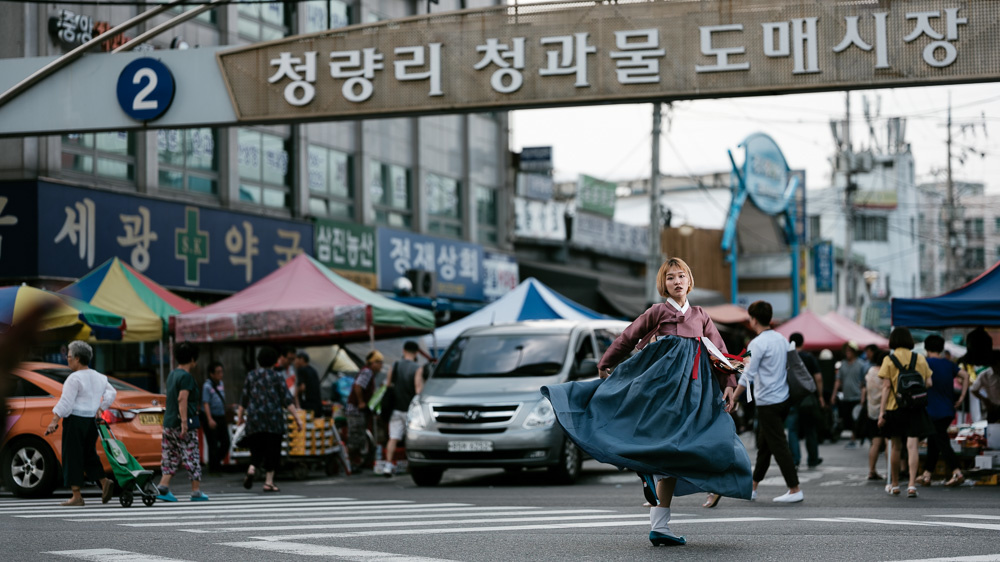 Right away, Godox also released firmware for their most popular bigger units, the AD200 and AD600 to support TTL and HSS for Fujifilm cameras. That means that you can pick up the new X1T-F or one of the speedlights, mount your 56mm f/1.2, and shoot wide open in broad daylight now. You have full access to these units through any of the triggers, and it works amazingly well!

The images in this article were all shot using the AD200 triggered by the X1T-F trigger on a Fujifilm GFX. So, as you can see, HSS works just great on Fujifilm's medium format offering as well as it uses exactly the same flash system in the camera.

No system is perfect, and this one has a couple of small annoyances. One I believe Godox could fix quite simply themselves in future releases, and the other would require work on Fujifilm’s part in cooperation with Godox.

The first is exposure feedback. My Nikon speedlights, when used in TTL or HSS, will beep at me frantically if they can’t put out enough light to satisfy what they determine is a good exposure. This is extremely useful as it lets you know when the flashes aren’t fully recycled (sometimes because the batteries are dying) or when you’ve pushed the limits of what the flashes can do.

The second is kicking the system into HSS automatically when the shutter speed goes above sync. At the moment, your options are front curtain, rear curtain, and focal plane (HSS). So, if you’re shooting go from 1/8 second at f/16 (with rear sync) to 1/500 second at f/2, you need to go into the Fujifilm menus, change the camera to FP mode. If the camera could recognize the Godox trigger as supporting HSS and automatically switch the camera into FP mode, that would be a real boon.

Godox have done a remarkable amount in a remarkably short amount of time and there are still a few things to be fixed, but overall, the system is very easy to use. All you need is a trigger or commander flash on the camera (make sure your camera flash function mode is set to TTL for the system to get cues from the camera) and a remote flash set to slave to receive commands. Everything else is done for you.

You have control of five different groups from the X1T-F or three from the speedlights. If you’re a manual shooter like me, the controls are all at your fingertips and can also be used in HSS. If you’re a TTL shooter, just flick the group you want to control over into TTL mode and let it do its job. I occasionally use TTL when shooting off the cuff group shots at corporate events, and so far it’s worked just fine. 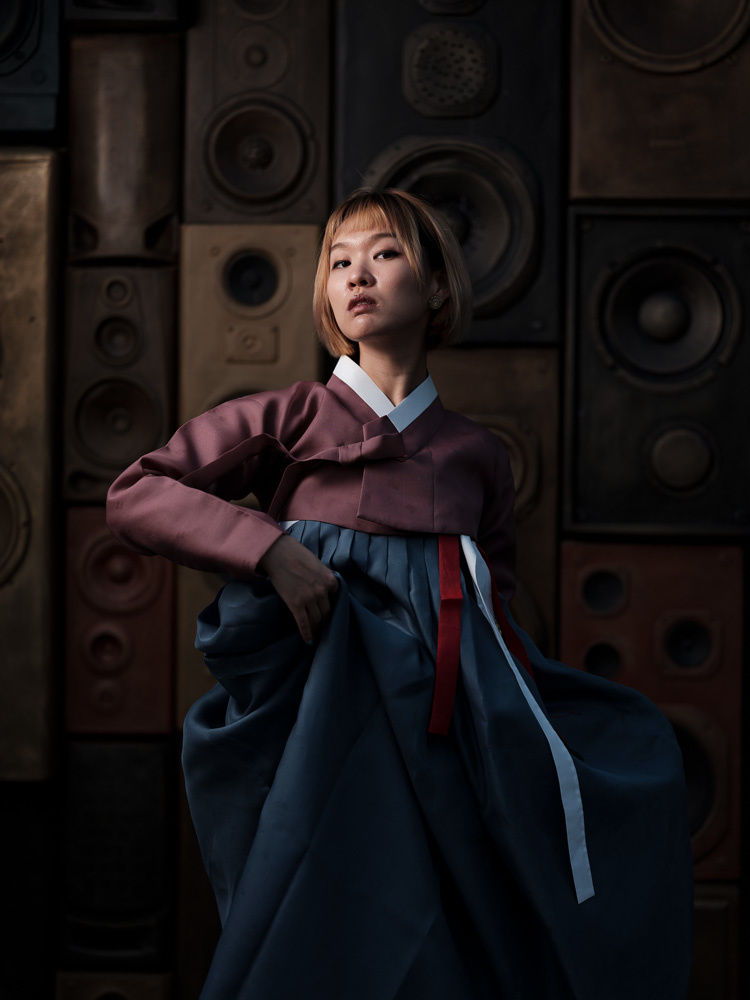 Godox's customer support and supply chain may not be for everyone, but in my experience, they are a great option. Their ability to innovate and update their products quickly is impressive and gives systems other than the big three a chance to access modern technologies in off-brand lighting. They offer a huge range of different options, and should definitely be something you look into when next purchasing a flash. The Fujifilm support is almost perfect, and will hopefully continue to be expanded on in the coming months.

*shakes fist* damn it, I really was keeping my Canon and not going through the BS of swapping out everything because there wasn't the flash support. Now there is... I guess the thing I would wonder is can I control my current AD200 and AD600 with the X1T-F? hmm.

Yes, they are "multisystem" - you just need to match this transmitter to camera and it will comunicate with any Godox 2.4GHz flash ;)
PS. Check their webpage for firmware updates for flashes and transmitters ;)

Everything is great, but this transmitter is unusable on rangefinder-like models - it blocks shutter trigger :D

I bought their smallest flash for sony just to use as an on camera trigger. That might help.

At the rate they're going, Godox is poised to become the defacto lighting reference for all other makes to follow. Truly innovative company.

Indeed they are! I have 4 of their speed lights and 2 AD200's and they work great.

i guess you never heard of Cattus flash? a great system out about a year ago. but for my Olympus i will pick up the Goodx tt350o because the pricee is right, the system is size compatible and the quality good.

This statement is false.. "However, Godox is the first flash brand to offer a fully Fujifilm compatible option." Cactus v6 MKII already has Fuji ttl and hss and remote power adjust, along with they can coexist with different brands of flashes all mixed TTL and HSS.