A to Z of Photography: Fujifilm (Part 1)

F is a big letter of the alphabet photographically speaking and so, to mark this, the two topics in this post are split in two in order to do justice to them. First up is the iconic brand Fuji.

FUJiFILM Holdings — Fuji — is a longstanding camera manufacturer headquartered in Tokyo, Japan. In stark contrast to Bronica who operated post-war and began with the production of a medium format camera, Fuji was founded pre-war (1934) and were a film manufacturer. During the 1940s they incorporated the design and manufacture of optical instrumentation such as glasses and lenses, before expanding in to print, electronic imaging, and magnetic materials. In 1962 Fuji formed a joint venture with Xerox to market photocopying equipment in the Asia region.

Fuji rapidly became the single largest manufacturer of film in Japan, gaining significant market share worldwide. Many of their brands, such as Neopan and Velvia, have become synonymous with specific styles for photographers. Their expertise in color and tone is used extensively in their digital products with a range of different film simulation modes. 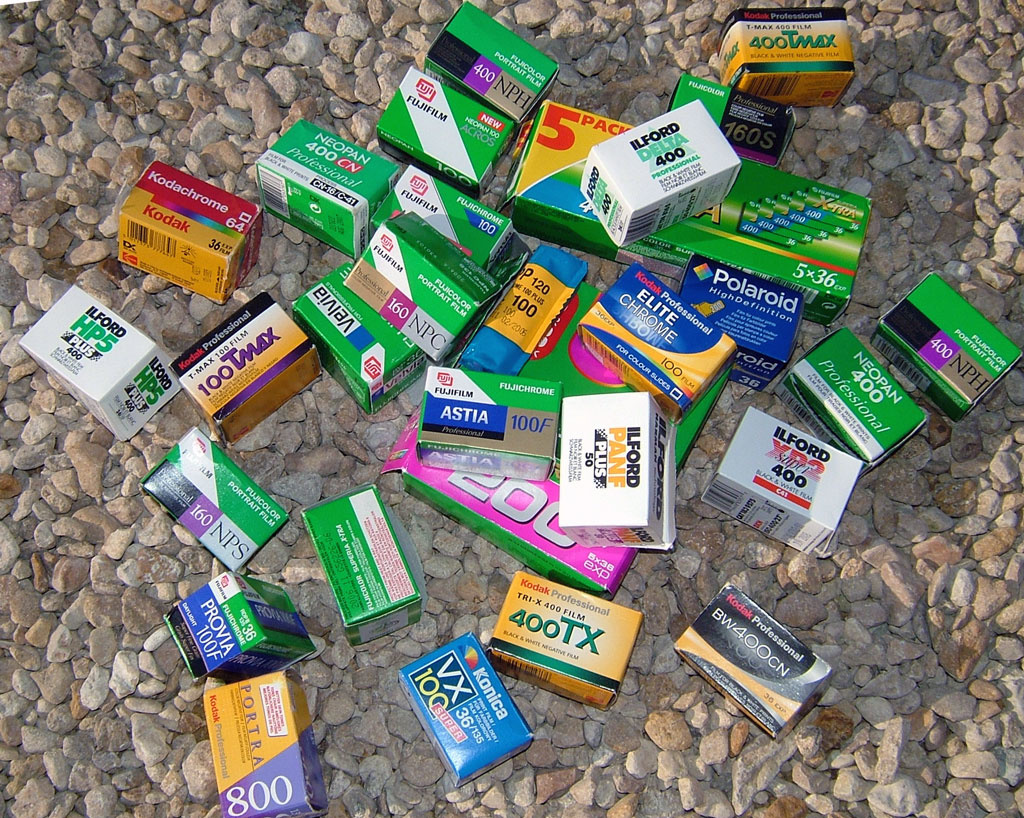 Fuji produced their first camera in 1948, the Fujica Six, a beautifully crafted folding 6x6 viewfinder. I love the diversity of innovation they claim for the 1980s: the manufacture of floppy discs, creation of the disposable camera, and the first digital camera (unlike the 1981 Sony Mavica which was an electronic still video camera or Kodak's 1975 beast). Two of those we now think of as antiquated! The Fujix DS-1P (and subsequent DS-X) was released at Photokina in 1988 to great fanfare as the first camera to use a fully digital workflow saving images from a 2/3" CCD to a memory card. The main limitations to digital camera production in the 1980s were both the high cost of semiconductors for memory cards and manufacture of imaging sensors. Fuji took the economic plunge and jointly developed a 2MB memory card (with Toshiba) to record their 0.4MP images to. It all sounds a little trite now when we look at these specifications using our 2019 eyes. If you bought the entire system, which comprised camera, memory card, card reader, and a Digital Audio Tape drive, then it would have set you back $20,000. If you you think that sounds a lot, then think again. When you factor in inflation, that is equivalent to somewhere around $40,000 today! Yes, Fuji were marketing a camera at a similar price point similar to Phase One or Hassleblad today.

Fuji is an interesting example of a company known as a film manufacturer that successfully pivoted, or led the way, into the digital world, in stark contrast to their US counterpart, Kodak, who oversaw a gargantuan corporate blunder. Of course the truth is a little more nuanced as the history above suggests. Fuji had manufactured cameras since 1948 and garnered extensive experience of the imaging market. That experience was extensive since it designed, manufactured, and sold into consumer, professional, and commercial markets.

The development of digital cameras should, at least in part, come as no surprise. They were also a large company (currently 78,000 employees) that had vertically and horizontally integrated across markets: they made cameras, lenses, and film, that developed and sold into business and medical imaging applications. The key question was not whether they would transition to digital, but rather how they handled the downsizing of their film business (and one that Kodak should have asked themselves more carefully).

That they took such an early lead was likely down to industrial design, electronics experience, and manufacturing expertise. Their camera business began gaining traction in the 1960s with a number of different designs, however it was from the 1970s that development gathered pace with a 35mm SLR range, initially using a screw mount and subsequently bayonet based (using the original X mount). However they also manufactured medium format (fixed and interchangeable lens), compact, subminiature, disc, instant, and APS cameras amongst others (see the CameraWiki).

The production of point-and-shoot the DS-1P was perhaps understandable: simplify the optical design in order to simplify the electronic design. That it ushered in an era of SLR abandonment from which they haven't returned is a fascinating business decision. There were still Fujix branded SLRs, but these were produced in collaboration with Nikon such as the DS505 (or Nikon E4 depending who you bought it from). This was the first digital camera that gave the same field of view as a 35mm film camera, paired with a 1.3MP 2/3" sensor — and in the same vein as the DS-1P, it cost $15,000. The early 2000s saw a slew of Finepix S-series DSLRs using Nikon bodies. However it was the oeuvre of compact cameras that followed, using the tried and tested mantra of "pile it high, sell it cheap" (or not so cheap) that marked Fuji's digital offerings. 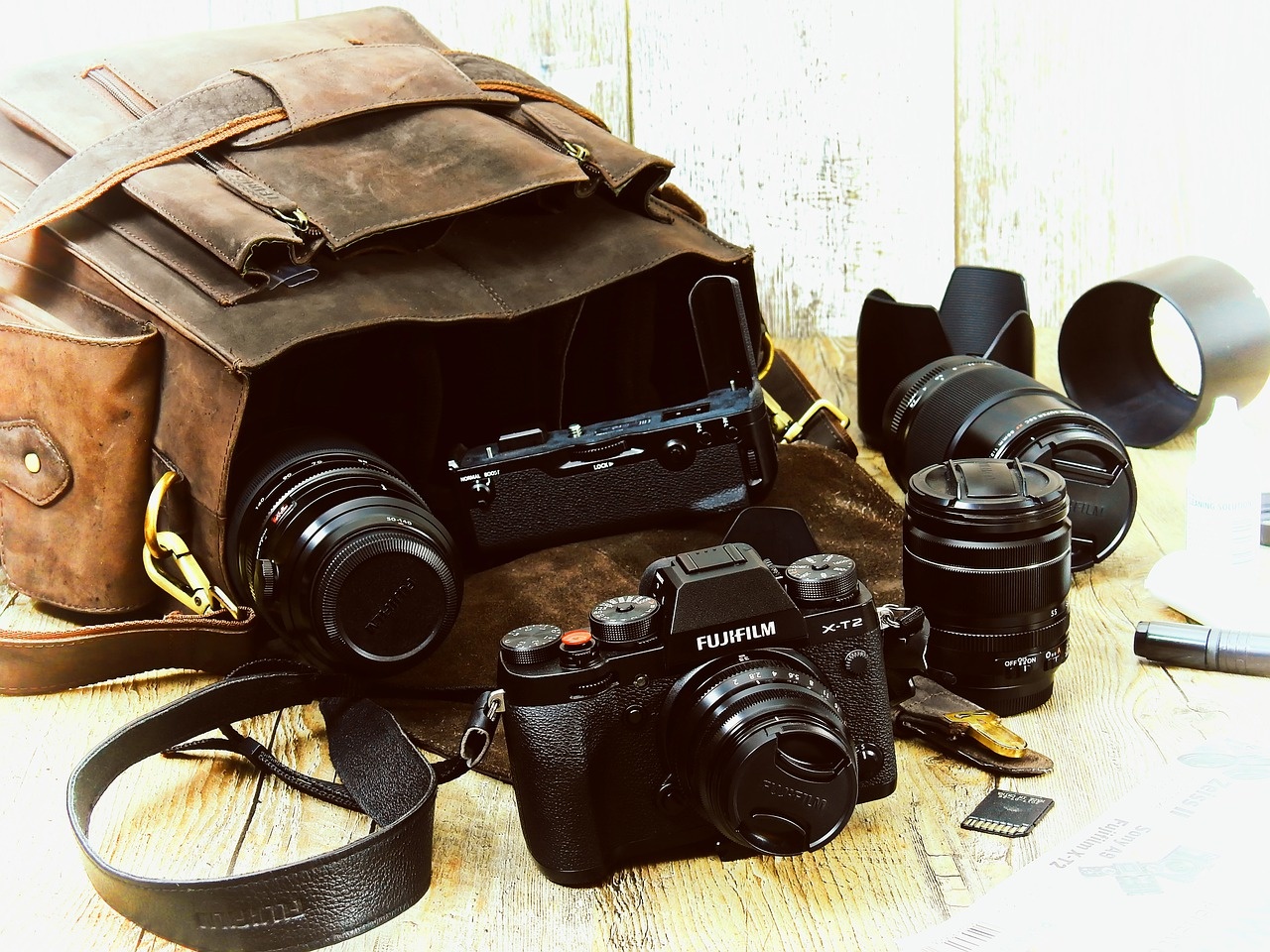 That is, they were the offerings, until that market segment imploded with the creation of the smartphone. Fuji had to find a new direction of travel and, internally they must have pondered going DSLR or following Panasonic and Olympus in to the new territory of mirrorless and micro-four thirds. Thinking of market segments again, high value, portable, cameras that sat above compacts, but weren't as expensive or sophisticated as full DSLRs. To test the waters they released the retro-styled X100 which was based around their own X-Trans APS-C sensor, using a hybrid optical viewfinder. Unlike Canon and Nikon, they are able to draw upon their own semiconductor business and genuinely offer something different to the competition: here is a camera manufacturer with electronics design experience that can marry the camera experience of the likes of Canon and Nikon, with the electronics experience of Sony. This was followed by the interchangeable lens X-Pro1 that broke the waters for a new range of X-mount lenses. Fuji have also worked hard with photographers to improve their products - notable is the "kaizen" approach to generous firmware updates, in contrast to Sony's rapid hardware changes.

Perhaps the biggest surprise for photographers, however, is the immense success of the instant photo Instax product line (both cameras and instant film). It's useful to review Fuji's investor presentation which shows a gross turnover for 2018 of about $23 billion, of which only 16% comes from its imaging section, made up of 11% from photo imaging and 5% from electronic imaging. Simply, it's Instax business (and other print services) turnover is twice as much as camera/lens sales and are the source of much of the profit for this section. Instax is good business, sells more cameras than digital, and reflects a consumer market that wants instant photographic prints and the cameras to produce them.

Both Instax and the X-Series have undoubtedly been a success and this is reflected in the latest BCN Sales data that show a dramatic increase in the number of units sold, even if revenue has remained flat (those Instax cameras!). The X-Series has been followed by their medium format GFX system (such as the GFX 50S and G-mount lenses) which takes Fuji back to its roots. Whether the medium format and APS-C split is what the digital market wants remains to be seen, with Sony, Nikon, Canon, and Panasonic all going full-frame mirrorless. Or have Fuji bet their future on a prosumer sub-market, backed up by the hordes of Instax consumers? What does the future hold for Fuji?