Has Sigma Finally Given up on Producing Oversized Lenses?

Not so long ago, I was known as "noodle arms" by some of the editors at Fstoppers. This is because I complained about how heavy and huge Sigma lenses were when compared to alternatives. I discussed how although Sigma lenses were brilliant, they were a little impractical. With the latest 85mm announced by Sigma, it seems this might a thing of the past.

Recently Sigma announced the brand new 85mm f/1.4 Art lens for mirrorless cameras, and this lens is tiny. It's more comparable to the size and weight of the f/1.8 versions of this focal length available for Sony. Looking at many of the comments, this seems to be a welcome change and a great number of people seem impressed by the relatively tiny size of this lens.

I've been a fan of Sigma lenses for a number of years. The first Art lens I ever bought was the 50mm f/1.4 Art, which I still own today. I then bought the 18-35mm f/1.8, which I think is the best APS-C zoom lens ever made. Both of these lenses have a good degree of heft to them; however, they're not anything as bad as the previous 85mm Art lens. This lens was simply ridiculous when it came to its size and weight. In the previous article, I compared it to a fast-aperture medium format lens from Phase One, simply because of how oversized the 85mm lens was. As much as I loved the result this lens was able to produce, I hated having to take it anywhere, and for that reason, I stopped shooting with it.

I eventually replaced that lens with the Canon 85mm f/1.4L IS, which I find far more manageable both in terms of size and weight. The loss in image quality is negligible, especially when it comes to real-world situations. What matters most to me now for the majority of my shoots is having something that's practical. I don't value the slight differences in image quality. Honestly, I don't even shoot that much with the Canon 85mm, because the 85mm Batis is just such a good lens. The slight difference in depth of field has little impact on the results I produce.

This is predominantly why the new 85mm Art lens is such a brilliant and compelling option. We now have an 85mm Art lens that is comparable in terms of size to the Batis with a ballpark price tag and a wider aperture.

Who Cares About Corner Sharpness

If you have ever adapted lenses to a larger sensor, you'll notice how the corners can be darker or have a dark circle around the frame. This is obviously because the image circle of the lens isn't capable of covering the larger sensor. What I and many people have noticed is that many Sigma Art lenses can comfortably cover the larger sensor in the Fujifilm GFX cameras. It would seem that Sigma was intentionally producing oversized optics so that the softer edges of the image circle are farther away from the full frame sensor. Effectively, it's like shooting with a full frame lens on an APS-C camera so that only the sharp center portion of the lens is being used.

The thing is, who really cares about corner sharpness in portrait lenses?

Most people buy fast-aperture portrait lenses to shoot at wider apertures, meaning that the corners are going to be out of focus anyway. That extra effort to produce an edge-to-edge sharp lens offers very little in return, except for something to boast about on paper.

Even if you are shooting a scene where you need more in focus, then stopping most lenses down will sharpen up the corners anyway. Softer corners tend to be an "issue" when shooting at wider apertures, not when you're stopped down. For this reason, it doesn't matter if a wide aperture lens has softer corners.

Producing smaller elements and lenses that match the formats they're designed for is more efficient.

The Sony 28mm f/2.0 is one of the worst lenses I have ever used when it comes to distortion. The distortion is very prominent and it makes the lens completely unusable. Well, actually that's not true at all.

One of the reasons I love the 28mm f/2.0 is because it's tiny, and this is even when you compare it to smaller format lenses. The lens captures a great deal of detail, has brilliant autofocus, and the price makes it an absolute steal. It's one of those hidden gem type lenses, and those who know about it love it.

The distortion in this lens is pretty horrible though; it's so bad that you can see it in portraits. The thing is that it's never had any impact on any of my videos or images. The distortion from this lens literally has no impact on my work, and this is purely down to lens profiles. Switching on the correction profile in camera means that when filming, the distortion is nonexistent, and when it comes to stills, Lightroom has a profile for it too. 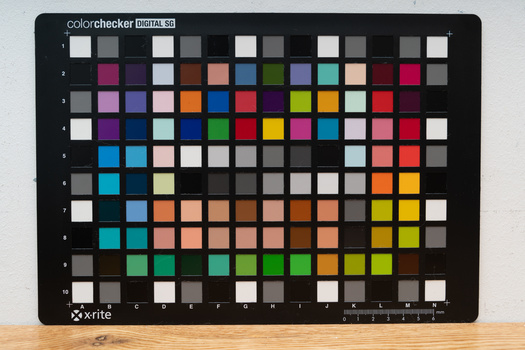 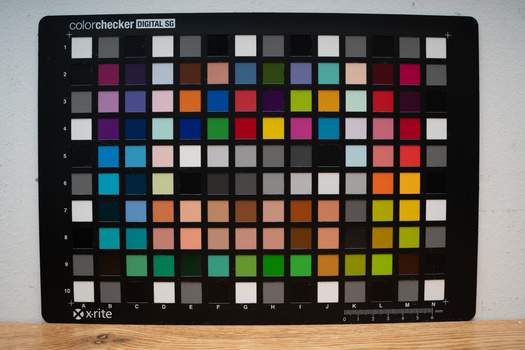 As you can see in the comparison above, simply adding the profile corrects the whole issue. The benefit of this is that the lens can remain tiny and doesn't need to be overengineered. Instead of Sony producing a huge lens that's perfect in every way, they used efficient design in order to produce a fantastic lens that remains small and lightweight.

Previously, Sigma was in the habit of trying to physically make the perfect lenses. This meant that their lenses required huge front elements to reduce vignetting, which in turn meant that the overall size and weight would be much larger; yet, it provided little actual benefit. The reason is that all that extra glass can be replaced by a simple lens profile either in camera or in Lightroom.

We're now seeing Sigma do exactly that. Instead of using huge front elements, Sigma has opted to produce a much smaller lens and use profiles to correct any potential issues. This could mean that Sigma will be working far more efficiently in the future with all of their new lenses. We may start to see a much smaller version of their current Art lineup, which I can only be happy about.

If Sigma really is done with producing oversized lenses, then their popularity is likely to increase quite dramatically. The size and weight was a huge deterrent for many photographers, including myself. This is especially the case for many photographers shooting with mirrorless cameras. Having a huge lens (around the standard focal lengths) just looked silly on a tiny mirrorless camera. It also defeated one of the major reasons people moved over to mirrorless in the first place.

I'm extremely happy to see how small and lightweight the new 85mm lens from Sigma is, and I'm keen to see new mirrorless versions of other Art lenses in the near future.

Yes that's correct, thank you for that, appreciate the correction.

I’ve pretty well counted on my 60-600 Sport to keep me anchored in case I get caught in high winds. That and a D810 and I’m rooted to the spot.

Big lenses exist for a reason "quality results". If you are happy with, it you buy and carry them around without complaints. "No pain no gain"