Golden light kissed Matt McDonald's face and fresh snow greeted him while he walked out of Iceland's Keflavík airport. McDonald recently flew to Iceland for the first time in his life to research for a book he is co-authoring with Chris Burkard. But how did a former Silicon Valley entrepreneur get to this stage in the first place?

McDonald was born and raised in the small, rural town of Fishers, Indiana. It was here where he began swimming, eventually holding state and national records and even training for the Olympic team. McDonald's swimming career brought him to Stanford, where he studied economics. After graduation, McDonald worked for several years with startups in Silicon Valley and eventually began his own.

While gravitating toward more creative roles with each company he worked with throughout the years, McDonald also documented his outdoor adventures like backpacking, climbing, skiing, and biking. "The documentation component came from my love of landscapes and beautiful places," said McDonald. Plus, this was well before social media. By photographing his adventures, McDonald was able to show his family and friends what he was up to and was able to send images to those who joined him. 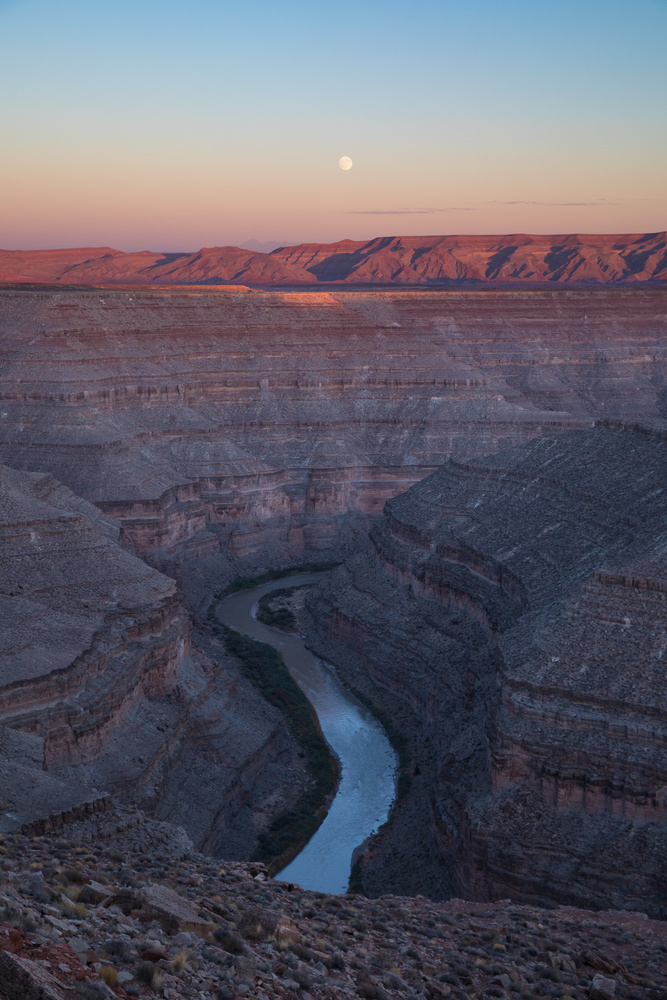 Eventually, McDonald realized he didn't find happiness in Silicon Valley. "I didn't get excited to go to after-work parties and talk about new technology, and that was a really bad sign," said McDonald. "I couldn’t imagine myself faking a love for tech for the next 30 to 40 years." So he began applying his passion for outdoor photography by chasing stories relating to the environment.

Around this time, Tahoe was having one of its worst winters in recorded history. It was January, but it could've been mistaken for June: snow was absent and construction workers hammered nails without shirts on. In pursuit of a story, McDonald documented the warm winter for a week and one of his first-ever photo submissions was published in The Atlantic. "It really felt like a sign from the universe," McDonald joked. “When starting out in the writing or photography game it’s common to get rejections. Really great work gets turned down all the time because publications are already saturated with content and creators. So, I wasn't going to wait for publications to share my work — that felt like death before even starting," said McDonald. "I began blogging images and publishing short stories on my own, then pitching to magazines or papers that could publish them to a greater audience than the one I was building."

Shortly after, McDonald decided to leave San Francisco and move to places that inspired him and his work. Tahoe and its surrounding beauty seemed the obvious choice, but McDonald realized he also wanted to hit the road for two-to-three weeks per month to gather stories elsewhere. "That is when it really sunk in … the most logical option for gathering the best stories would be living in a van," he said. This was 2012 and social media was starting to explode. “I knew of four or five accounts of people 'van life-ing,' which gave me a unique insight into the idea of living on the road. Without these e-strangers – which all became real-life friends – I’m not sure I would’ve thought of living in a van,” said McDonald. 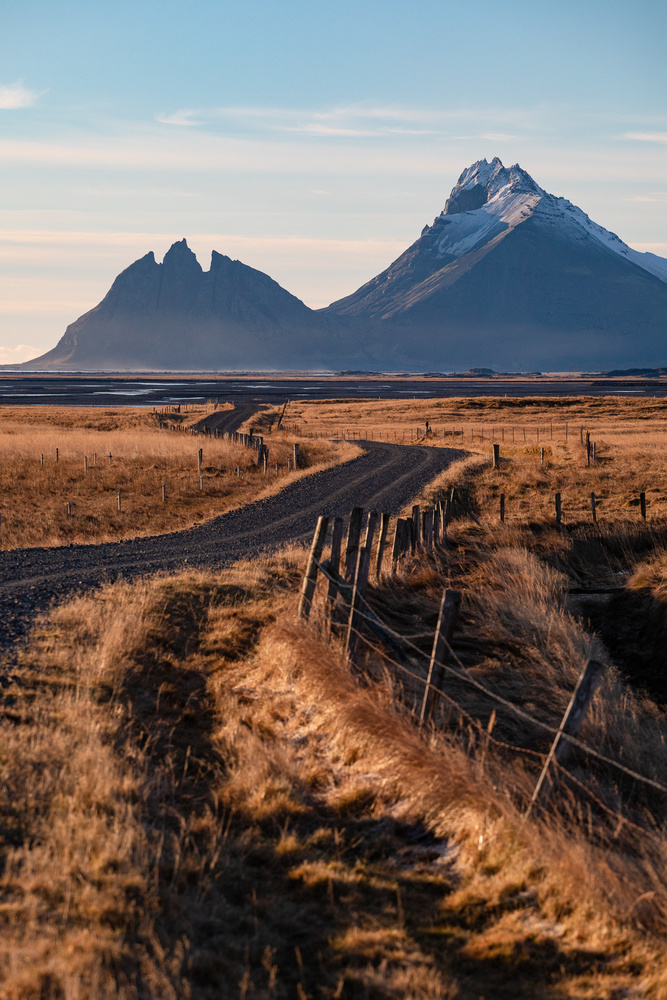 In 2013, McDonald found an ‘86 Volkswagen Westfalia Vanagon on Craigslist, and Donnie the van was born into his world. Donnie had 280-something thousand miles on its dash and could only go as fast as 63 mph. McDonald painted a sign that he saw every time he looked in the rearview. It read, "Take It Further," and that’s exactly what McDonald did. He followed his curiosity, driving through most of western North America – from New Mexico to Alaska and the Yukon Territory to Wyoming – while exploring the land, himself, and his work. McDonald gathered stories and was attracted to the intersection of humans interacting with natural landscapes. "I like to keep my curiosity and interests broad … let the stories find me," he said. "Or else it’s too easily to eliminate what could be groundbreaking photo and writing opportunities."

A majority of McDonald's two years on the road were spent focusing on writing and photography. He developed a ritual: wake up; photograph golden hour, the landscape, or people; experience his surroundings; write and journal; photograph; repeat. He had the mindset of treating his days as education, a home-schooling of sorts. "I was very much focused on deepening my crafts," said McDonald. "As photographers and writers, we all know where we're creatively weak or strong. For example, including more action in prose or gaining a better understanding of nighttime photography. So, I tried to further my strengths and push my weaknesses." 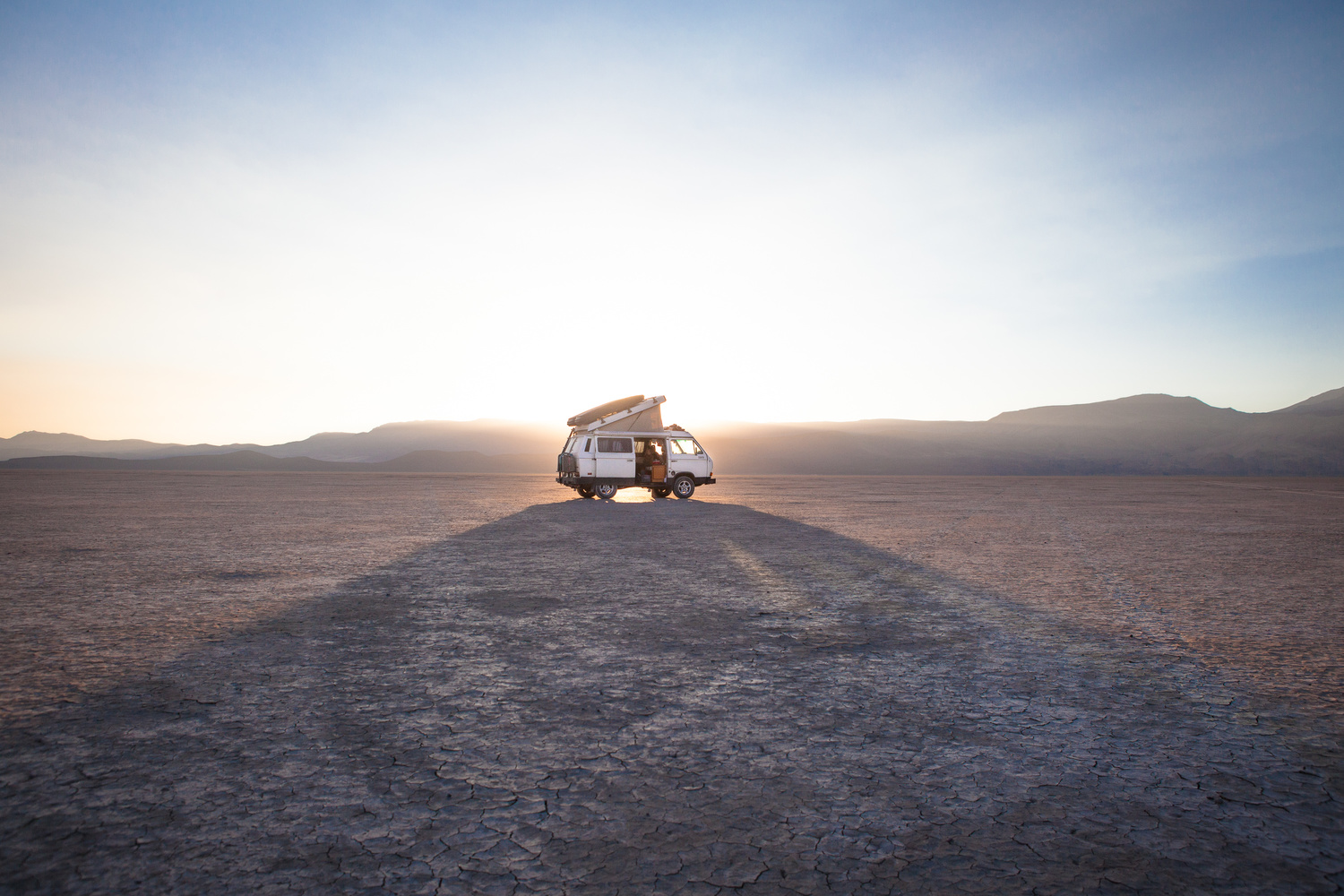 One great thing about solitude and breaking away from the world as an artist means environmental factors are almost completely gone, or at least change. Rather than having parents, friends, mentors, or even society shape the way McDonald was creating images and prose, he now had trees, animals, and silence. "This gave me the space to figure out my style and what it is I'm trying to say in my work," said McDonald. "I was able to play with different techniques without worrying about the consequences of what others thought."

When McDonald first moved into his van, he joked with friends that only a girl, an empty bank account, or boredom would crush the phase. The girl won in the end. "I was asked to photograph a wedding for a friend on Maui," he said. "It was there I met my fiance." It might not have been immediately apparent, but Hawaii is virtually the perfect home base for his interests and creativity – what better location for a swimming star to live? Plus, raw culture and the interaction of nature and humans is prevalent on the island. "Traditional Hawaiian customs are still very much a part of life," said McDonald. "Living more in tune with the land is common practice here." But, McDonald still travels often and will always crave glaciated landscapes, slot canyons, deep forests, and jagged peaks – which is why working with Chris Burkard on a book about Iceland is an ideal project. 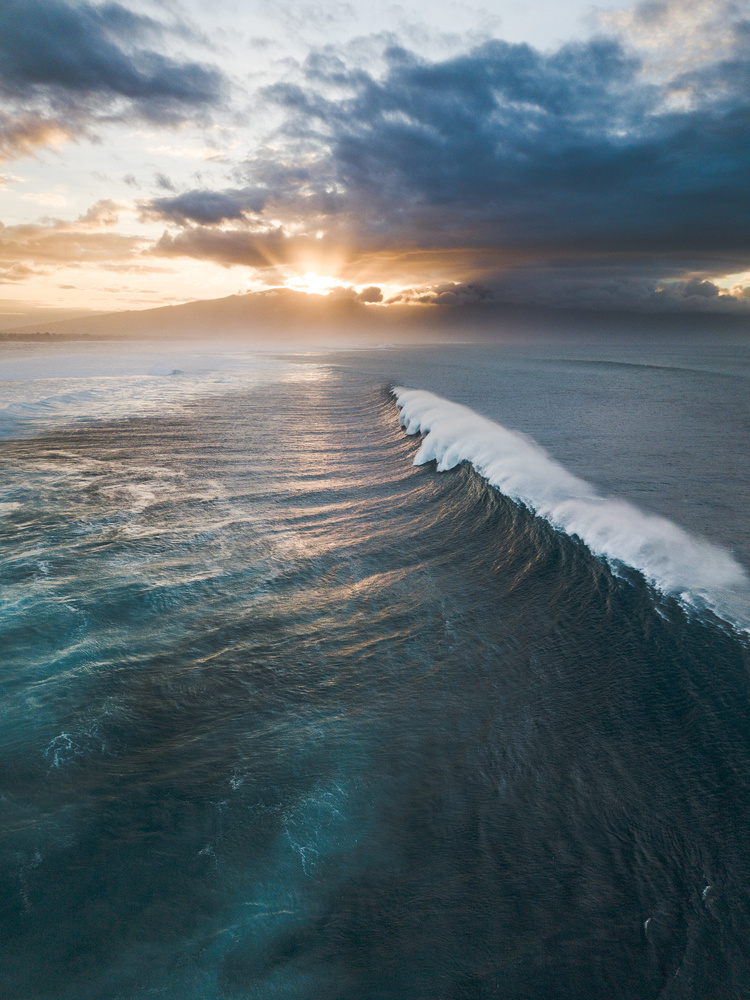 McDonald originally and briefly met Burkard while working for a healthcare related startup in San Francisco. The company needed ambassadors and Burkard, with his active lifestyle, was a perfect fit. The link didn't fully work out, but the initial connection between the two creatives was made. Fast-forward a year and a half to McDonald's full-time freelance writing career. McDonald wrote a script for Corey Rich for the launch of a new Nikon camera. Burkard later saw the piece, was interested in the narrative, and found out McDonald wrote the script. The two eventually connected again. "It's the hindsight rule," said McDonald. "I never would've thought those jobs and connections would link together."

Now, McDonald is working with Burkard on a new book about Iceland, its environment, and its culture. The project and vision is still ongoing, but "the idea is to take the reader on a journey through Iceland's history and culture from glacier to river mouth," said McDonald. "Without glaciers, Iceland wouldn't be the country we see in all the incredible photographs."

Currently, there is a massive environmental effort taking place – the glaciers and rivers that Burkard has been photographing for a decade are under threat of damming and hydroelectric power. There is a large publicly-backed push for a national park to be created where the rivers originate in the Icelandic Highlands. "There is a huge protection effort to preserve the heart and soul of Iceland's wilderness. That ongoing narrative will definitely be a part of the book." said McDonald. 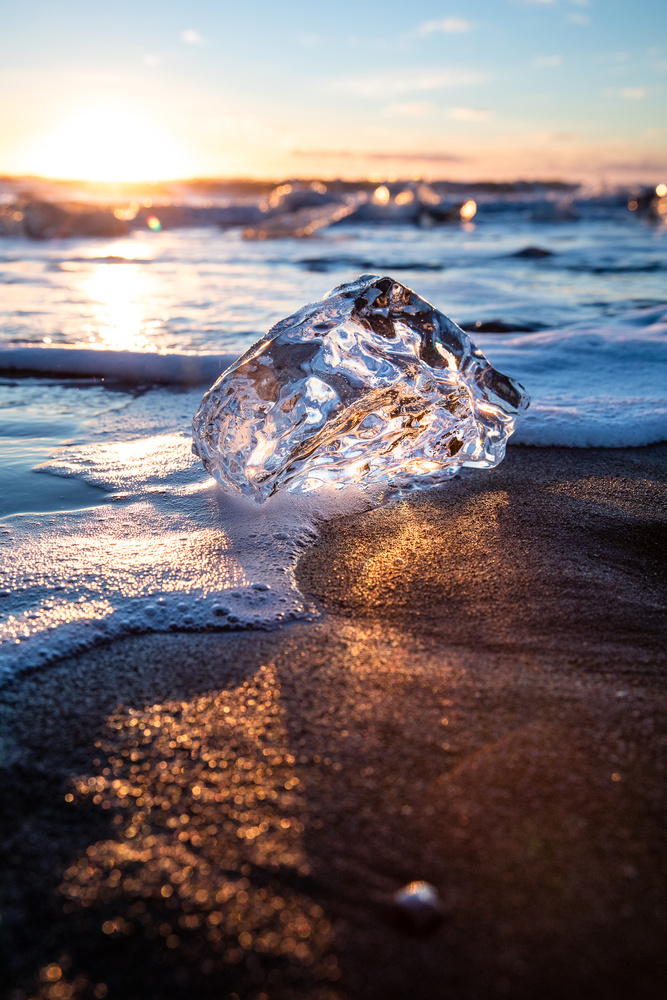 His first visit to Iceland questioned the way McDonald approaches and photographs popular places, too. "There was definitely a cynical voice in my head about Iceland being blown out, but that was the completely wrong way to approach the place and project," said McDonald. "No matter where you are – at home or in a foreign country – it’s really our job as artists to see the world with the eyes of a child." On his trip, McDonald enjoyed around-the-clock golden hour light, white-capped peaks, and the "Icelandic family" that Burkard introduced him to. "The people of Iceland are incredibly open, friendly, and are stoked about the book," said McDonald.

Today, McDonald enjoys the waters surrounding the Hawaiian islands and continues to freelance. He's working hard on the Iceland book, and the two creatives hope to publish the work as soon as possible. "I'm excited about the book’s potential to have an impact on Iceland's environment, at least from an awareness perspective," said McDonald. "It's incredible to be working on a conservation project while creatively collaborating with Burkard."

All images are used with permission of Matt McDonald.