Many Photographers Resuming Business 'As Soon as Possible,' Others Never Closed Shop

So far, the year 2020 has been tumultuous, to say the least. And our country now faces a tough new chapter in the Coronavirus pandemic: the controversy over reopening non-essential businesses. You may find yourself asking: When should photographers return to work?

The majority of photography shoots involve some level of human contact, whether direct or indirect. This obvious high risk of exposure has led to the indefinite closure of many photography studios across the world, especially smaller freelance businesses.

Of course, many professional photographers only very occasionally come in contact with others during shoots. Many of us focus on product, food, architecture, or other forms of photography. And from what I've gathered from online discussions and news reports, some of these photographers have managed to keep doing business during the pandemic, shooting still life imagery from the comfort and safety of their private homes and studios. We will touch more on these niches later. 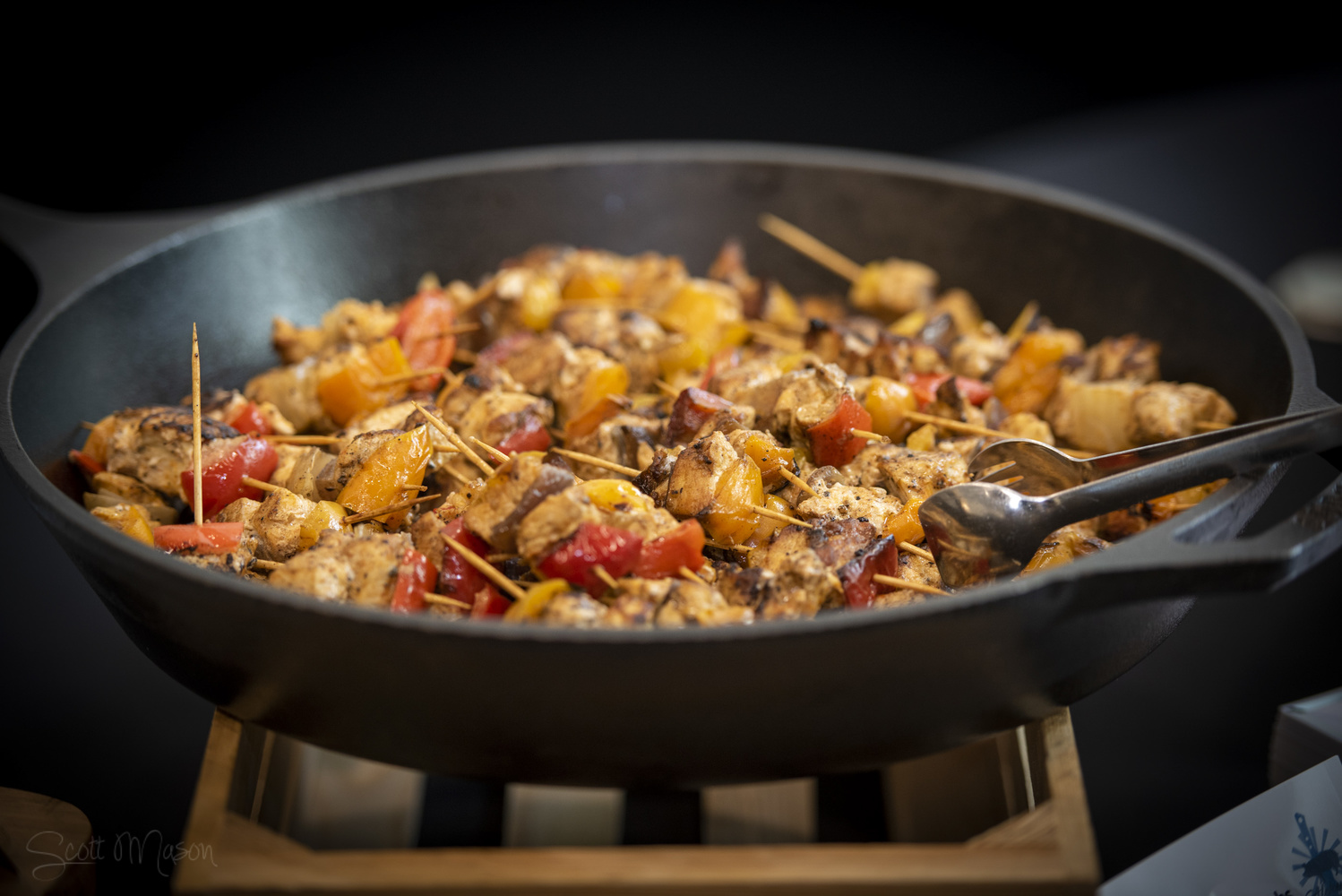 Not all photography requires direct human contact. Image by the author.

The U.S. federal government has recently begun to encourage state governors to at least examine their state’s capacity for reopening businesses. This news led me to seek out some data on photographers: most importantly, the plans they've carved out for the future of their businesses, if any. (This is a relatively small sample but, I think, fairly indicative of attitudes among photography professionals.)

I polled several photography communities on Facebook with the leading question: "When do you plan on reopening business?" I laid out a few simple answers, such as "May of 2020" or "This week." In addition to votes on the basic questions, the polls each provided the opportunity for customized, fill-in responses, and received quite a few.  Facebook's polling system seems highly democratic in nature.

One such tailored response was "When the restrictions are lifted," which 36 out of 154  photographers chose as their reply in one sample. Another response from a photography community, "Once there's a vaccine,” received just four votes. 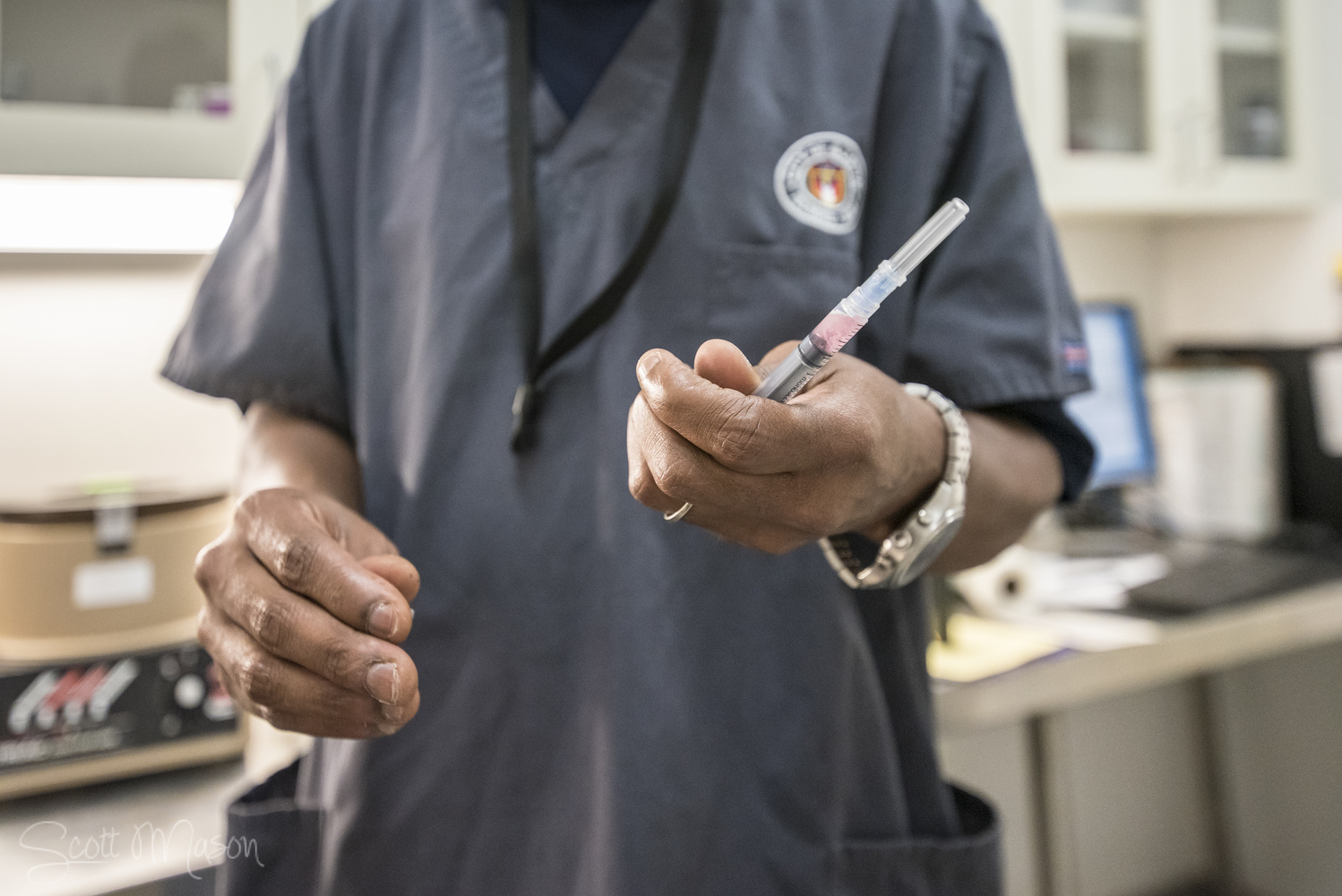 The world is eagerly awaiting a vaccine for the SARS-CoV-2 virus, which causes the COVID-19 disease. Image by the author.

"Whenever I am allowed" was a popular fill-in response, with 58 out of 97 votes from the Commercial Photographers Network and 28 votes out of 53 from Photographers United.  While this seems a sensible answer, it doesn't fully address safety. Just because an order has been given to resume business, does that mean it's safe or ethical to do so — for photographers, their clients, and others who may be involved in shoots? These are questions we need to be asking ourselves in the coming weeks, or even months.

Here's a link to a new poll that you, the Fstoppers community, can partake in. This is not related to the Facebook polls mentioned here.

I also received several volunteered comments on the polls. These have ranged from opinions on the ethics of remaining open, to hopes, fears, and plans for the future. Some photographers publicly expressed their frustrations with the situation in general. You are welcome to add your comments to the Fstoppers poll above.

Not surprisingly, the group polled with the most responses of "I never closed my business" was real estate photographers, with 111 tallied and counting. The runner-up was the Commercial Photographers Network with 31 tallies. One can assume that the majority if not all of these responses within the Commercial group came from product, food, or architectural photographers. 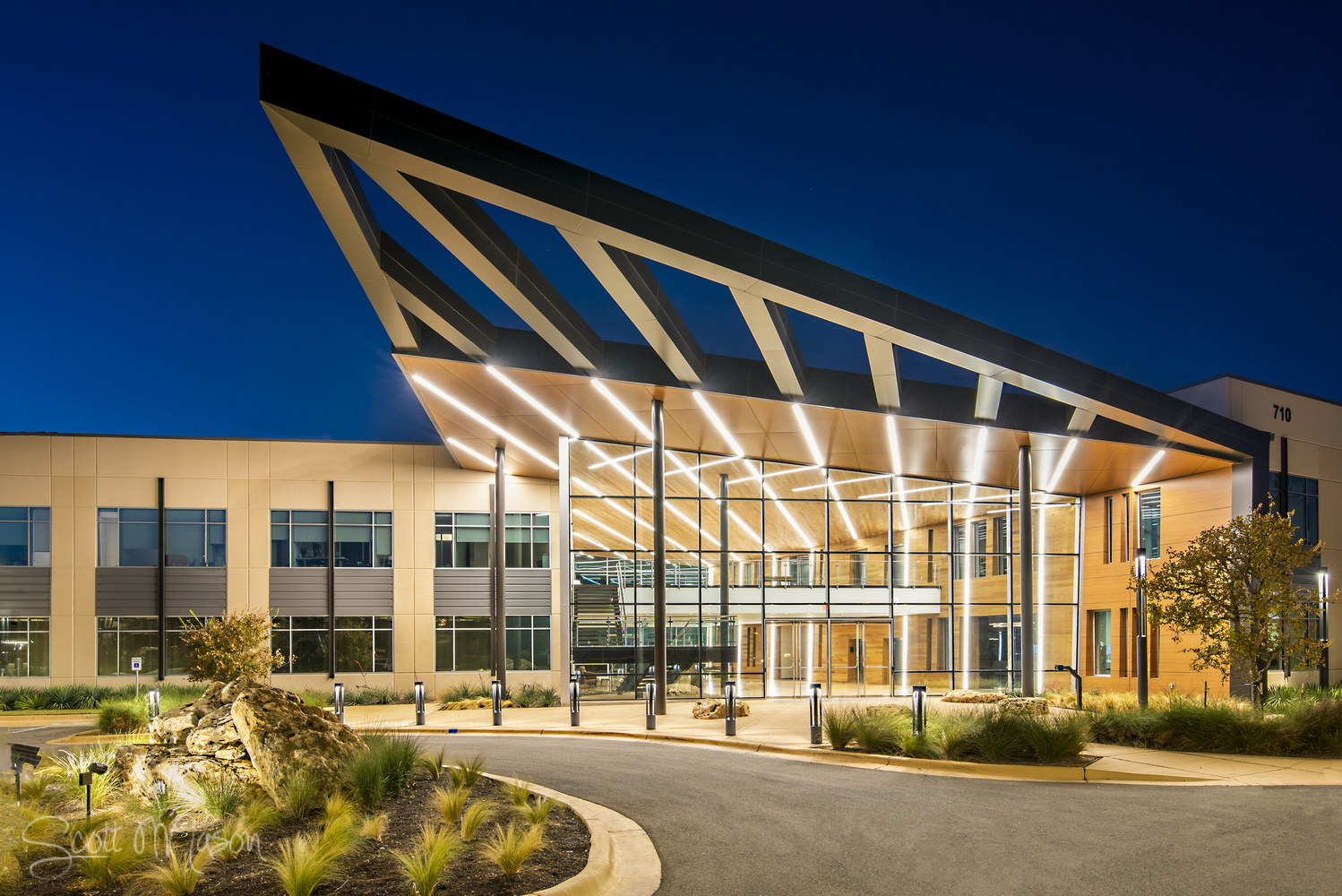 A surprising amount of real estate and/or architectural photographers have remained opened during the pandemic. Image by the author.

Real estate photographer Nikki Lopez of Classic Commercial commented: "I never closed, but I had no inquiries or requests with the restrictions." Sadly, I think many of us found ourselves in a similar situation to Nikki Lopez: Quite suddenly, there was no work for us to even refuse.

Not everyone's job requests came to a screeching halt, though. Real estate photographer Doug Temlett of Sunshine Coast Photography, described in a comment how he made the (principled) decision to turn down inquiries.

I shut down completely and turned down all the work I was offered. I told them I'd reopen when I thought it was a good time to do so. This thing is going to move slowly, and if everyone starts going back to work in the U.S., there will quite likely be a spike in the numbers as has been shown to be the case in some other countries.

I live in Canada, and we are not doing as badly as the U.S. is, but we are still seeing new cases every day. In Singapore, they told all their migrant workers to return home, so they're now seeing an increasing number of infections as well. India has recently relaxed some of the rules, and "ta-da", they have a big spike in new infections now, too.

I think some people are desperate and impatient, but this type of thing is not going to be held accountable to any human wishes, at least until they find a way to combat it..

These objective observations from Temlett, in my opinion, couldn't be more spot-on. Small businesses across the globe, including photographers, are taking on enormous financial and economical burdens for the sake of their communities. Their professional responsibility and bravery should be credited (more rounds of PPP funding would be a nice start). Our business is often challenging, and this is certainly one of the most challenging situations that we will find ourselves in.

And although valiant acts of selflessness should be applauded, there's a flip side of this coin: How long can so many photographers (and others in similarly shut down businesses) be unable to work for a standard of absolute safety? Unemployment offices across America are scrambling to keep their websites from constantly crashing. The IRS is offering American citizens zero telephone support. Whether by choice or not, many of us don't have enough savings to carry them into the next month. In some communities, all of this turmoil is being compounded by general mistrust and conspiracy theories. 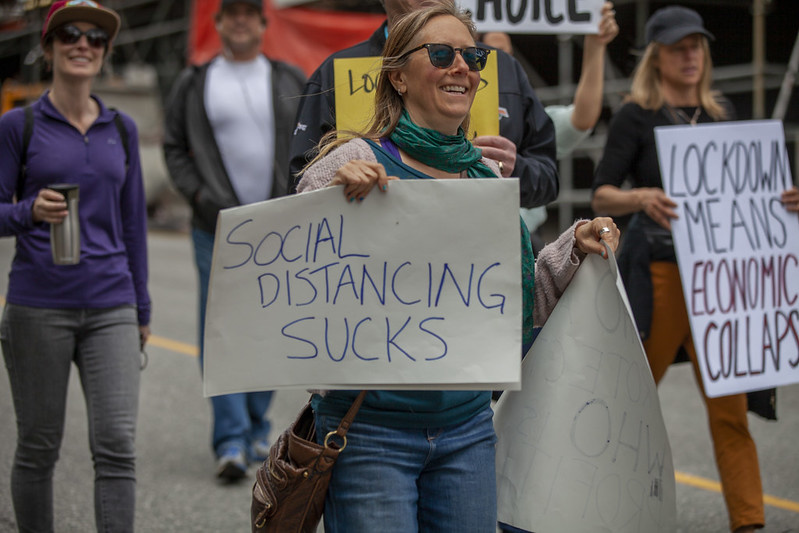 Protestors in Vancouver take to the streets to share their opinions on social distancing and commercial lock downs.

What's your business plan for the coming weeks, month, or even year? Will you cautiously reopen to minimal-contact gigs, or dive into shooting whatever opportunities come your way? Please share your outlook in the comments section below, and be civil to each other while doing so.

Supporting your community members, and societies as a whole, should be at the top of all our lists.

I do photos for a hobby. I hope everyone will be ok financially with there business. I know what's its like to have a business in tough times (80s).

We should listen to the government (state and nation) and be safe and healthy! And we should also be ok to make money! I pray we can do both!

Good luck everyone with love!

the problem is not the photographers who want and are ready to work. its lack of clients unfortunately

weddings I had have been pushed to 2021. no interest at all yet for a wedding this year. prices will also drop as many will be hungry to close any deal.

ah, so youre saying because everything will move to 2021 then there will be higher prices because couple need a photographer and it will be hard to do with so many wanting them?
maybe, I hope so.
to the right of the pond, we have an excess of photographers so I dont think it will be an issue. many stills photographers I know are not getting enough work as is before covid.

another thing I was thinking was there would be those who get married no matter what. and from the end of summer and part of fall, everything will be dense with many wedding couples waiting to get it over with.

i am in france , i do only studio photography i am specialise in newborn and pregnancy , so thats 2 month i am close....i really look forward to open soon, since i have allready all people who did book session before that i need to do....

Unless you hadn’t noticed it’s a worldwide pandemic and affects a whole lot more people/photographers/businesses than just the ones in your country... wherever you are, large or small, this affects all of us...

I cannot speak for every country across the globe, but I did use the words "world" and "globe" several other times throughout the article. That specific paragraph mentioned the USA's federal decision to allow states to re-open their businesses.

True, the timing has coincided with some other countries. For example, several European countries and cities re-opened slightly before the USA decision. However, others have remained closed.

I don't think it was right to never close shops actually but I can understand entrepreneurs who did it. Thankfully, my online business didn't suffer significantly. I even managed to migrate data with the help of Salesforce https://www.ergonized.com/salesforce-data-migration-services/