My Stock Photo Made 97 Cents, and I’m OK With That

The payouts for stock photography have become something of a joke to many photographers, but is there a better way to look at things? I’ve changed how I’ve approached stock photography, and in doing so, came away with a refreshed view of photography as a whole.

First, let’s talk just about stock photography. Years ago, the legend goes, photographers were able to make quite a bit of money shooting and selling photos of anything they fancied. I’ve been shooting seriously for over a decade now, but never personally saw the “golden era” of stock, so take that legend for what it’s worth. What’s undeniable, however, is how prices have dropped and continue to shrink with time. Shutterstock, for instance, just made the news for a massive decrease in the effective payouts contributing photographers receive.

There’s no getting around it. The payouts just aren’t there to get anyone excited about stock photography, especially if you’re new to the business. If you already have an established, deep catalog, I’d be interested to hear from you in the comments. Are you still making a worthwhile amount of money from it?

I’m somewhere in the middle of the two positions, with a couple of hundred images uploaded. I initially just got started to take advantage of a promotion Adobe was running for Creative Cloud but found that it was easy enough to continue with. Since then, I’ve sporadically dropped a few dozen images in, usually when I get some reminder notification. It was one of those images that prompted this piece, when my phone buzzed with an email, alerting me that I earned less than a dollar for the sale of an image.

Now, I imagine most photographer’s reactions would be the same as my initial take: a whole dollar? Wow, I’m 12% of the way to buying a microfiber cloth for my lens! Jokes aside, stock photography has been hardly worth filing the extra form at tax time, just to claim my $20 worth of earnings.

When I looked at the email a little closer, however, I was surprised by the image that sold. It wasn’t an amazing piece of art or some great technical accomplishment. It was just a shot I grabbed while I was actually working on a specific project, while I was playing around with some alternate composition ideas. 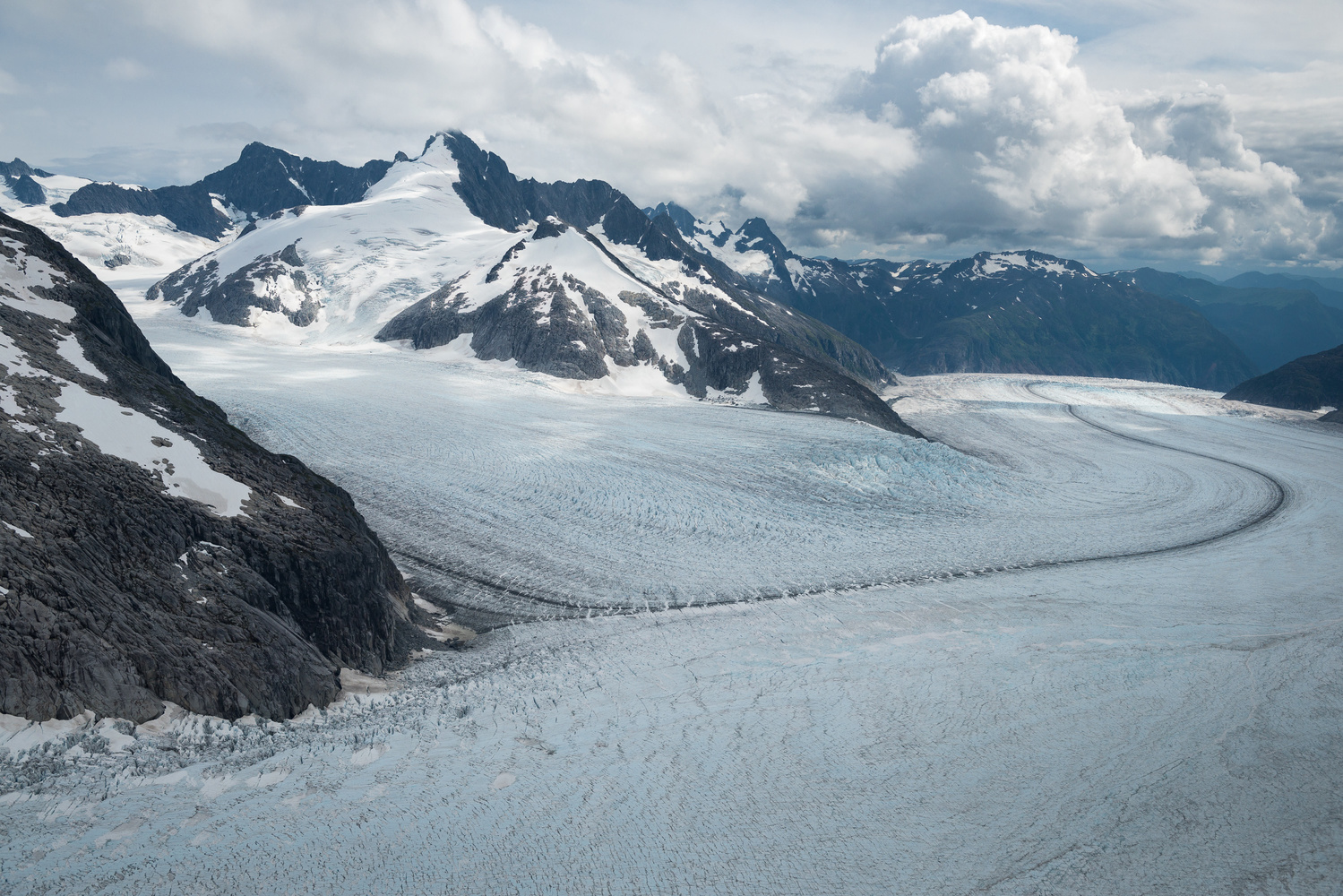 Now, I’ve had other stock sales, but I guess something was a bit different from this one. Maybe it’s because the last couple of month’s events have really hampered the pursuit of my favorite photographic subjects, but looking back at this shot gave me a real feeling of nostalgia. The project I was working on at the time turned out great, with a shot from the series going on to be a personal favorite for years to come. Selling this spare shot, even if it was just for a dollar, felt like a little extra pat on the back.

What’s This Have to Do With Me?

Here’s what I took away from that little moment: I don’t always need to be shooting in pursuit of some financial payoff. What got me into photography, like many others, I’d assume, is the enjoyment of creating and sharing my work with others. Some of my favorite experiences have been photos I’ve just shot for myself, and I think I’ve been losing sight of that over the last little while. Instead of shooting to learn something new or create something interesting, I’ve just been approaching it as another job.

Now partly, that approach has been dictated by conditions, and I’m not saying I’m unappreciative of having a way to make money at a time of record unemployment and economic jeopardy for so many, but really, this goes beyond even the last few months for me. Going forward, I’m going to give some projects that I’ve had in the back of my mind a genuine try. They might not turn out, but for the first time in a while, I’m excited to get out there with a camera in hand.

With that in mind, I’d encourage you to go out and try something new. Whether it’s a new technique, a new subject, or just a self-assigned challenge, take a chance on something different.

If you’re new to photography, don’t let the negativity around stock discourage you. Not only is it a great way to develop technical skills, as the approval process can be rigorous when it comes to things like focus and exposure quality, but it can also be a fun way to get a genuine sense of accomplishment at a time when social media seems to have become so gamified.

More broadly, don’t feel like you absolutely have to “shoot to sell.” Making money from something you enjoy is awesome, but there has to be a balance. Additionally, you have to have a diverse skill set to make money with visual art anyway, as it’s clear that photographing for the cliche “woman laughing while eating a salad” stock market has been tapped out.

The biggest would be some more detail about where my photo might actually end up. Now, I know this could fall flat if clients never want to disclose, but I’m sure some art directors and designers wouldn’t mind dropping a few words in about where they’re going to use the asset. As a bonus, I’m sure the stock company’s data team could use those notes to further refine search results, which would be a win for both photographers and buyers.

I’d also like to see some more clarity on pricing. Now, I get that playing games with the pricing structure have been connected with selling stock forever, with things like packages and monthly subscriptions obscuring any real price transparency, but still, the variability makes this feel like a not-fun casino game. I’ve had images sell for $10 and for 25¢, with no real difference between them.

Lastly, I’d like to see it even easier to upload and list the photos. Adobe’s done a pretty good job of this, with support for automatically categorizing and tagging the images, but take this a step further. Give us a tool to feed our Lightroom catalog into, which can then compare with the “top” search results and suggest what images we should even bother uploading, to begin with. This also just ties into a request for more analytics in general. Are the images that don’t sell not getting views or not converting?

So, stock photography has been a bit of an on-again, off-again relationship for me, and I think it might be the same for many of you. Have you tried stock? If you gave it up, what would it take to get you back? 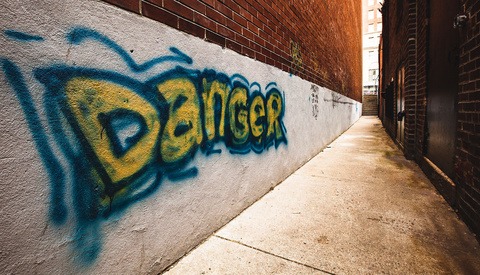 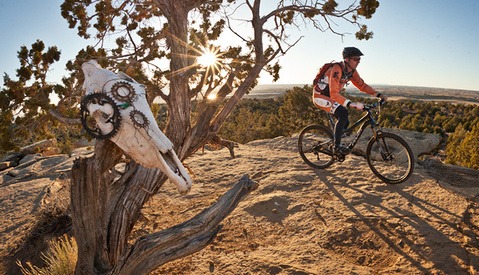 BTS / September 8, 2014
How Do You Determine A Fair Price For Licensing Your Videos And Photos?

Someone please point me to a real website for professional photographers with real discussions. This drivel has gotten really, really old. FStoppers needs to stop.

Why not just go then?

Don’t lump all stock photography into one boat. My stock royalties (editorial) have kept me well afloat for the past four months.

Hey Alex, here's my experience.
I'm a retired pro who decided to give it a try just to keep the creative muscle exercised because I like shooting. I don't need the money, so that is something that doesn't matter. I have many associates and friends that had shot stock back in the days when you needed 50K images just to be considered. Even back then it was challenging and you had to pay for film and processing. Now it's a bunch of crowdsourced punters and camera club people shooting unbelievably bad images, and copying good ones, thereby diluting the intrinsic value of the original and the copies. If you confront these turkeys, especially the bloggers who are selling "how to make money at..." you get a nasty response and a lot of denial. I've watched the photo industry roller coaster for over 50 years, it's always the same. People jump in because they think it's an easy buck, work cheap, screw up the pricing and finally leave. The fees for photography have gone in the same direction for my whole career, down.
This is no different. At least with film you weren't the creator, developer and accounts receivable when you had clients.
Now it's all kinds of weird and wonderful stuff produced mostly by a people with one arm who put the machine they just bought for a few bucks on auto, point and press the button. I'm going to see if quality and thought, plus some decent developing makes a difference, but maybe the buyers really have no taste either as long as it doesn't cost too much.
I see rumblings of a "stock contributors coalition" organization being formed. Is this something like an organization for the unemployed to lobby for minimum wage? Seems like an oxymoron in the gig economy, which all these punters seem to think is somehow not what they signed up for.

I think microstock has degraded the whole concept of stock imagery. Today's young designers don't know what we're talking about with regard to 'quality' in photography. And we probably don't get what they mean by 'impactful' or 'genuine'.

I get the impactful or genuine thing. But it's like trying to nail jello to wall when it comes to meaning. One person's genuine is not necessarily an other's, unless it all looks like it's taken by accident, or its UGC sourced by catch and release

That's a shame! It sucks when people who show such devotion and passion for such amazing pictures get this kind of monetary reward. I lived in Singapore for a few years, and my photography skills were way too great not to have thousands of photos from all over the city. I decided to look for a site that would reward my work and make up for the time and money I spent on my equipment. https://sgxp.com/ was a great resource to submit my work, and they were thrilled to add some of my most remarkable pictures in their Singapore illustrations. You should find a similar source yourself.