The UK voted to leave the EU and the British Pound plummeted, meaning this week might be the perfect opportunity to order equipment from the UK if you live within the European Union.

Just last weekend, CameraKings in London sent an email exclaiming that their gear is now cheaper for customers outside the UK, which means that this Monday is the first day of quasi-sales, leaving enough time for shipping via Royal Mail this week.

With the GBP at its lowest rate since 1985 you can save by acting now.

While the savings aren’t massive for smaller items, if you’re able to avoid import tax (i.e. you live within the EU), then you’ll be saving enough to justify buying sooner rather than later. Unfortunately this deal doesn’t work for those outside of the EU, as they’ll have to pay import tax when the product arrives in their country. However, a quick search shows the difference in price between the UK and its neighbor, Ireland. Since the UK hasn’t act triggered Article 50 yet, your camera gear can still ship anywhere within the EU without being taxed as international shipment.

In Dublin, a 5D Mark III sells for about €2,900, including tax. This varies of course, going as high as €2,975. To be honest, most people are happy to pay this when it's not within the grey market. Camera World in the UK is selling the same product, with an added accessory kit, for the equivalent of €2680. So, you’re saving €200, and you’re getting more. It could be worth looking into! 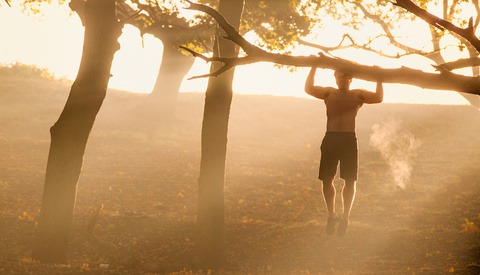 You have no idea what it means when a currency plummets if you're referring to the little blip on the pound's value this past week. Try using an "emerging market" currency to buy photography equipment.

It set new intra-day drop records. 11-12% in a day is not a "blip", especially for a major currency, particularly with forecasts for far worse. It is most definitely plummeting, and you have your head in the sand if you cannot accept that

When your currency drops 50% in 6 months then you can use the term plummet. Right now its a blip.

A record 10+% drop definitely counts as it plummeting, especially as it is the world's fifth largest economy.

Sure, there have been bigger currency falls elsewhere. Zimbabwe had hyperinflation where the cost of everything doubled every week or so. In the Weimar Republic it was even worse. But what's all that got to do with it?

The pound is still stronger than the US and Canadian dollar. Any other country will be the same or lower.

Love ya fstoppers but this isnt right what so ever.

Prices in Europe include the sales tax (VAT, usually around 20% in European countries).
The Prices in US stores don't include that, right?
And if you have B&H send your purchase into Europe, this tax (as import tax, plus some fees) would be added on top of the sales price and shrink the difference quite a bit.
But most importantly with expensive electronics, Europe has very customer friendly warranty laws and return policies. Dealing with that for a product bought from US would be a major hassle, and cost a pile of money in shipping.

I think you missed the point of the article and my comment. My comment was based on someone from the US or Canada(or anywhere else) buying a camera from the UK not the other way around. The article seemed to insinuate that its cheaper for people outside the UK to buy from UK retailers because of the falling pound value. Thats why I compared the UK price in the article to B&Hs price. Even for someone in other parts of europe it's probably not cheaper.

US and Canadian prices do not include tax but even with tax the camera is only $2900(I used 13% because I'm in Ontario) which is far cheaper than buying it from the UK.

my point was the pound needs to fall really really far for it to be a good deal.

"...the perfect opportunity to order equipment from the UK if you live within the European Union."

well I'm in an idiot....I blame being over worked. wedding season is a bitch

Go check Australia's prices. You'll feel so much better paying whatever we pay in America. Before I moved back, I sold pretty much everything I could, since even a 50% markup over my cost was a bargain there.

I have ordered things from the US before and do know exactly how it works and how much the taxes/fees are for my destination - but they do depend on the destination country and type of product, so it does not really work to give a exact figure ;)

Yes with the Europe vs. EU you are right, my bad. Though honestly doubt though that the other countries differ too much - tough haven't looked into it.

The legal requirement for the return policy is 14 days as you say. Though 30 days is not uncommon, for example at Amazon.

About the shipping i totally disagree. A DHL Package insured for 2.000 Euro (not so much for a camera that you bother to send back for warranty or as return) costs 60 Euro. There are probably cheaper options, but if the package does not make it i would not want to skip out on the insurance ;)

Could be grey market at that price.

That makes way more sense as that would make it $3000 US. which is what you pay in the us with tax(probably cheaper depending what state you live in)

Definitely not worth the hassle of buying it from the UK

A few years ago, Australian stores sold camera gear at rates much higher than B&H when the Aussie Dollar was stronger than the greenback. Grey market was the only practical way to go at the time in Australia, as local store prices were ridiculous.

Looks like the UK camera store prices are currently comparatively high, just as Australian camera store prices were high when the Aussie dollar was strong. You may find that, if the pound remains lower or falls further, then camera prices in the UK may start to more closely match B&H prices (accounting for forex adjustment), as has happened in Australia. If you hold foreign currency, that would be the time to buy, not now.

So it may actually be better to *wait* to buy camera stuff from the UK with foreign currency, although how taxes and tariffs will work post-Article 50 is anyone's guess.

That B&H Price is without tax - I just tested to see how much it would be to pick up a 5D MkIII from B&H there:

B&H is reliably cheaper than most of the EU, however we'd still have to pay the duty when it's brought home. If anyone ever found a loophole it'd be great to hear!

We can't claim tax back from B&H products either, at least so far as I've tried. But I'd be able to get that 5D in Ireland/EU and write off the tax as it's business related. So buying in the EU makes sense, but only if you're in the EU.

I'll have to monitor the film prices on B&H to see if film prices from Ilford and Kodak drop.

Goods in the UK are always marked up against US prices. The pound needs to plummet a fair bit more before you'll save money by buying here I'm afraid.

You've forgotten to factor in how much we get ripped off in the UK. Unless the pound drops by over 50%, there won't be too many deals here!

careful what you wish for

welll... the price for the camera is still much lower in Switzerland! 2208 EUR...

I remember trying to buy a Flex LED from Switzerland earlier this year, and found that while there's no import/duty you need to pay (Switzerland is in the EFTA) there's still a 20% tax or something along those lines.

I wonder if you could buy for your business and write off the tax, when they're not in the EU..

1) Currency is relative.
2) What one currency is relative to another determines who is getting the better/best of it.
3) Think of it this way: If you are a USA manufacturer producing widgets in Mexico, and the Peso is tanking vs. the $US, you are going to be very happy. The same thing goes if you are a US citizen visiting Britain since you will get more bang for the $US. Is purchasing a camera going to be more beneficial? That depends upon what it was priced before the currency devaluation, tax, fees, etc.
4) The UK will import inflation for a while, but getting away from the horrible economic and immigration policies of the EU could be a good thing...time will tell. Meanwhile, no party has the guts to pull the trigger.