Photographer Sana Ullah got the idea for her “Places You’ll Pray” photo project while shopping with her sister, who ducked into a fitting room once to pray as part of her Muslim faith, and so, it’s fitting that the first photo she took for the series several years ago was in a shopping mall.

Armed with only a Nikon D90, a kit lens, and an Alien Bees Strobe, she stealthily took photos of her subject stopping to pray in a local mall. It wasn’t stealthy enough; they told her never to come back.

“They said I was banned after that, and I was like ‘I’m not banned, you’re not going to remember me,’” said Ullah, who now works as a program officer for National Geographic. “I came back; it was fine.”

That kind of impromptu approach to the first portrait in her series embodies the spirit of the entire endeavor: Muslims of all stripes and colors, peacefully praying wherever they may happen to be when the time comes, whether that’s outside a grocery store, at the train station, or on top of a beautiful mountain range. “I recognize praying in places that are awkward and having to stop everything you do and pray, and that was because I grew up with a family that prayed all the time,” Ullah said.

And it’s a series that has gained traction; the Instagram account for Places You’ll Pray is at 37,000 followers and growing, with a hashtag, #PlacesYoullPray, to allow the faithful to submit their own images. Photographs have come in from around the world, a diversity of Muslim representation Ullah said she was careful to cultivate.

“I have tried to share Muslims of every race, every ethnicity, and every sect of religion,” Ullah said. “It’s very conscious.” She’s careful to select images that don’t look like people have been “crept” on. “I make sure the images are composed and clear, because I do get a lot of snapshot photos that are like people are zooming in and it looks like you didn’t get the person’s permission,” Ullah said.

It’s a very “Humans of New York” vibe, but with a twist that many Muslims across the globe can relate to. That said, Ullah wasn’t initially keen on the project. “I was really afraid I would get pigeonholed into telling stories that are just particularly about Muslims, and I saw it as a bad thing,” Ullah said. “I saw it as like everybody that’s not Muslim is like" ‘she’s only going to tell stories about Muslims.’”

It was a conversation with Newhouse News Service’s Toren Beasley, where he told her that he felt he could tell the stories of black people effectively because he himself was black, that convinced Ullah that the project made sense. He said that she shouldn’t let non-Muslims tell what should be a story to be told by a Muslim photographer. The series started as a side project in 2015 at the start of her photojournalism graduate studies at The George Washington University, and she made it her master’s degree capstone project in 2017. Now, it’s a labor of love for her.

“Some days are good and some days are bad. The worst is not actually the people that are not Muslim that criticize me. I get all these comments like ‘Muslims are the worst,’ you know? I’m like 'OK that’s fine, I grew up hearing that,'” Ullah said. “But when it’s a Muslim creative that says it, it gets to me.”

Ullah notes that there aren’t many South Asian photographers in the U.S., and so that kind of criticism from her own community can be difficult to hear. Photography gates have largely been kept by white males that don’t always treat black and brown subjects with the same respect that members of those communities do, and so, this project has taken on extra meaning for her in light of that.

“If I was this white woman and you parachuted me into a Muslim community and my name was like, Amy or something, and I took pictures of Muslims and put them in this positive light, you would revere me,” Ullah said. “But because I’m this visible Muslim, you see it as a threat. You see it as me trying to ‘Muslimize’ everyone or convert everyone.”

She said that because of her background as a Muslim who is photographing Muslims, editors have passed on her project as a piece of photojournalism, but that doesn’t deter her from continuing the work, which is now crowdsourced from around the globe in addition to her own contributions.

“This is an important conversation,” Ullah said, "whether I’m Muslim or not.”

You can see more of Places You’ll Pray on the official website and Ullah’s other photography work on her website.

(All photos used with permission by Sana Ullah.) 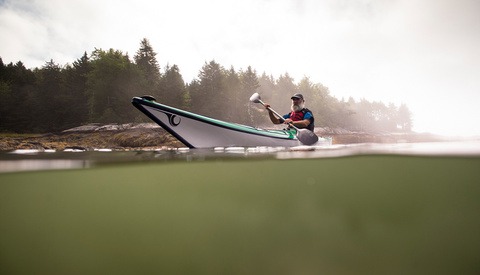 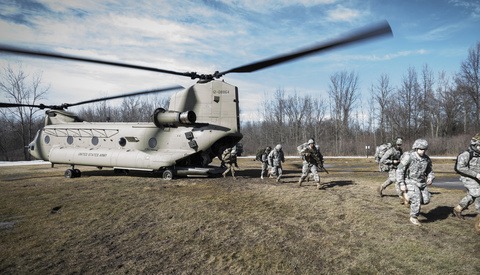 BTS / September 23, 2017
Flying to New Photographic Heights With the Cavalry
Log in or register to post comments
8 Comments

Those are only “unexpected places” for those who are ignorant of the teachings of the Qur’an. It is more concerned with the time one prays than the place one prays—though there are locations where prayer is forbidden, such as bathrooms, slaughterhouses, graveyards, et al.

Umm... who brings an Alien Bees strobe when they're trying to be stealthy? That just doesn't add up.

But interesting project. I live in NYC so I've seen countless Muslims praying in public in all kinds of places.

Yeah, I kind of caught that too. Would it not also require a stand and, maybe, a modifier. I'm loving the concept though.

This reminds me of what I saw once in my college days. Right there, in the middle of a computer lab, Muslims would stop what they were doing, get out their prayer rugs and pray. No fanfare, no fuss, no muss. I remember thinking I wish I had that kind of dedication in my own prayer life.

"I get all these comments like ‘Muslims are the worst,’ "

And if you asked these people did they know any Muslims, chances are the answer would be no.

The most effective stories are told by people with either an acute knowledge of the space or by those open enough to be taught by it and embrace it.

Its a sign of dominance, a declaration of supremacism.

Try praying for another religion in public in any muslim majority country. You'd be beheaded quicker than the French teacher.

I don’t know whether you are misinformed or lying. Christianity coexists with Islam in Egypt, Sudan, Lebanon, Jordan, Iraq, Syria, Iran, Pakistan, Indonesia, and other Islamic countries. Iraq, at least, also had Jewish temples until the USA launched our bogus war in 1993. Jews also worship in their synagogues in Iran and in Jakarta (capital of the world’s largest Islamic country). Any other lies or misconceptions you’d like me to clear up for you, let me know. I lived in the Islamic world for 10 years and found the overwhelming majority of people there to be quite tolerant.

Hi David, not sure if its your low IQ or you're senile. Just today we see another beheading on the streets of Paris, that is not coexistence. Jews are fleeing Germany and Sweden from increasing hostility from new migrants. They are all been cleansed from the Arab world where they used to have significant populations. Churches in Egypt regularly attacked, mass murder in Nigeria. Your coddled lived experiences are not the reality. Best.