A Reason for Nightscape Photography

Photographers who are active on social media often get a lot of questions about the technicalities of photography. Especially about nightscape photography – the subgenre of landscape imaging where you basically have a dark landscape set to some celestial backdrop featuring twinkly stars. Either through commenting on a shared image, a direct message, or an email, people ask about the type of gear that was used to capture a specific shot or any of the numerous variables that make up a given photo. Variables that range from the time of day to how many degrees of rotation on the polarizing filter. But this time I got an email that announced the inevitable demise of the subgenre of nightscape photography. But there’s a strong, intrinsic motivation for nightscape photography that I want to share with you here.

One time, on a sunny Tuesday afternoon in August, I got another such email about one of my own works that I shared the weekend before. The message didn’t necessarily inquire about any of the technical variables that resulted in the shared image, so it got my attention. Instead, the author gave his opinion about a whole (emerging) subgenre of landscape photography: Nightscape photography. 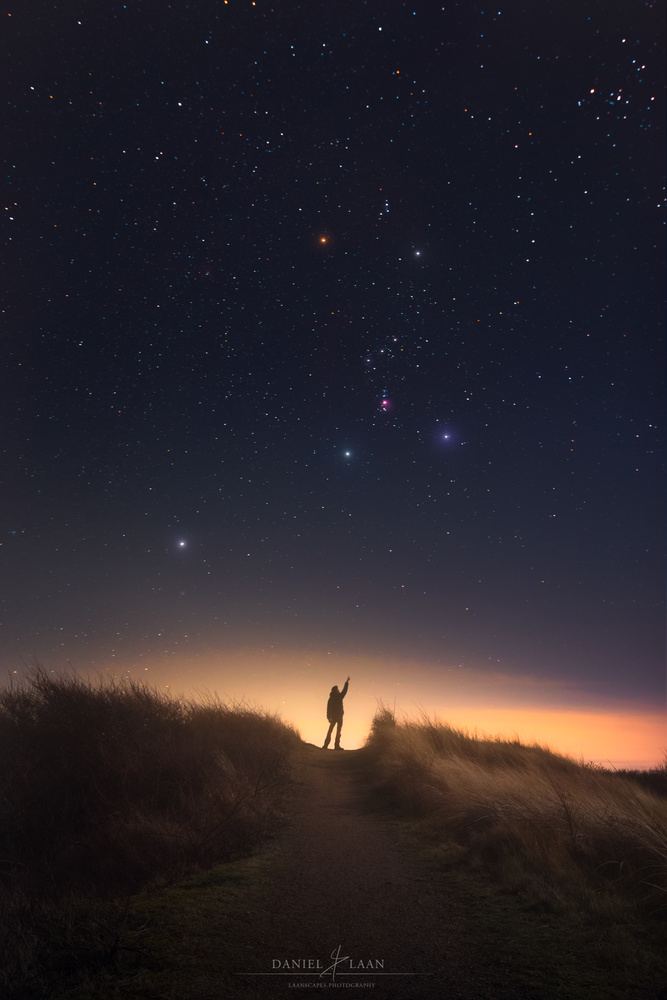 In short, the nightly subgenre seemed entirely pointless to him as stars over a landscape at night felt fake; a farce. Therefore, nightscape photography would never become a valid subgenre of the art of photography.

The Milky Way could never be seen with the naked eye in such detail, so every photograph of it, is essentially a lie.

It’s true enough that with long shutter speeds, extreme ISO settings, and wide-open apertures, a lot more detail can be photographed than can be seen with the unaided eye. But does that mean everything photographed under extreme settings is not a part of reality? That does imply that there is a specific value on your any of your camera’s exposure settings that says: “Ridiculously light sensitive. Not representing the human eye.” What about frequencies in the electromagnetic spectrum that we don’t see? Is infrared light a farce too? 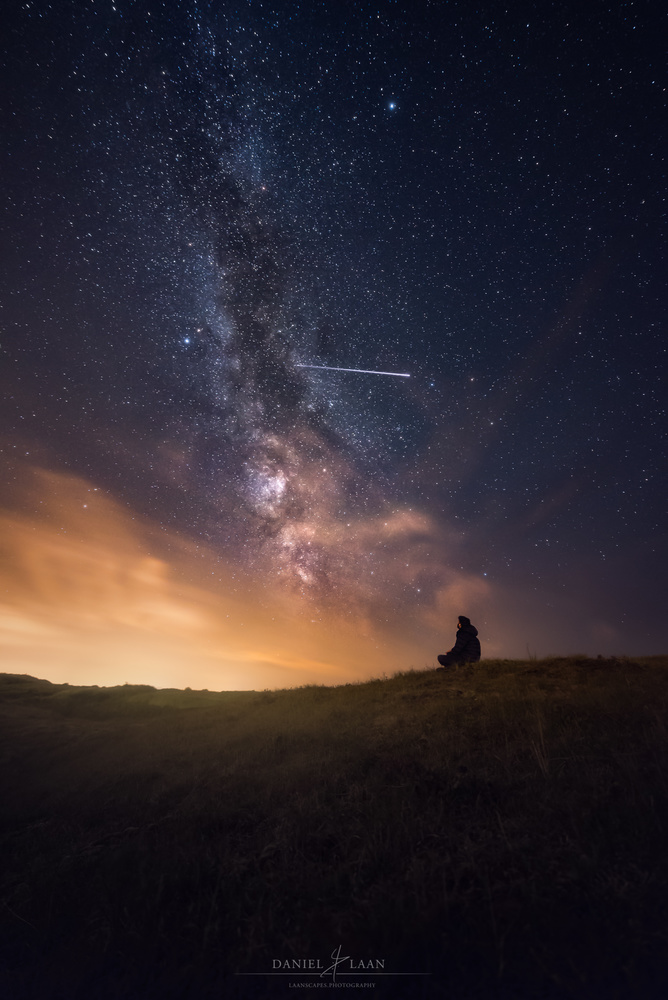 Let’s take a step back. The true message of the story wasn’t a rant by some crazy person on the internet. I mean, he does have a good point to some degree. Why would we want to imagine anything that can’t be seen by humans anyway? Without defending art and beauty once more, I think that the reason behind any form of photography is steeped in our desire to explore. To see realms that are beyond our own eyes is the stuff of interpretation, myth, religion, and science.

We don’t perceive with our eyes but with our brain. Our eyes are complex “instruments” that translate photons into electric signals that our brain can then process, in order for our mind to make sense of it. To put it into photographer's terms: Our cameras are the instruments, we are the brain, and our audience the mind. The mind, but also our audience is constantly fueled with patterns and associations formed from memory and genetics which color those electric signals. This results in different perceptions of reality and gives an explanation as to why aquamarine looks more blue to one person and more green to the other.

The Himba tribe from northern Namibia, for instance, does not classify green and blue separately, the way Westerners do, but it (the tribe) does differentiate among various shades of what we call green. - Maud Newton, NY Times

While Neil deGrasse Tyson oozes with conviction and stage presence in the video underneath, the “people’s astrophysicist” tells you a bit about photography and art that’s relevant to this story.

Art isn’t all science. The very nature of art is that it is “artificial;” man-made. That means that you would have to create in order to be creative. Not unlike myself, photographers from around the world are utilizing multiple exposures to achieve their vision. We all know about HDR-photography for instance. But bracketing exposures isn’t everything you can do to get more out of a scene than any single exposure can. Don’t have a tilt-shift lens? Use perspective blending or focus stacking. Modern cameras like the Nikon D850 are even kitted out with built-in focus stacking tools, while the specialist Nikon D810a allows for longer preset exposures while being sensitive to the light from distant hydrogen nebulae.

Personally, I enjoy the fact that camera manufacturers cater to the needs of photographers. In turn, photographers then learn to work with newly incorporated tools and find novel approaches to creating art that will change the face of photography again and again.

The Light of a Trillion Suns

Here’s a short, simplified story about how astrophotography works. Have you ever wondered why the maximum preset shutter speed on most cameras is 30 seconds? Because there’s an electric current flowing in your camera's sensor during the time the shutter is open, the temperature of your sensor increases the longer it stays open. Eventually, that heat interferes with the image you’re taking a picture of in the form of noise. So, we need to keep the sensor cool in order to lengthen the exposure. This way, we take pictures of stars instead of noise. 30 seconds is also a limiting factor in wide-angle nightscape photography. At 14mm and 30 seconds, the pinpoint stars start to trail as a result of the rotation of the Earth. So we increase the ISO, right? Well, yes. The ISO can be increased to a certain point, but as we know, that also introduces (another kind of) noise. To combat noise, astrophotographers let the sensor cool down in between many consecutive exposures. And to work against the rotation of the Earth, we can track our planet’s movement along the firmament or put the camera in space, like the Hubble Space Telescope. 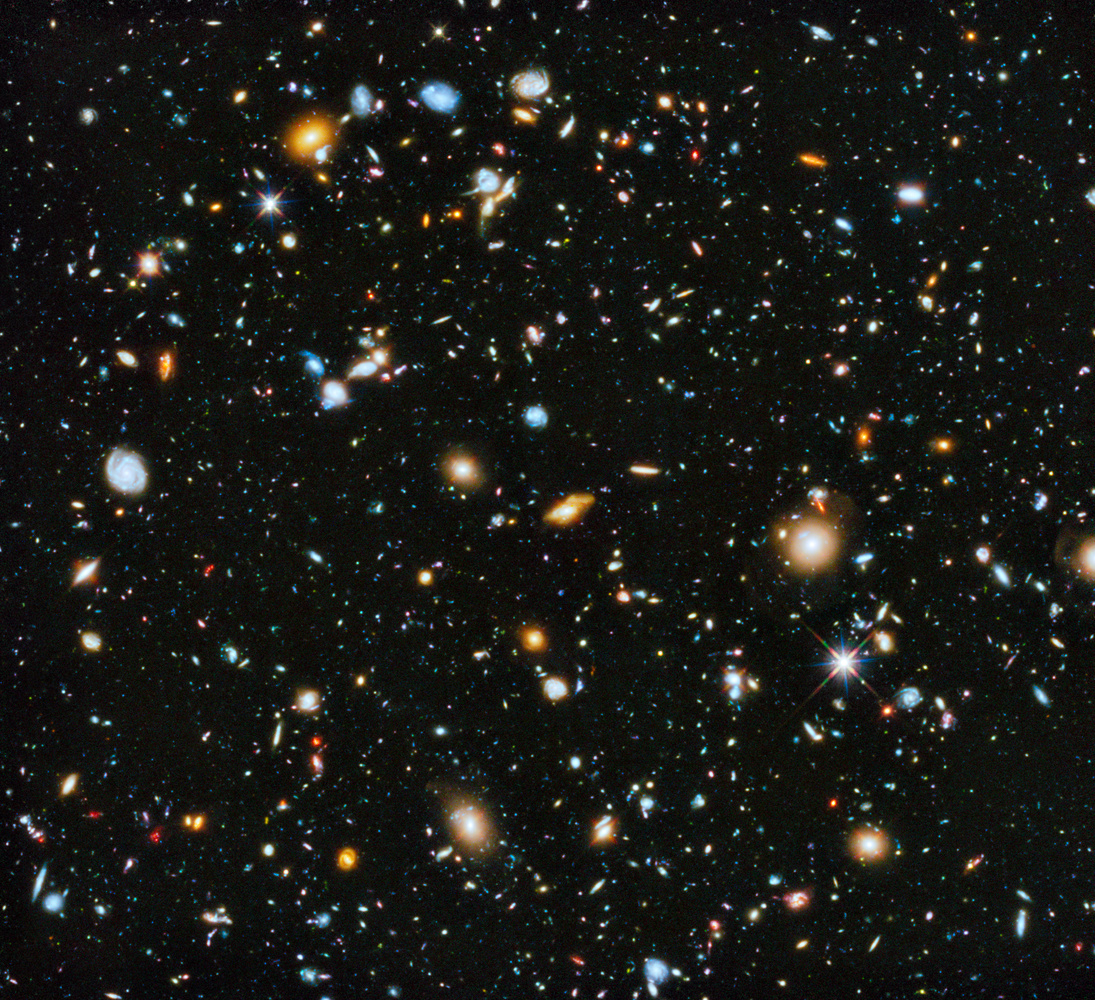 The venerated space-based super camera gathered data for this resulting image in 800 exposures, for an average total exposure time of 134,900 seconds to 347,100 seconds per color. This one is known as the Hubble Ultra Deep Field, and looks back in time about 13.2 billion light-years.

Without Tipping the Scales 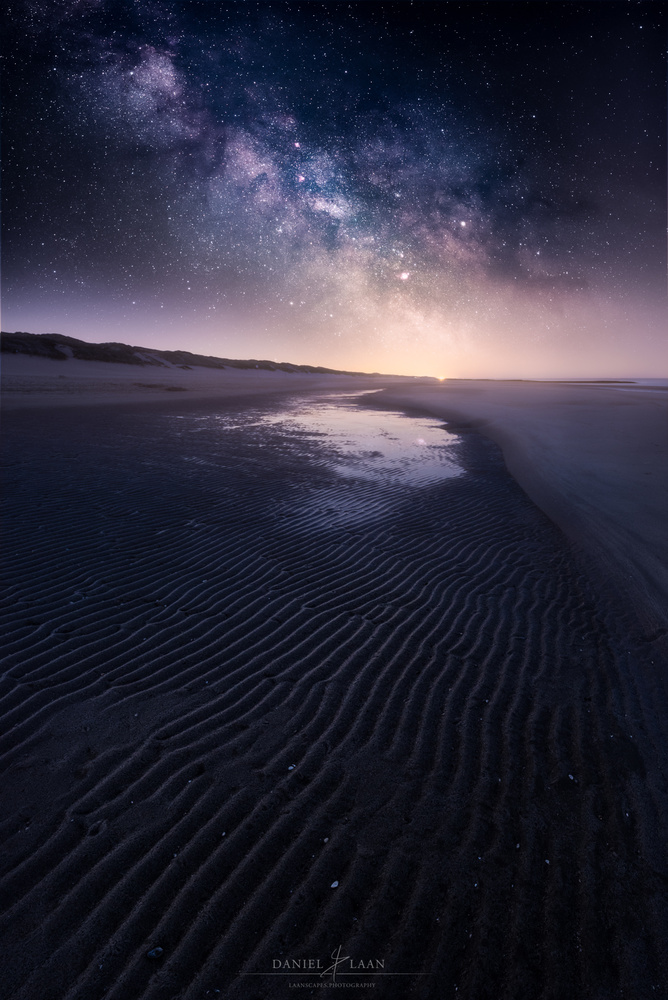 I think creation is about shaping reality, rather than capturing it. So by all and through any means necessary, show your audience how you see the world around you, because I for one, am looking forward to experiencing your art.

Photojournalism and street photography are not the only photographic genres, but this person should just remain safely in those niches and stop looking at all the other great work that uses imagination and photographic techniques mixed with a little bit of magic.

And that person must live in a city, because out in the country you can see whole lot of the night sky. I live in an area that has a substantial amount of light pollution and I can see the milky way and many other celestial objects clearly.

Hello geek, I have a great deal of admiration for Nightscape Photography. Remember, we human used to throw witches into the river...or fire......which ever !! Hard to accept we are a minute speck in comparison...and history shows us that. Keep the education going.

the starts are very much REAL thanks for sharing .

Let's face it: All of photography is a "lie". Even crime scene photos captured in the most forensic way possible can be misleading, or altered.

So, let's put that tired old debate to rest. Yes, all photos are edited. Forget nightscape photography, literally any camera today has a sensor that can do amazing things. Our eyes might be better in some respects, at *seeing* the "real" world around us, but that doesn't mean that every lens we choose is a "lie", every high-key or low-key image we make is a "lie", etc. Heck, even if we gave up and bought an old film camera and a 50mm, even that would be a "lie".

Instead of worrying about "lies", let's just draw our own personal lines in the sand, and not cross them. Realize our own personal mission statement / goals with photography, and pursue them.

Personally, my goal with photography, or my hobby of landscapes and nightscapes in particular, is to simply create "realistic" photos that are constrained not by lens choice or exposure choice, but by the simple avoidance of "fake" things like adding or enlarging the moon, swapping a sky entirely, or making other significant *physical* alterations to a scene either before or after I capture it.

I don't understand why folks think it's so hard to draw this line between "all photos are edited, so anything is fair game" ...and "this photo actually defies multiple laws of physics, optics, gravity, light, whatever."

Regardless of the equipment and the editing workflow, whoever sent you that statement needs to come to Australia. It might be varying shades of black and fringed in by so many stars it looks like cotton wool, but down here it's clearly visible to the point that all of the dust lanes and billowing gas structures are clearly visible to the naked eye. Once you've seen it, you can't unsee it. I can clearly see it through the streetlights in my suburban street. On a side note I shoot a lot of widefield astro and all of my images are single images with no blending. If you like, check out IG @the_night_safari_guy to have a look at what we see down under (by the way, I'm definitely not claiming to be any kind of photography or computer whiz....hence the single images!).

The core of the Milky Way is clearly visible to the naked eye including all of its fine detail.

Another incredible article Daniel you always hit the nail on the head! Really appreciate the effort you put into your articles, its such a please to have a photography related good read from yourself every now and then. Really liked the mention of how others have different perceptions through associations and patterns from memory, as the more I do astrophotography and observe the night sky the more I can 'see' with my eye (I mean mind :) )

We are children of the stars, so for me photographing the milky way means making a family portrait

I'm not a child of the stars. My parents were just boring Midwesterners. :-)

This article reminds me of Jimmy Swaggart, who loved to preach about the evils of homosexuality to his congregation. Of course, none of them would disagree! :-) You're preaching to the choir, here!
I love astrophotography! Amen!