Using Photography to Document the End of a Musical Era

Ebru Yildiz is a photographer based in New York. She shoots portraits and live music events and has clients like the New York Times, Rolling Stone, NPR, and Pitchfork to name a few. One of the places she's shot a lot of work at has recently closed their doors. The venue, Death By Audio in Williamsburg, has been one of the most vital underground music venues in the NYC community. It occupied a large warehouse on the waterfront from 2005 until 2014 and hosted bands who due to their performances there later enjoyed international acclaim. Bands like A Place to Bury Strangers, Jeff The Brotherhood, and Lightning Bolt and many more graced the stage in this venue.

Within its walls were a music venue, a guitar effects pedal company, a rehearsal space/recording studio, and the homes of over 10 artists and musicians.

Due to a case of "gentrification on steroids" that took New York by storm the last couple of years, Williamsburg changed quickly. Vice Media long-leased the building, and in the end, Death by Audio had to let the venue go, basically being kicked out. The creative forces behind Death By Audio then decided that they would not let negativity set in. The times they had must be celebrated instead, so they had a 75-day celebration party where all the bands who embraced their stage were invited to play one last time. They opened up areas in the warehouse for an art gallery that showcased over 70 local artists' work. Ebru, a Turkish-born, Brooklyn-based photographer, decided a book was the best way to capture the last days of the venue in all its glory, to show its legacy and that of the people who made it what it was. 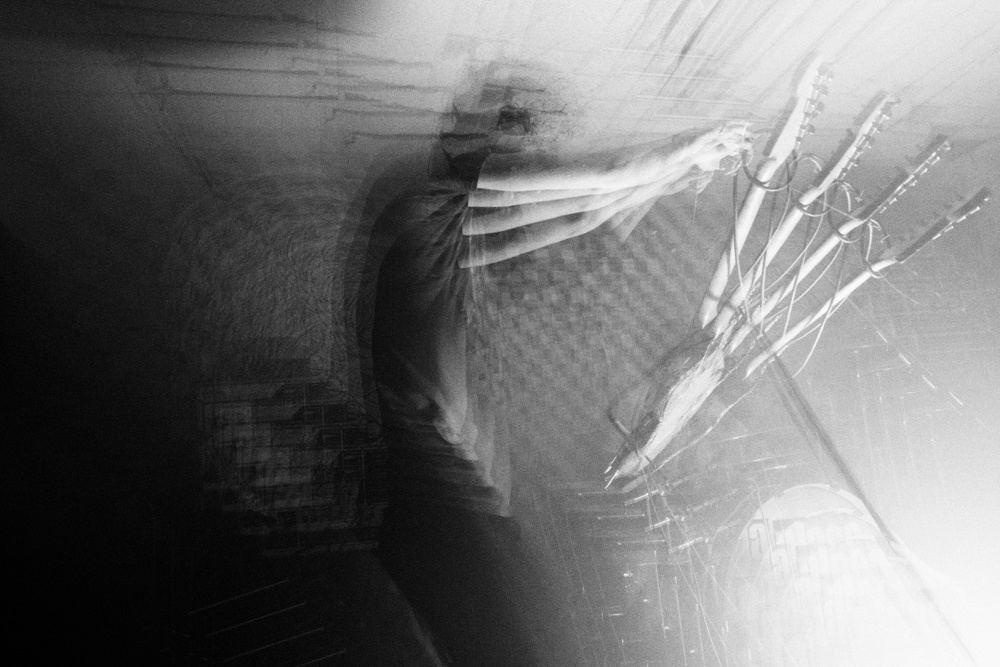 The photographs focus on the lives of the residents, the work of the artists and musicians, and the elation of the audience.

She wants it to draw attention to the influence and space the venue has, not only as a physical venue, but as part of the lives of the people who joined in the mosh pit each night, the ones who lived for the music. 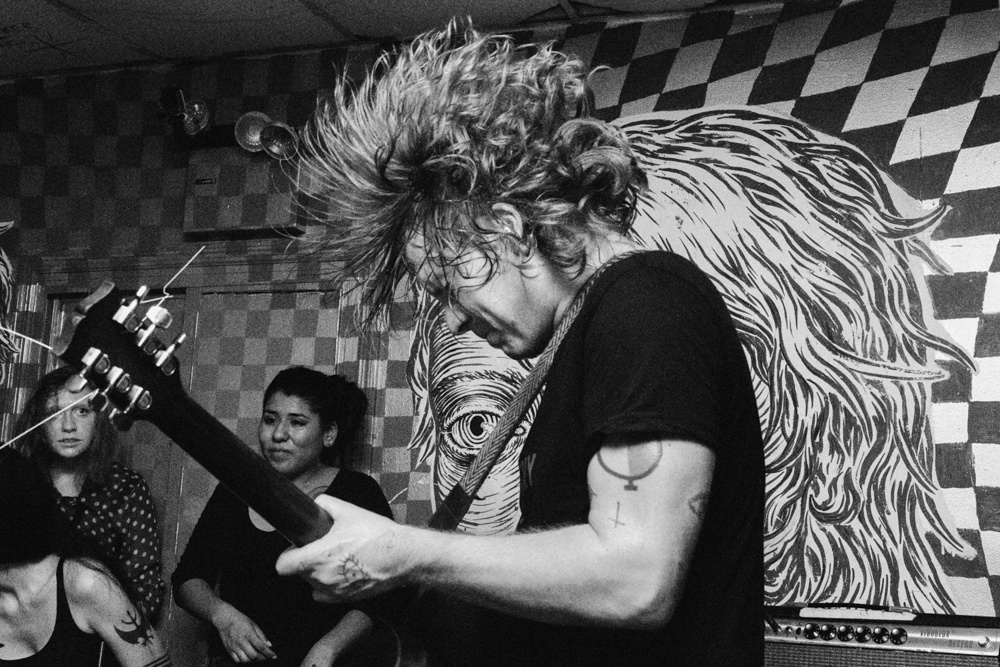 Gear She Shoots With

For this project, she used a Canon 5D Mark III with the 24-70mm f/4L IS USM and 28mm f/2.8 IS USM lenses. She carried extra batteries, memory cards, and a Speedlite in her bag. She doesn't usually use the flashes, but in this venue, it was important to have it mounted on the hot shoe. She also started shooting portraits with her Mamiya 7 II, a camera she loves. The one piece of gear she says is crucial in these locations is ear plugs. 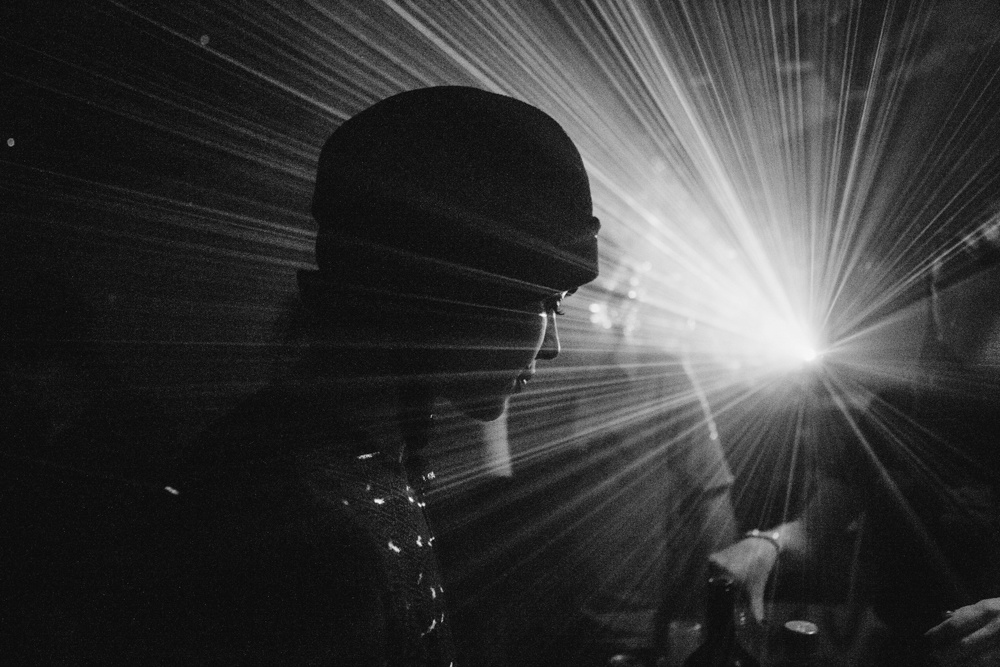 She shot the images for the book in black and white. It was her idea from the beginning of the project. For her, there is a certain timelessness that one gets when stripping away the color, which she loves. To her, color is like a timestamp, and it's possible to see what time period the photo was taken in. Also, when it's black and white, the focus is immediately on what's happening in the photograph itself and not on the technical aspects.

When the news broke that the place was closing down, she went to it almost every night. Of the 75 days of shooting, she had around five thousand shots to choose from. She shot the live shows, but also the people in and around the venue, capturing the more intimate scenes of the daily lives of the people who worked and lived in the space. This was more than a venue; it was part of many people's lives. 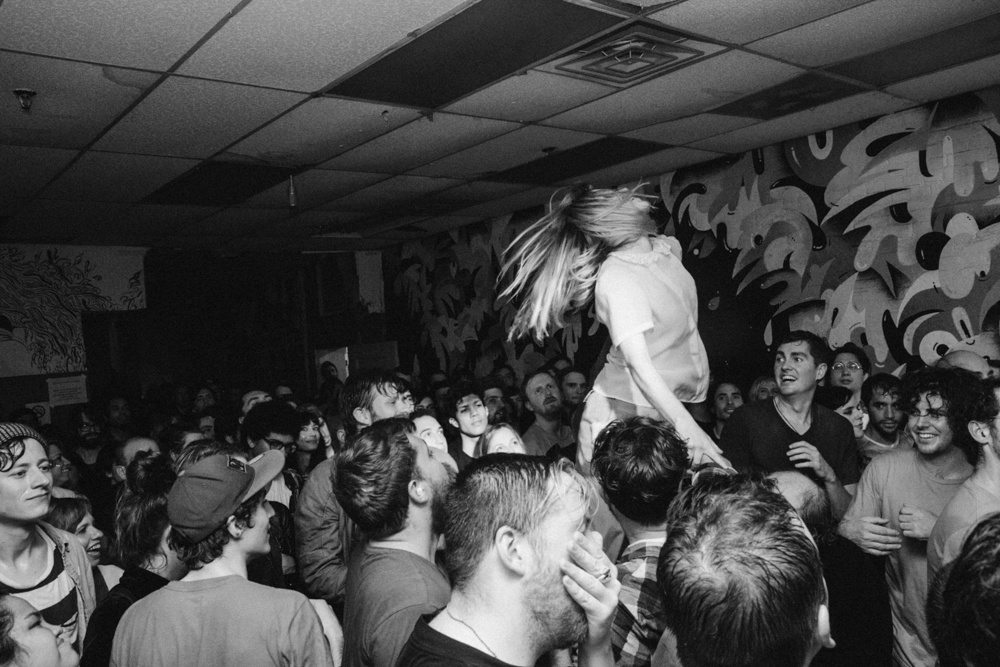 What Yildiz Looks For

She likes candid facial expressions and emotions portrayed by the artists and the crowd members. The light comes second. When shooting a live show, she listens to the music more than anything, because, according to her, if you follow the music, you can be in the right place at the right time and be in sync with the musicians on stage. This makes for unique, powerful images.

For her, getting around the wildness of the crowd is the most difficult thing to do when the band is playing. There's a lot of moshing, crowd surfing, and being pushed around. She notes that you need to hold on to yourself, the camera, and everything you have in your pockets and be able to move around. She's broken teeth at a gig once, and since then, she's been much more cautious, but it shows this is not for the faint-hearted. Due to consistent visits to the venue and the book project, they later built her a wooden box to stand on.

A book to document a venue's moment in time might sound as if it's been done a million times. However, for the people who attended the events, to see it change to something else evokes powerful emotions. In that regard, it's a perfect medium to say goodbye with. It's almost like she felt the world needed this book as reminder of the venue, people, and town. This project was very well executed. A couple of venues in Cape Town, the city I live in, are also closing their doors, and I might do something similar for them. When looking at Yildiz's work, I'm inspired by her dedication and consistent delivery of great images. She did it because it was something she was passionate about. 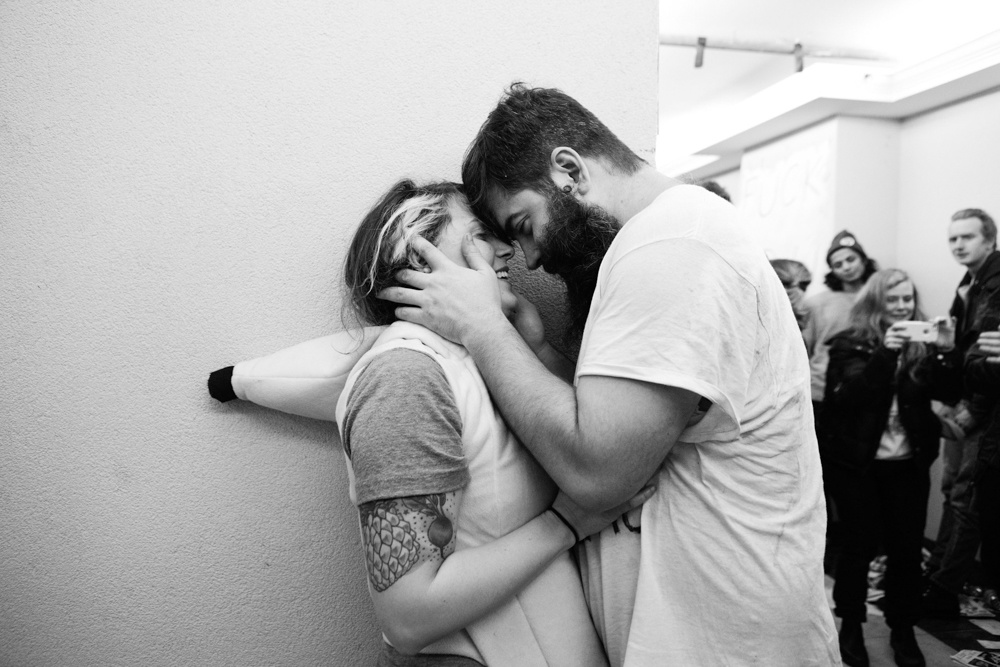 Yildiz's work can be viewed here.

Contests / October 14, 2019
Submit to the Feature Shoot Emerging Photography Awards for a Chance to Exhibit at Aperture Gallery in NYC

The insane amount of energy that comes with many of the Death By Audio bands would, indeed, make it a task to shoot one of the shows. (I've seen Lightning Bolt several times, and it's always like watching a nuclear explosion.) But, her work brings this strong sense of serenity in those moments. Amazing work!