What Are the Most Beautiful Cameras of All Time? Here Are My Top 10

I will use any camera, as long as it's beautiful.

Once upon a time, I did buy a secondhand Canon 5D, because I wanted a full frame Canon on a budget. It was a tremendously ugly thing, but it did its job. But as the years tick by at a steadily increasing rate, I no longer want to press ugly things against my face just to get what I want out of it; that's a younger person's game. Now, I want that little box to have as much care and attention put into its outside as its inside. It wasn't until the 80s — or thereabouts — that cameras weren't almost automatically attractive. Then, the advent of black plastic cubes changed everything for the worse.

This week, I had the unfortunate task of helping to clear my Grandad's house ready for sale, and it meant going through some of his old cameras. Unfortunately, he got into photography and videography in around the 1980s, so there were to be no additions to my display collection of vintage cameras. However, on the drive home, it did get me thinking: what are the best-looking cameras of all time? I began to collate a list in my head, and then, after chatting to a few fellow photography nerds, I present to you my top 10, in no particular order, as that made it too difficult for me. Remember, we're judging judging cameras on looks only; performance, price, or rarity are not relevant. Also, I am only covering stills cameras in this article, video cameras will come in the future along with the top 10 ugliest cameras.

Image by Gary Pearce used under Creative Commons 2.0 via Flickr (Click the image to visit the original.)

This was the first camera I fell in love with. It's now almost irritatingly famous due to an influx of Instagrammers a few years ago taking images of the top-down viewfinder with a nice scene inside.

This body (particularly with a lens sporting the square hood) is just iconic, and if I had a waist-level viewfinder, I'd be taking all my shots at a much lower vantage point for sure.

This lesser know oddball has a decent claim to fame: it was the first 35mm SLR stills camera in regular production. Of German origin, this quirky camera had a number of curious issues, like the finder hood blocking the shutter release when fully collapsed, among others. It's worth reading more about it here.

"To celebrate the 100th anniversary of the founding of the American Society of Cinematographers, Leica brings an exclusive rendition of the M10-P."

I discussed not wanting to put ugly things to my face' well, in this case, I don't believe my face has the right to put itself against the camera. This Leica M10 limited edition was produced in a batch of only 300 and will lighten your pocket by around $20,000. But what a way to lighten it. To me, this is the most beautiful modern camera and one I'd struggle to use without being frightened I'd scuff the body.

Click here to read more about it, or even take one of the 300, and be the envy of all your friends, or at the very least, one block on the internet.

Another iconic and influential camera, this medium format twin lens reflex is recognizable to most photographers. From vector silhouettes of its shape on t-shirts, to sitting atop shelves on sets, the Rolleiflex really marks a stage in photography that comparatively, wasn't that prevalent. Nevertheless, the TLR design is stunning.

One of the stranger cameras in this list and the first large format to be featured, these things are beautiful. Many of them are made in Japan from 300-500-year-old cherrywood, which gives them that rich, red hue. This is a brand of photography that's right up on my bucket list.

This is a camera I'm very much looking forward to reviewing in the coming months. The 907x Special Edition is a mirrorless medium format body, which celebrates the 50th anniversary of the Apollo 11 moon landing which Hasselblad had a large role in capturing. The minimalist, boxy design is unusual in today's market, and the tilt screen entices users into that waist-level shooting style I find so appealing for some reason.

Image by Ur Cameras used under Creative Commons 2.0 via Flickr (Click the image to visit the original.)

This damn work of art is a "straightforward copy of Ernemann's Ermanox made by Ernst Lorenz of Berlin in about 1926." It's a small, handheld camera with very interesting lenses that would be popular today. For example, it could be used with the Ernostar 85mm f/1.8 or 100mm f/2, which had front elements that were massive for the time.

Stereo cameras were an unusual feature of the 1950s camera world and sold well. The Kodak Stereo Camera launched in 1954 and sold over 100,000 units. It took two photos, one from each lens, and the results could be viewed through "dedicated image viewers." A strange creature, but an attractive one.

The Compass measures 2 3/4 x 2 1/8 x 1 1/4 and weighs 7 3/4 ounces. It has a coupled rangefinder, built-in lens hood, and filters. The viewfinder converts from normal to right angle. You can overlap two frames to take a panoramic picture. Originally designed as a plate camera, there is an accessory roll-film pack, which holds a short roll of six 24x36 negatives. The Compass has a rotary shutter with a speed range of 4 1/2 seconds to1/500. There is also an optional folding tripod.

Incredible design and functionality, but rarer than dog eggs.

This one might be met with a little disagreement, or quite a lot, actually. It's essentially a large army green tin, but for some reason, I love it. Perhaps my interest in it is colored by the fact it uses 70mm film, or was intended for use in wars, or even that it's deceptively big — massive in fact. Check the video below to get an idea.

I was going to do an honorable mentions section, but it'll get out of hand. I discounted a number of gorgeous cameras and even a few modern ones that were sure to rile people (the Fujifilm 100V and the Olympus E-P10 in the two colors that aren't black, for example), but they didn't quite make the cut. I didn't want to be accused of recency bias, now did I?

I think it scores for being 'beautiful in the hand' as well as to the eye. It just feels gorgeous and is hard to put down - not sure I've ever held another camera that's made me feel like that 😂

Yeah, I'm not quite sold on the Sinar being beautiful. Each to their own!

Voigtlander Vitessa with the collapsible lens

The Contax N1... It's also one of the most comfortable cameras to hold. Really, anything Contax. They're all beautiful. 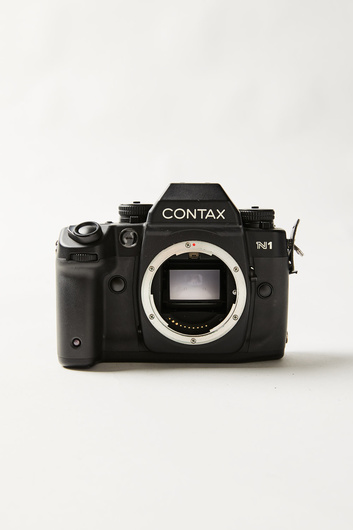 I quite like the aesthetics of the 90s point and shoot cameras like Minolta TC-1 and Nikon 35TI.

I'm guessing the Sigma Quattro H will make a different list to this one.

It'd be lucky to not be on the next list of top 10 ugliest.

Olympus OM-2N, in black. No longer have it, but recently scored a couple of E-M10 series cameras which look a bit like the older film OMs.

Did not expect to see a stereo camera on this list haha. Off the top of my head: 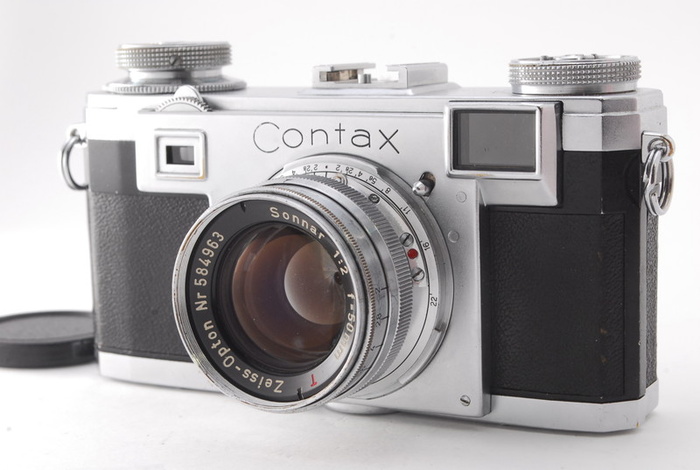 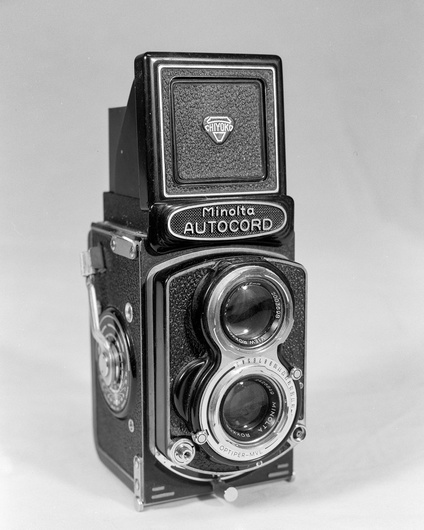 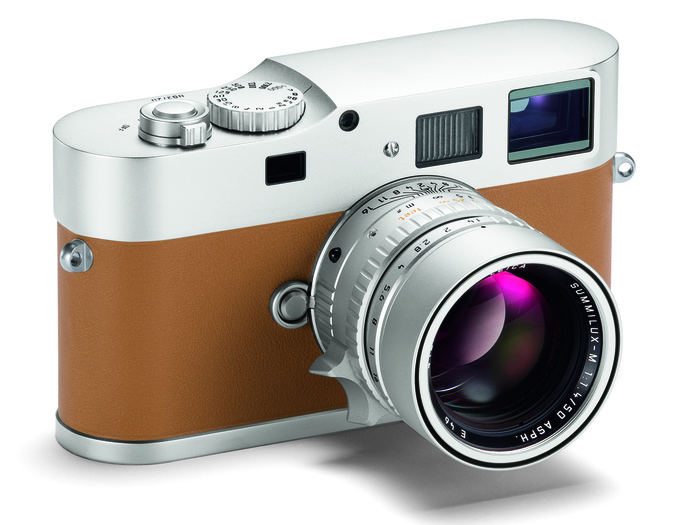 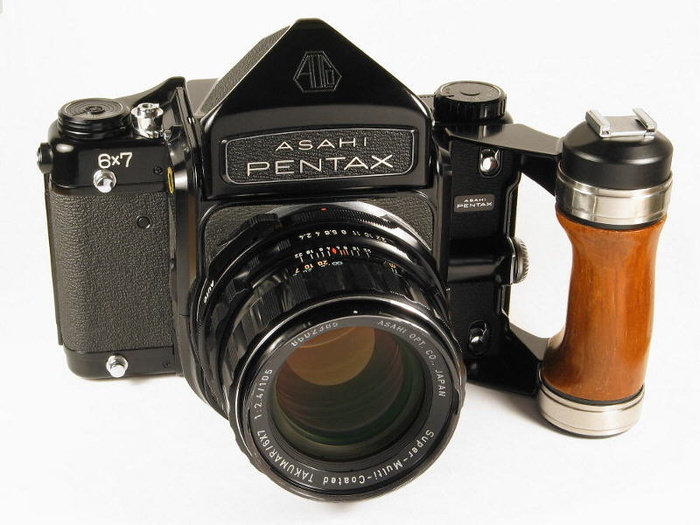 The IIIa is very nice too.

The Contax Aria 70 Years edition is quite pretty too. 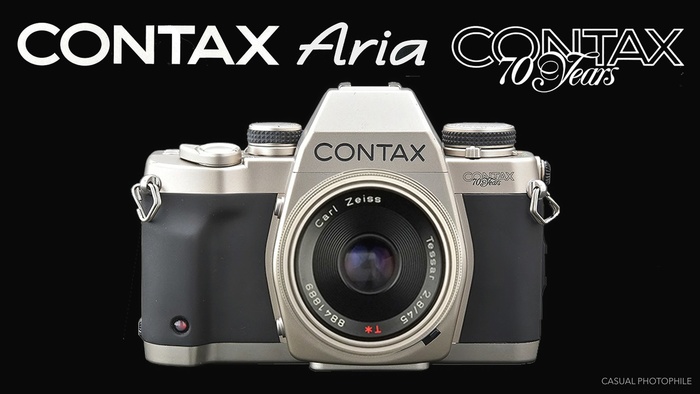 I think it's obligatory to do it at least once - I certainly have!

I do it mostly because I haven't bought film for it yet.

If I had one, I'd do it too! I'm just bitter I've never bought one.

I've always like the twin lens reflex cameras. That's what I remember my Dad shooting when I was still a crumb cruncher. :-) 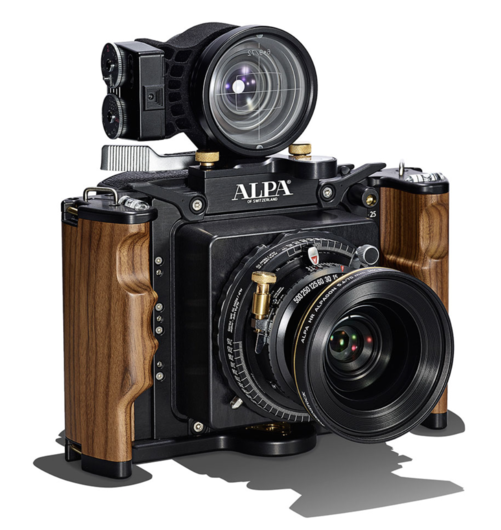 It is brick with a lens attached, but I like its looks.

Absolutely! The C3 was my first thought. 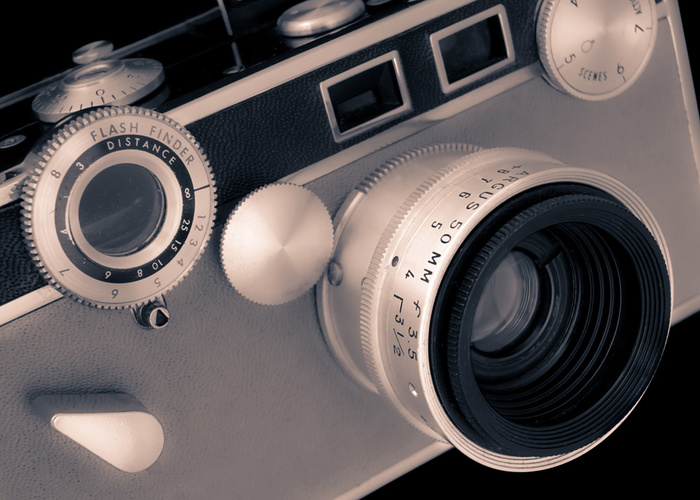