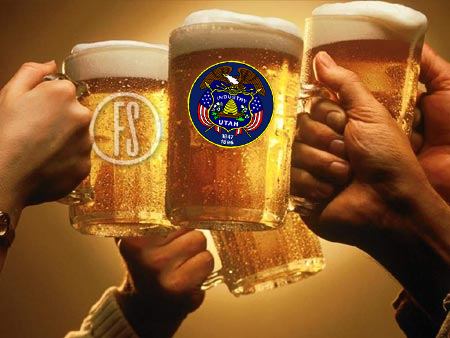 So you've had a long week of work and just survived a record breaking wind storm...what does one do to cut the edge in Salt Lake City? How about socializing over a few beers with other local photographers? Lee and I will be in Salt Lake City, Utah this weekend hitting up Solitude (if the snow sticks around) before we head down to film the next Fstoppers Original in Phoenix. We've been told the best local watering hole is a beervanna called The Bayou (645 South State Street), and nothing cures a long flight and a little jet lag like a few cold brewskies. Meet up at The Bayou around 9PM if you are in the area and we'd love to hang out a bit and trade war stories. In typical Fstoppers fashion, yes this meetup is being announced within the maximum 48 hour notice :)

Posted In:
Other
14 Comments

Well if this is too short of notice you can come snowboard with us over the next few days.

When and where is the Phoenix meet up? :-)

We could set one up in Phoenix with Blair Bunting. We will work on it.

Blair is a sick photog!

The one weekend that I am going to already be up in the mountains...

Sure, have a meeting 4 blocks from where I work.
Not that I can enter a bar.
Or even in the state for the weekend.

Any plans in coming to San Francisco any time in the future for a meet and greet? Tons of great watering holes here plus a Tahoe trip is waiting for you guys right down the road....if not to hungover in the morning that is???

Lame, I just left Salt Lake for a few days.

I am down to show up

I may be there. I have my work party right next to that this evening....BTW, you guys should cruise up to Ogden tomorrow and check out the Help-Portrait session we are doing there.

Its UTAH and you are trying to meet in a bar? Try something different, mormons are not allowed to drink... :D :D :D despite that, they would never enter a bar!

Would be quite hard for me to be there in time when I start from my place (Hamburg, Germany). But I'm sure you guys will have a good time! Have fun!! ;-)

I've got a dinner thing tonight and depending on how long that lasts, I might be able to stop by afterward.

Lee, it was nice discussing the finer points of the Twilight series with you. I surely walked away with a better understanding of the real Lee.....ha.