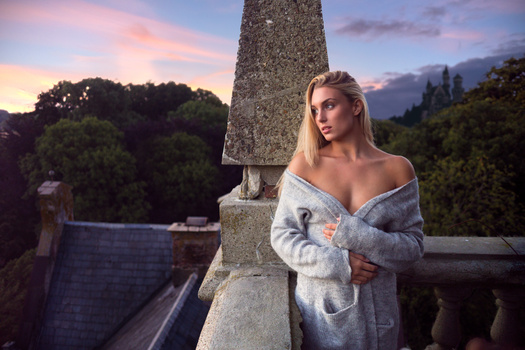 For once, I have a story to this: Funny story: I wanted to find some castle, so I googled "Castle Fyn" which is where I live. It showed me some random castle a bit out of town, and we drove down there.
We entered some gypsie-ish community with tents and caravans and finally ended up at the castle. Next to it was a truck, or HALF a truck; it had been turned into a house with a tent on the other end. I shouted "hello!" and out came a man with a pony tail and ragged clothe. Apparently he was in charge of the castle, and after some conversation he led us inside.
The castle hadn't been used for many years and was old and dusty. We were led up a winding narrow staircase with loose boards up to the very top tower where I took this shot. Another wide angle shot that I really like. I've been trying for ages to get a good shot with my 24mm lens, and it finally happened two times in a row. Maybe I'll stick to it. 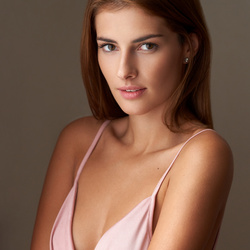 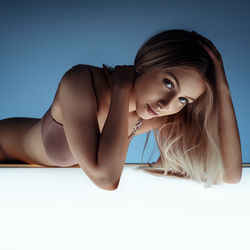 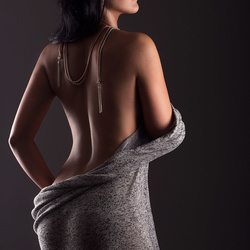