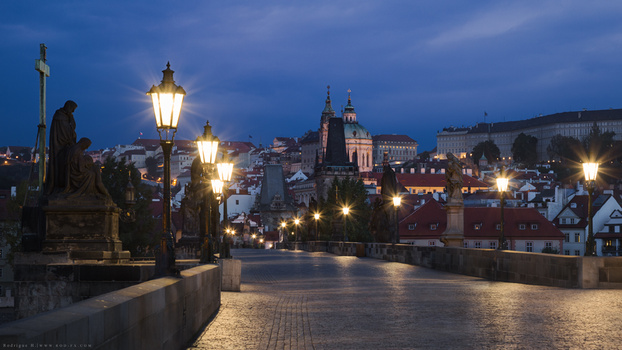 Charles Bridge, the oldest, most stunning and definitely the busiest bridge in Prague! It was build to replace the Judith Bridge that had been badly damaged by floods in 1342.
During the day the bridge is constantly filled with people checking out Czech artists, musicians and souvenir vendors whose stands line both sides of the bridge and mostly those beautiful Baroque statues placed along either side.