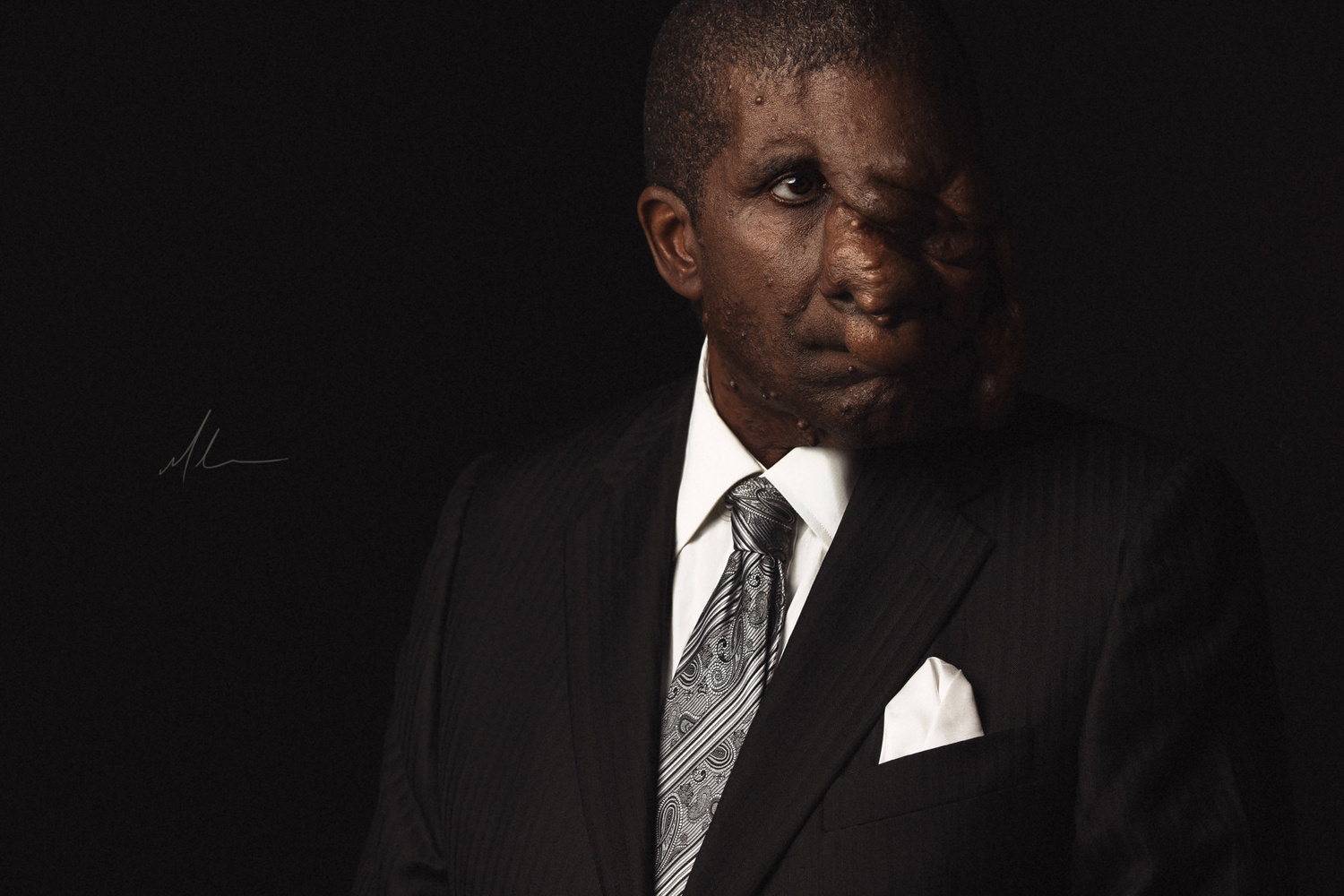 Reggie Bibbs is a 54-year-old-man living in Houston, Texas. Mr Bibbs was born with a genetic disease called neurofibromatosis (NF), which causes him to develop tumors on his body. NF can be a subtle disease, but in Reggie's case it has left him with a disfigured face and deformed leg. But he is happy with the way he looks, and doesn't want to change his appearance to please other people. He has launched a successful campaign entitled "Just Ask" to educate people about NF so we got together to update some photos for him...and boy can he rock the camera!