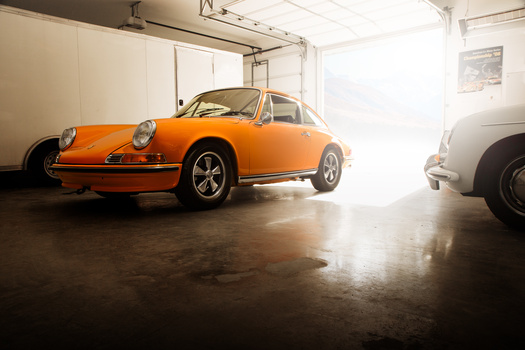 After a long day of shooting photos of this Concours-winning 911 for auction, I stopped the owner as he was pulling the car into its garage and asked if I could take some extra photos of it right where it sat. I've found that shooting a car in its own garage helps to tell a story, and leaving the car where it had just pulled in made it feel more natural. The owner is a long-time Porsche enthusiast and racing fan, so I wanted to include the Porsche racing poster and his next project car, the white 356, in the frame to add some extra meaning to the image.

In order to do the paint justice in the darker areas of the image, I introduced some additional light with a bare bulb strobe. When finished, this photo consisted of about 9 exposures (about 5 for the main car, 2 for the 356, and 2 for the rest of the scene).

When putting this image together, I wanted to stick to a very simple, bright color palette that complimented the car's Signal Orange paint job. The 356 and the Porsche racing poster both had touches of orange and yellow, so I emphasized those colors to bring more attention to those elements. 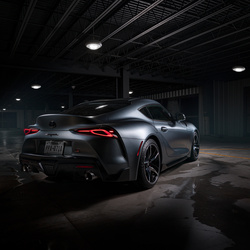 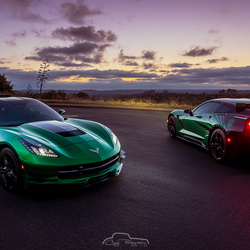 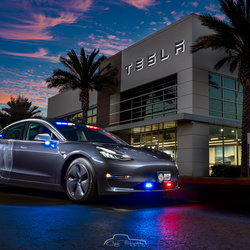