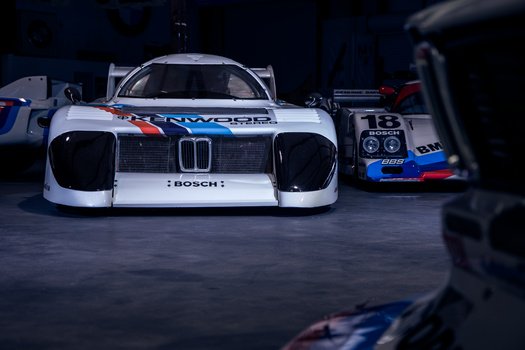 One of the many cars from the "Heroes of Bavaria" exhibit at the BMW CCA Museum in South Carolina.
This exhibit was one of the largest collections of BMW race cars to ever be assembled.

The cars were waiting to be staged for the coming exhibit, so I took the chance to shoot them before the soft opening. Each image was composed of 5-10 exposures and were all lit with a bare bulb Flashpoint XPLOR 600. I wanted to convey the same feeling I had when walking into the dimly lit treasure trove of motorsport history through these images. Everywhere you turned, there was another legend tucked away in the shadows waiting to be discovered.