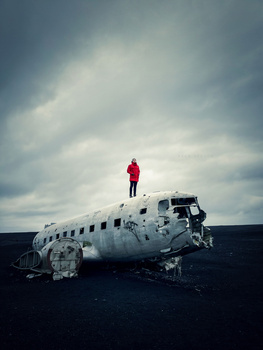 Commander of the ship

In 1973 a United States Navy DC plane ran out of fuel and crashed on the black beach at
Shot with One Plus 3T Phone.
Sólheimasandur, in the South Coast of Iceland. Fortunately, everyone in that plane survived. Later it turned out that the pilot had simply switched over to the wrong fuel tank. The remains are still on the sand very close to the sea.