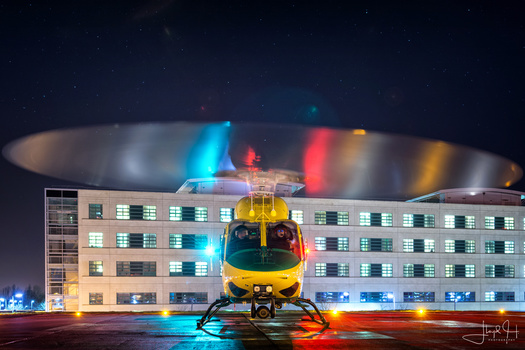 Wiltshire's Bell 429 Air Ambulance on the pad at Great Swindon hospital during a routine night currency sortie for the crew.

The aim for this was to demonstrate the charities/air ambulance on call status during the night, to capture imagery of the aircraft and of the crew during a routine currency sortie from their home base, that at the time was situated at Devizes police station.

It can be hit and miss to get the rotor disc of a helicopter to light up sometimes, but when it works I think it looks pretty great!