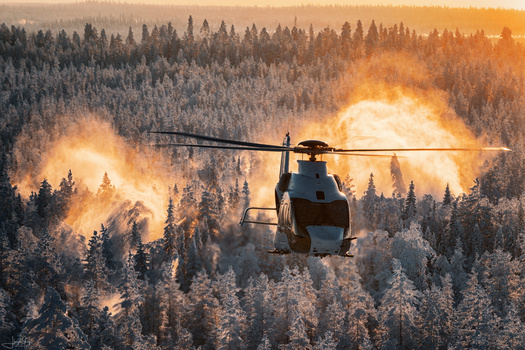 This was taken towards the end of the flight and was, I think, pure luck! I noticed the crew skimming along at tree height, the wash from the aircraft was kicking up the snow from the trees and our camera ship pilot started to slightly bank the aircraft and bank along at the same time - the problem with this is that you can sometimes get eflux from the engine which produces an effect similar to that of putting vaseline on the front element of your lens, luckily I managed to grab this single shot before the aircraft fell behind a wall of eflux.