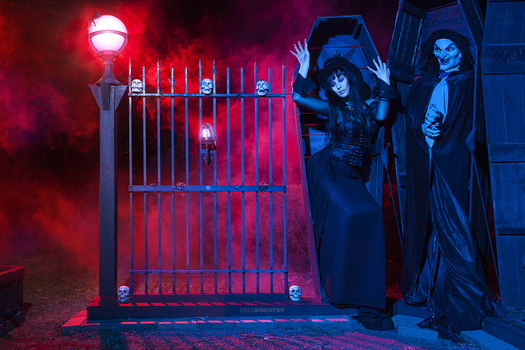 A couple of years ago, a gentleman thought he could setup a Halloween themed park on his small farm property but the local residents and council had other plans. He actually had started the project before he had received approval. The residents complained and the council stopped him from opening up to the public.

So he had a property covered in skeletons, coffins and other spooky stuff and no peeps to check it out.

One member of a local camera club was able to setup a shoot for a number of us and access the property.

The owner was amazingly accommodating and supplied all the necessary power leads and even a smoke machine.

All the other photographers were shooting the various props and 'scenes' and I of course brought a model along because that's what I do. LOL

This was one of the sets the owner had built so I had Leia climb into the coffin for some shots.

The lighting setup consisted of a key light with a blue gel front right and a light with a red gel behind the scene. I have found from previous shoots that to get the best look from a smoke machine is to light it from behind to get that really 'cloudy' effect.

One of the great things when using gels is the mix of colour that's created. Right in the middle of the image as the red and blue colours mix, you get a hint of a third colour which is purple.

This image was shot late in the evening and the sun had started to set when I arrived.

In my haste to setup before it got too dark, I didn't check my camera setting fully from a previous shoot and ended up with having my ISO set at 800 and this created a bit of noise in the image.

Luckily I had a bunch of peeps with torches there and they shone there torches on Leia face so I could focus. 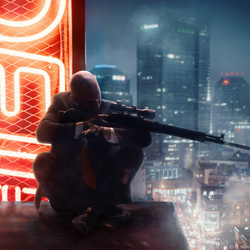 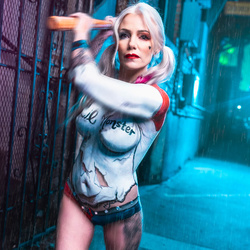 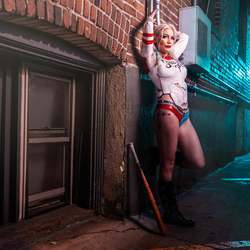