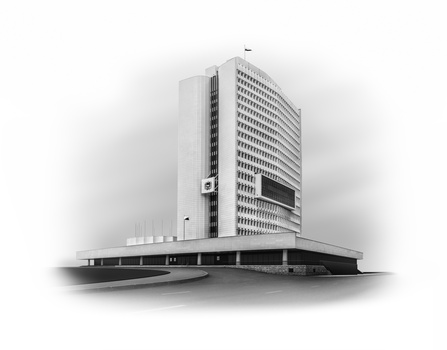 Concept:
Artistic background blur and discoloration make it possible to separate the main object from the oversaturated background and focus the viewer's attention on the object itself.
Annotation:
The building of the Administration of Primorsky Krai.
This is the first high-rise building (75.2 meters) of the city of Vladivostok, which was built in 1983 according to a project of the Moscow "Mezentsev Central Research and Design Institute".
During Soviet times, the building housed: the Primorsky Regional Committee of the CPSU and the Primorsky Territory Executive Committee.
It has 8 elevators and more than 500 cabinets, which employs about a thousand people.
During its construction, the buildings of the former regional government that were of historical and artistic value were demolished.
Sometimes, city dwellers call him: "Tooth of wisdom."