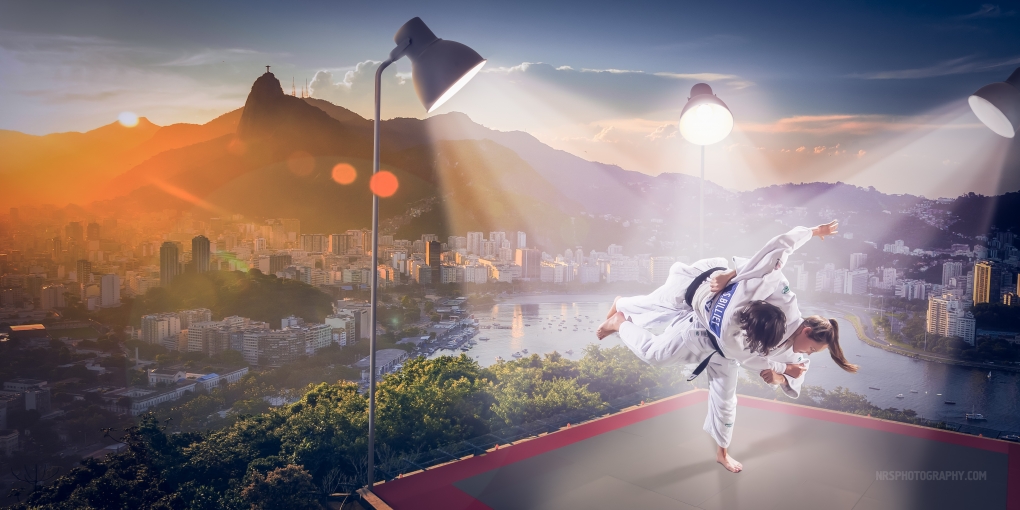 This is the second photo coming out of my recent shoot with the Belgian Black belts.
Four of the best Belgian Judoka's teamed up to create a team feeling in an individual sport like Judo. The pictures will be used to find sponsors during the preparations for the next Olympic games. The basic shot wast taken in a Dojo at the University in ghent and later added to the background.

I matched the perspective of the background before I started shooting to make sure everything would align properly.