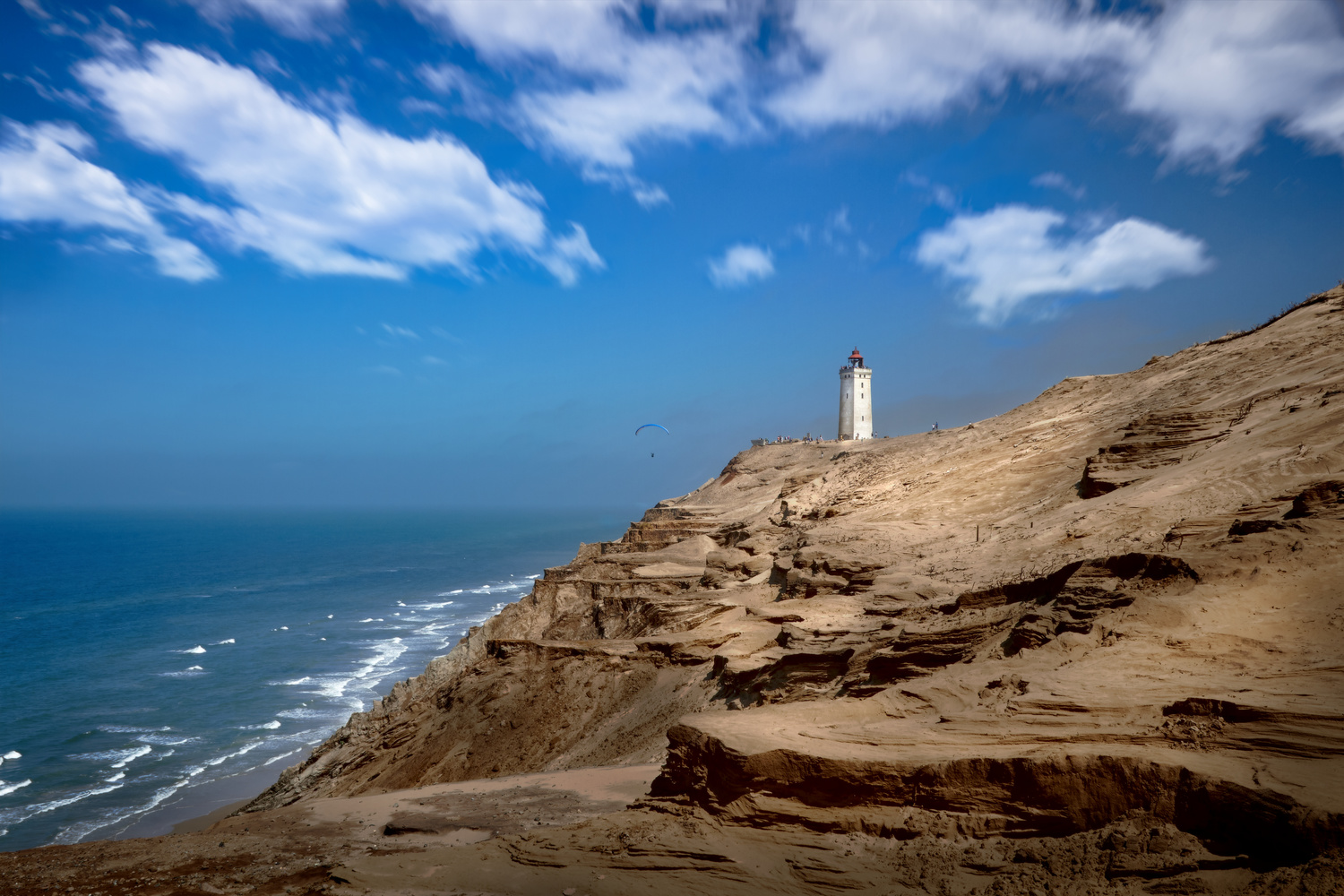 Rubjerg Knude Lighthouse was originally build 200m inlands. But due to erosion and the drifting of sands the lighthouse became dangerousely close to the edge.

Since this picture was taken, the lighthouse has been moved 70m further inlands. This should secure it until 2060. The move was executed on Tuesday 22 October 2019. 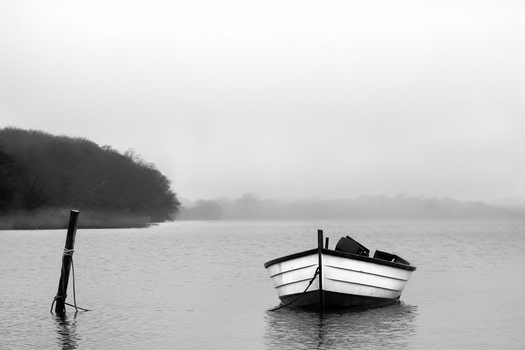 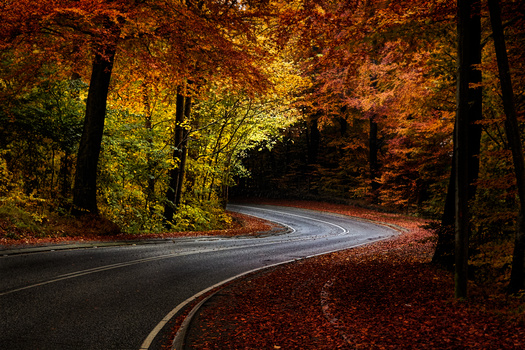 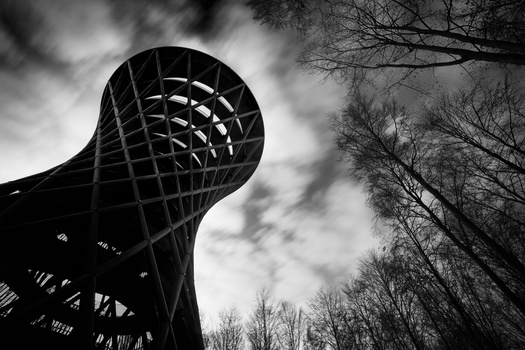 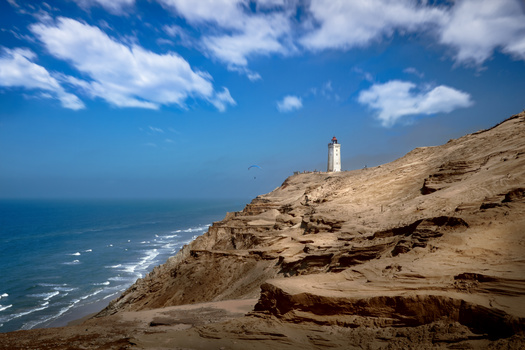 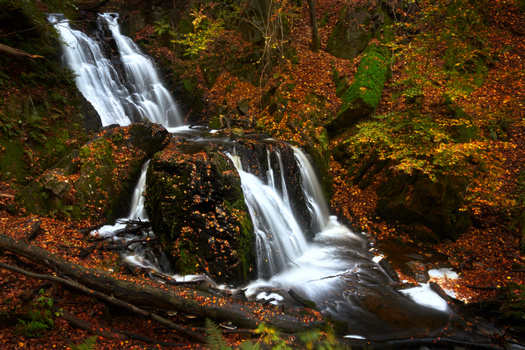 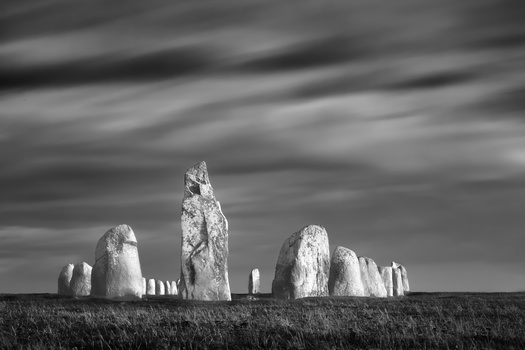