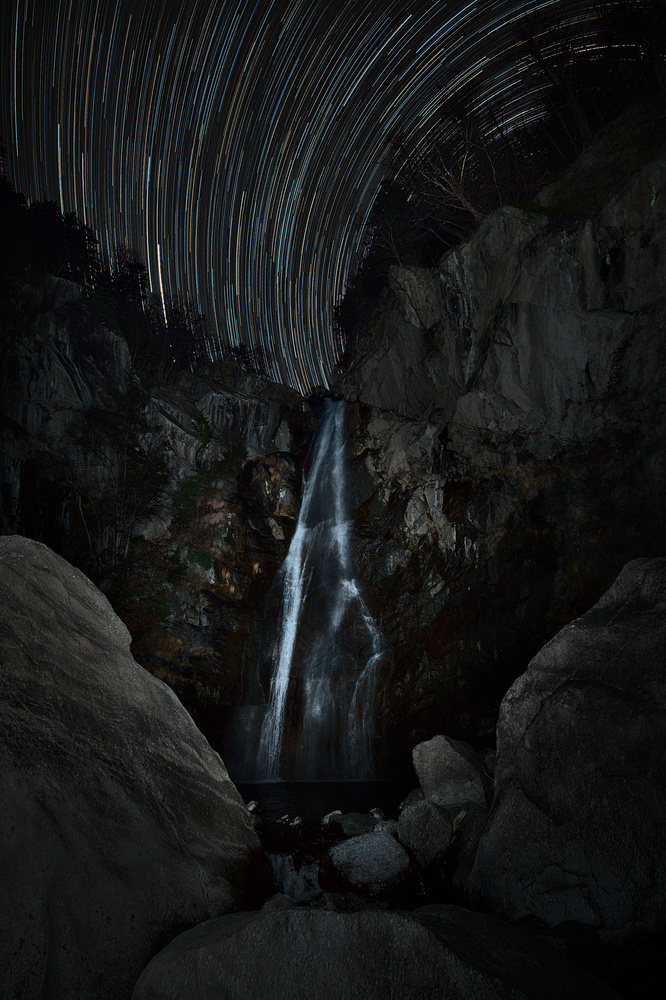 Kalmtaler waterfall in Passeier valley, South Tyrol. Reprocessing a photo taken in early december 2019. It has been quite a hazard to shoot this one, because the night was moonless and freezing and my tripod was placed on top of a giant boulder in the middle of the creek, with water on each side, and had to be still for more than an hour. I already shot this waterfall before, in much better conditions because it was half frozen, but unfortunately the foreground didn't came out sharp due to a movement of the tripod during the exposure. The winter is finally gone, but I plan to return next year and hopefully get a better photograph with the shiny ice.

Beautiful. I love how you've brought that waterfall into the frame. What did you use for lighting it?

I tried to pop them from different angles during several 30 seconds exposures, then blended together in GIMP