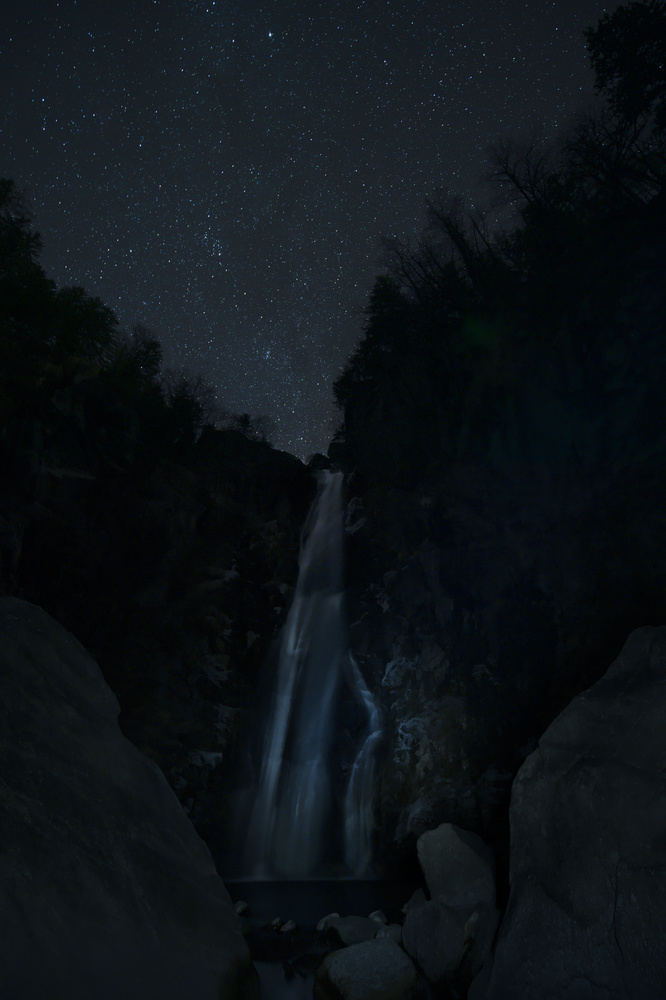 In Tolkien's mythology, elves woke up on the shores of lake Cuivienen, and the light of stars was the only thing breaking the darkness resulted by Morgoth destroying the two Lamps of the Valar.

This picture was taken during a moonless night in a place with extremely few light pollution. After some time spent adapting my sight to such darkness, I was literally able to see just the vague shapes of some rocks nearby myself.

This is a test shot (the other picture is a star trail) which I re-edited cranking down the exposure on the waterfall and the rocks. I flashed a speedlight a couple of times towards the waterfall to get some definition in the midground.