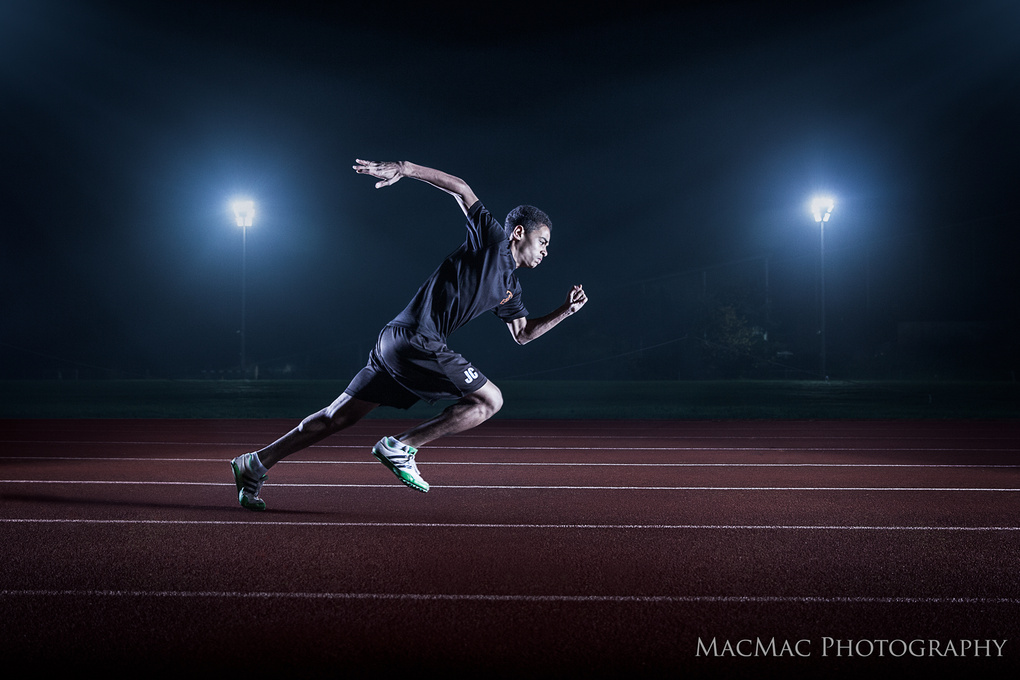 This was from a set up shot at a local athletics track. It was a three light set up (ignoring the lights in the frame) The key was camera right alms as if the model would run into it. There was a strip box behind that mimicking the stadium light on the right and then there was another strip light camera left mimicking the left stadium light.

The stadium lights are real but it was so dark they had no impact on the model. He was frozen using the strobes (three elinchrom ranger quadras). Some tweaking was done in photoshop as can be seen by this youtube video - https://www.youtube.com/watch?v=5-5YrVOPP7c 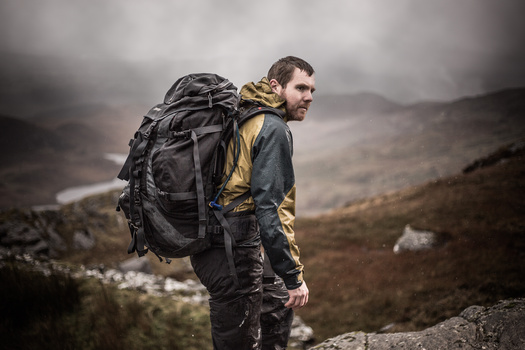 Mike Macdonald
Walking in the Wild
0 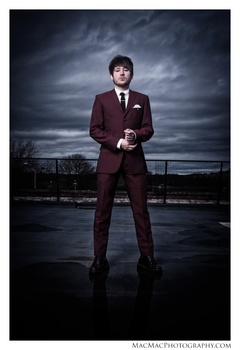 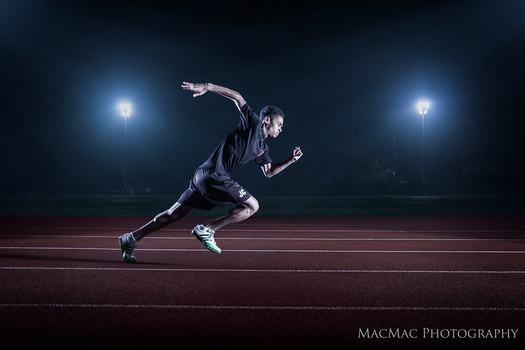 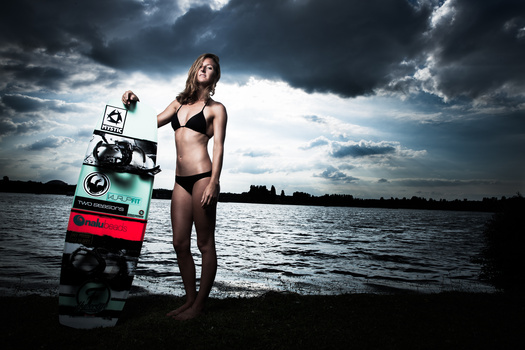 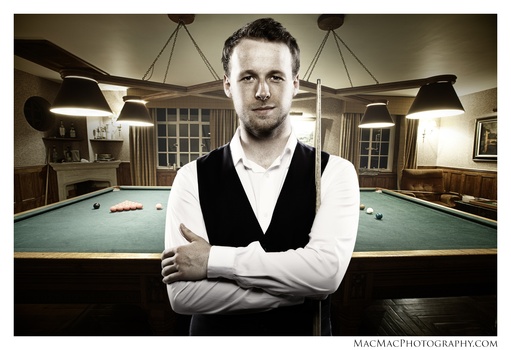 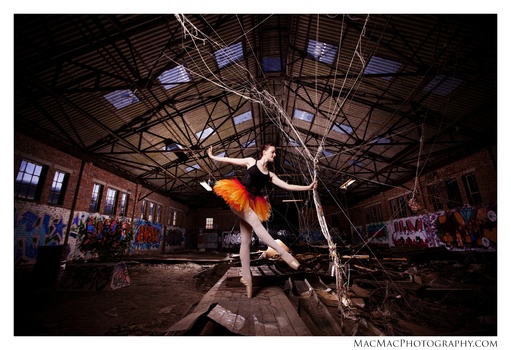 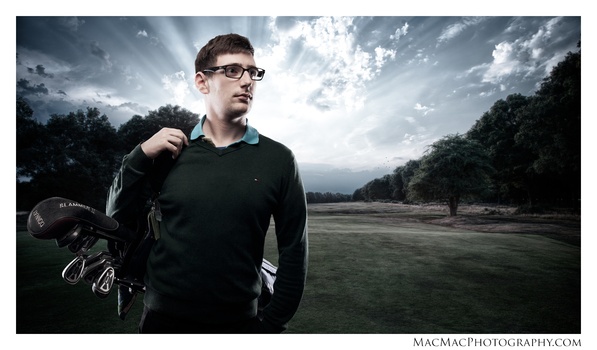 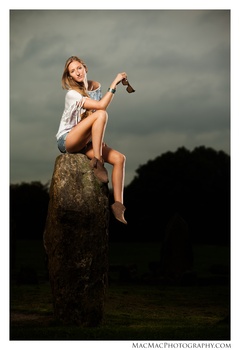 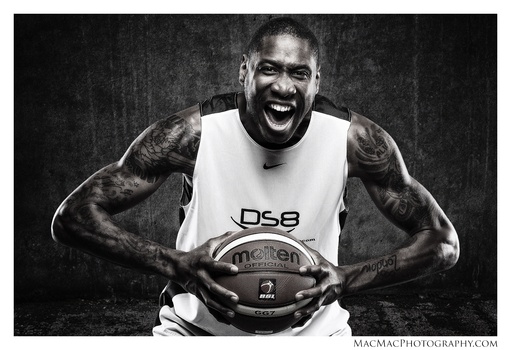 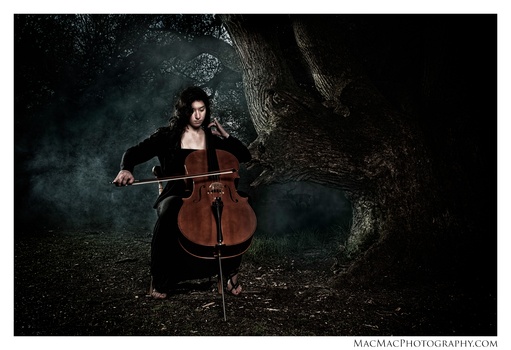 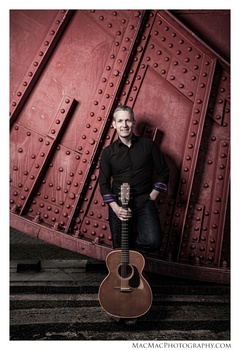