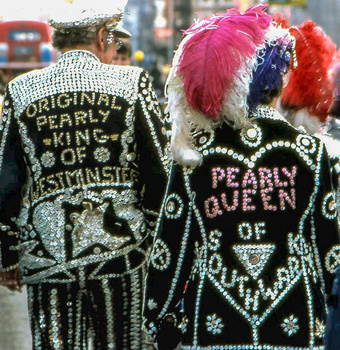 This image was captured at the annual Lord Mayors Show held in the City of London in the UK. The parade is normally held on the Saturday of Rememberance weekend.

The tradition of Pearly Kings and Queens originated in 19th Century Victorian London. They evolved from Coster Kings and Queens, who were elected as leaders of London’s street traders, Costermongers, costard being an apple, monger being a seller.