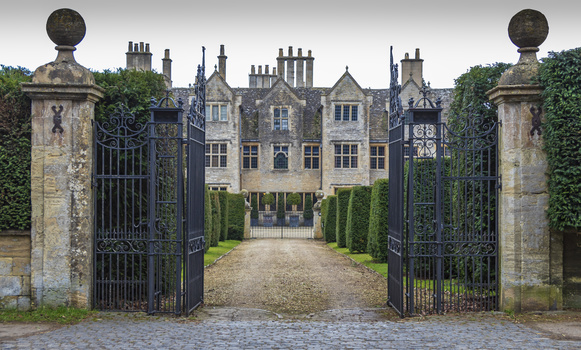 Driving through the Cotswolds in the UK I passed these gates and as I passed very briefly, I noticed what was inside. I stopped and came back to see more. Although it was a somewhat cloudy day it seems to suit the general architecture of the building and its surrounds.

The grange is in Shipton-under-Wychwood.

It was built c 1603 by the Lacey family, and was occupied by them until 1663 when it was purchased by Sir Compton Reade. It remained in this family until 1868 when, on the death of Sir John Reade, it was left to his footman Joseph Wakefield, on condition he took the name Reade.