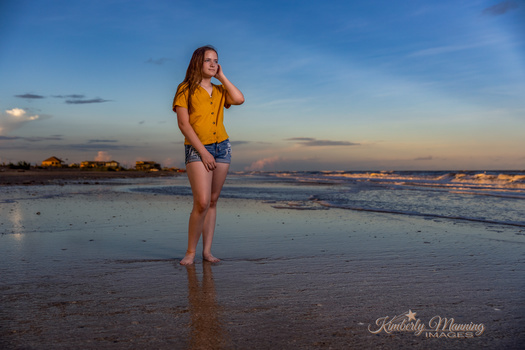 Lindsi celebrates her birthday at Crystal Beach Texas. This golden hour portrait was captured on a Canon EOS R with a 24-70MM lens at 38MM. ISO 200 at 1/1600 Sec with Canon Speedlights in a 32 inch modifier slightly right of and above camera. The sky did not disappoint. In edit, I added a Joel Grimes High Contrast Action (light application) and masked Lindsi to remove the contrast from her skin and allowing it to only affect the background.