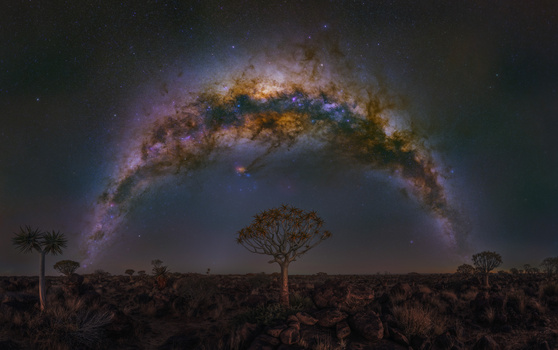 lena and I had never seen the Milky Way in the southern hemisphere, the first night, after leaving the hotel room, we looked at the sky and by golly, what a sky!
There was still some moon and still the vision was absolutely epic, you could see perfectly the Milky Way and clearly see that the galactic center was in the center and in the highest part of the sky, looking at that area, besides seeing the arc you also saw detail, something I had never seen in the northern hemisphere despite having seen incredible skies.