Mark Thompson is a Getty Images photographer with over 25 years of experience covering F1 races, including Red Bull Racing. I spoke with him to gain insight into what it is like to cover this competition.

Although the race starts at 3 pm, Mark arrives as early as 8:30 am for preparation. This prep includes meeting with any sponsor representatives and finding out if any celebrities will be present. Getty Images is celebrating its third year as the Official Photographic Agency of Formula 1® and its presence includes five expert motorsport photographers assigned to cover the race and four or five remote editors who work on images from hundreds or even thousands of miles away from where the race is taking place.

Photographers are placed strategically around the track to ensure photographs are captured from as many different angles as possible. There is also a photographer assigned to the pits during the race. That person is in the ideal position to document pit stops, tire changes, crashes, and cars that are removed from the track.

During the race, Mark makes image selections on the back of his Canon EOS R3 and transmits images to editors who are based in the UK, directly from the camera via a WiFi hotspot. “It is pretty reliable in most countries. But there are some places where the speed is a bit slower and when the race starts and everyone has their cell phones out, the airspace can get clogged,” he said.  When the editors receive the images, they write captions and make minimal adjustments to the files. Cropping is permitted, and slight changes in lightening or darkening an image are permissible but nothing may be added to or removed from an image. “What the editors do is similar to what you might do in the darkroom in the old days,” said Mark.

Mark's kit consists of two Canon R3 bodies and an EOS 1D X Mark IIIs. Lenses include the 600mm f/4, 400mm f/2.8, 300mm f/2.8, and 70-200mm f/2.8.  Additional lenses found in Mark's kit include the 50mm f/1.2, which is useful for shooting in the garage. The lens has beautiful bokeh and is good for producing documentary-style photographs. The 35mm f/1.4 serves a similar purpose. Teleconverters (2x) are also included in the kit as well as a 24-70mm f/2.8 lens. Although Mark uses a full kit to cover the many aspects of an F1 race, he is quick to point out that photographing F1 races has more to do with understanding the entirety of the event than it is about having a bag full of gear.

The first shot involves the activities surrounding the start of the race. The cars leave the garage and go onto an area known as the Grid. The drivers exit the cars, and there are about 20 minutes worth of shots to be had of drivers talking to sponsor representatives, mechanics, and engineers. “You have 22 drivers about to drive to the first corner at 200 kilometers an hour. The mood in the grid is intense.” If any celebrities are in attendance, this will be the opportunity to photograph them. There is a lot going on, and to the untrained eye, it is chaotic.

When the race starts, the key shot happens in just a few seconds when the cars race straight into the first corner. There will be 30 other photographers on that first corner stand, and you want to be sure that you capture any shot that your competition may have gotten. Mark uses the Canon R3 with a 300mm lens for this shot. “At the start of the race, I would pre-focus. After getting that first shot, I might use the back button AF to re-acquire focus,” said Mark. AF performance has improved greatly in the past few years, and it is now reliable. Awareness of what is happening both inside and outside the viewfinder is crucial to ensure that you don’t miss any shots. Crashes are an unfortunate reality in the sport and can occur anywhere on the track. “It doesn’t always involve the guys at the front of the race. Sometimes, it is the guys in the back. No matter what, you have to get that shot and keep your eye on everything else that is happening,” Mark said.

The progression of the race is the focus of Mark’s coverage for the majority of the competition. “As a news photographer, you need to keep an eye out on the story. Who is in the lead? Is there a battle between two cars? You are always thinking about the narrative,” said Mark. There are rivalries and you have to be aware of the backstory. Talking to journalists and visiting F1 news sites can help you stay aware of the drivers’ stories. “F1 is the pinnacle of motorsports. It has the best drivers in the world. They are pretty friendly, but when the visor goes down and they are in their car, it is a fight — a fight taking place at 200 miles an hour, wheel to wheel,” said Mark.

Another key shot is taken at the finish line. When the lead car is coming around the last lap, the mechanics run out of the pit to celebrate. Cars enter an area known as the parc fermé or closed park. Drivers exit the car here, and the top three drivers celebrate in this area. The winning driver often stands on his car to celebrate, and it is important to capture the excitement in this area.

In addition to covering the race for Getty Images, Mark also captures images for Red Bull Racing. Signage on the cars and in the stadium is important on any sponsor shots. “I aim to incorporate branding whenever possible. If a sponsor wants to run an ad campaign using one of my images, they will reach out to Getty Images for licensing. Having the signage in some images is crucial to making these sales,” said Mark.

The final shot of the day is the trophy presentation. This might seem like an easy shot since the driver isn’t blazing across a track at 200 miles per hour. “Shooting a guy holding a trophy is a pretty straightforward picture, but when they are spraying champagne on him he may turn his back or step away. He’s also interacting with other people on the podium. You are not guaranteed to get a great picture,” said Mark. For these shots, Mark is working with available light. This is an area where digital has come into its own, he said. “In the film days there were a lot of places where it was impossible to get a good shot, but with the better ISO performance today, you can shoot anywhere. It is insane. Now, you can easily go to ISO 5,000and still retain quality and detail in the file,” he said.

When the race is over, Mark makes a second edit on his laptop. The key images have already been transferred to the Getty Images platform in as little as 30 seconds after being shot. For this second edit, Mark is looking for images that may be useful as stock photographs. “These are not story-based but may be useful in some capacity in the future,” said Mark. A few images may be deleted for missed focus or exposure, but the vast majority of images are kept and backed up. These images are uploaded to Getty Images within 24 hours.

While photographing top-tier entertainment or sports may be a dream for many amateur photographers, anyone wishing to pursue a career in this field should be aware that the job requires spending a lot of time away from home. "I have two adult children, and I’ve missed a lot of things they did as children. It’s not all champagne and parties. There is sacrifice as well. There is sitting outside in the freezing cold, waiting for the right shot,” said Mark.

Over the past few years, we are beginning to see more diversity in the sports photography community. "I think it's great, and we need more of that. Everyone brings their experiences and their life story to their craft, and we need more voices to tell stories from their unique perspectives," said Mark. Despite the need for a wider variety of photographers, it can be difficult for a new sports photographer to make a mark in the industry. "I think it is harder than ever for young people to make it today. We are in an era where a lot of potential clients think that what we do should be given away. I tell young people to be passionate and keep trying. That passion, when coupled with your skills being good, will show through,” said Mark.

If you are seeking to work with an organization like Getty Images, it is important to understand how the organization approaches imagery. “There are some young photographers I’ve seen who are really great. But I’ve seen a lot of portfolios where it is obvious that it has been massively Photoshopped.” Mark said. If I were to ask to see the original image, I suspect I’d be looking at a totally different picture. Let’s see what you can produce straight out of the camera. If your work is too heavily Photoshopped, then it is no longer an accurate representation of a real event." 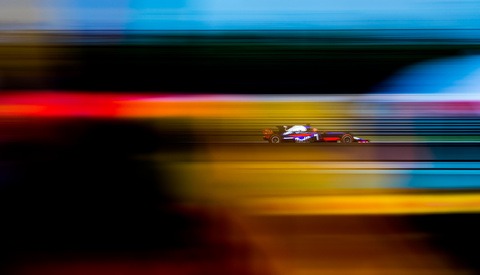 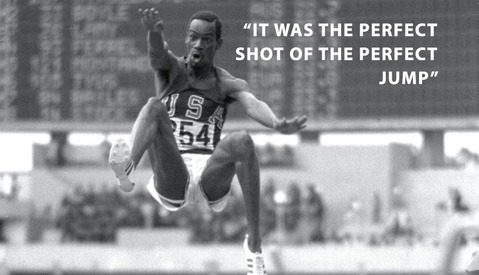 Historical / October 19, 2015
The Awesome Story Behind the Best Photo of One of the Greatest Jumps in History 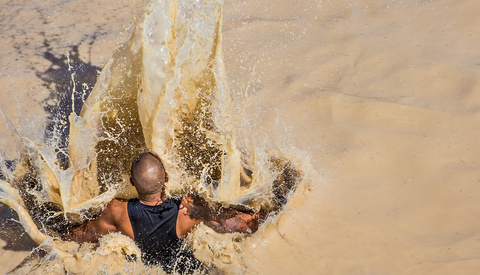 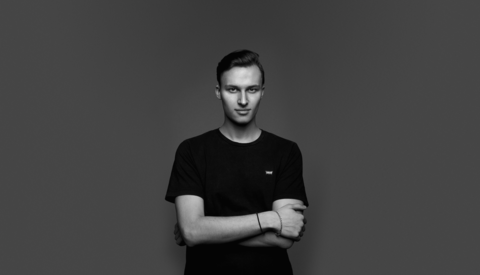 Education / February 6, 2023
Everything You Wanted to Know But Were Too Scared to Ask: Headshot and Portrait Photography
Log in or register to post comments
7 Comments

Good stuff! I'm an F1 fan and this would be my dream job. I have a banner sent to me from Cologne, Germany where a colleague of my wife worked. It's a Michael Shumacher World Champion banner. A prized possession! And yes, it's red. :-)

Thank you for taking the time to read it. Took me hours to write this so I’m glad the effort is appreciated.

Thanks so much for this article, it's nice to read about working photographers in motorsports and what goes on in preparation for top notch coverage. Hope to see more articles like this in the near future.

Great article! I've often wondered what it'd be like to be an F1 photographer. Thanks for sharing.

Back in 1991 I had an assignment to cover the since defunct Leyton House racing at Silverstone during the British GP. Unlimited pit access, a privilege seeing Mansell, Prost, Senna et al close up, a real boys own adventure. At that time F1 seemed more of a sport than the slick entertainment spectacle it has become.