The Earth Is an Amazing Place, so Get Your Daily Dose

The Earth is an amazing place and Earth Science Picture of the Day provides a daily dose of it. So, get your fix and just let yourself go for a moment.

The Earth Science Picture of the Day is a daily picture blog that gives you a little slice of the Earth accompanied by a short explanation. Run by the Universities Space Research Associate, ESPoD aims to "highlight the diverse processes and phenomena which shape our planet and our lives." This is in a vein similar to NASA's Earth from Above that I have written about before.

Some examples from ESPoD include Matthew Soule's shot of Mount Erebus (lead image), the most active volcano in Antarctica. Soule notes that he shot this while stationed on the Polar Star (WAGB-10) and was in the process of breaking an ice channel in order for the American Tern to gain access to the port of McMurdo. It was about 2 degrees with a 25-30 knot wind, with an evening break providing the perfect opportunity.

While this might be an archetypal or stereotypical ESPoD, the scope is much broader, from astronomy through to microscopy, as well as the spectacular. The image below of a red throated hummingbird was shot by John Stetson. Not surprisingly, he needed a 1/4000 s shutter speed to freeze the wings and positioned himself to get some deciduous trees to provide a backdrop. Commenting on the photo, he notes that it's a homage to Harold Edgerton who was the first to photograph a hummingbird in flight without motion blur. 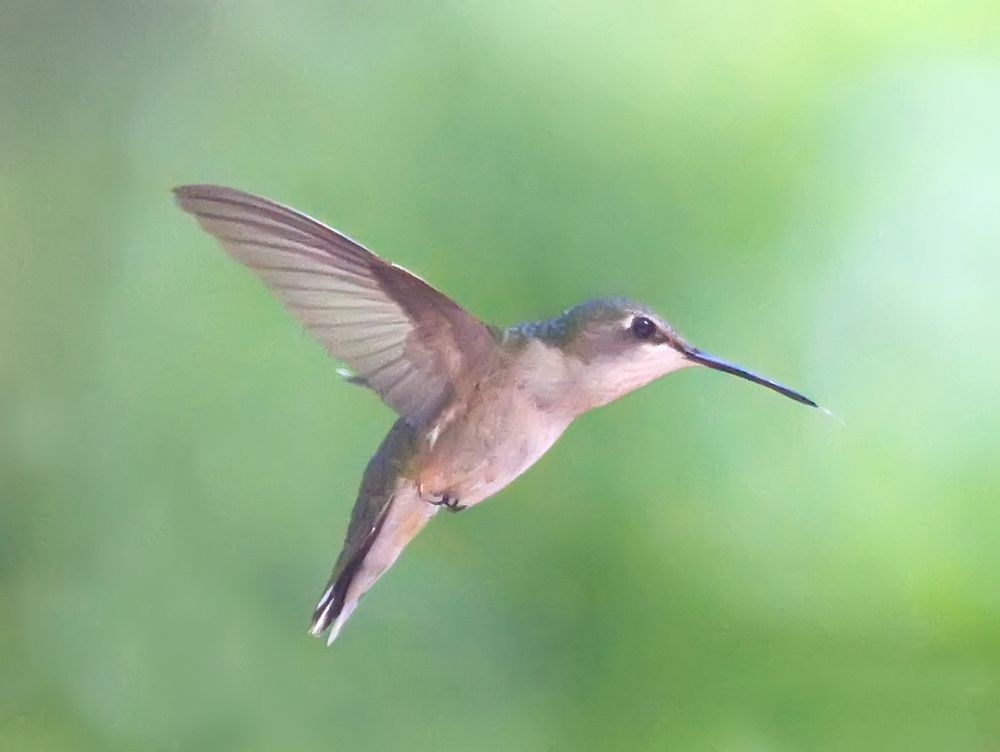 In the widest sense, these are extraordinary photos, a topic I have written about before. Some are highly technical, others are not. Their extraordinariness is not about what they look like, but what they actually show. For this reason, the captions are immensely important, because they clarify our perception and expand our understanding.

Captions can be an emotive subject, particularly in fine art circles. Some like to give direction and provide context, allowing a starting place for understanding before allowing them to roam down new avenues of perception. Art can often be about communicating and expressing ideas, requiring the viewer to become a part of the process of that exploration. But ESPoD isn't about fine art; it's about the world around us, about new discoveries, new meanings, and joining the dots of a connected world, understanding how it fits together. I liked John Stetson's comment on this point when I asked him why he writes for ESPoD: "I particularly appreciate that a story accompanies each photo. Sometimes, an object can easily be overlooked. For example, an oak gall may not have an impressive appearance, but the ink made from a oak gall was used to write the Magna Carta, the Declaration of Independence, and the U.S. Constitution."

So, start that journey and prepare to be amazed.

Posted In:
Pictures
via:
Earth Science Picture of the Day
2 Comments

Opinion / December 14, 2018
The Stopping Power of the Still Image

This is how I get my daily dose. Not by sitting in front of a computer. I'm sure there are lovely images, but it's just not quit the same. 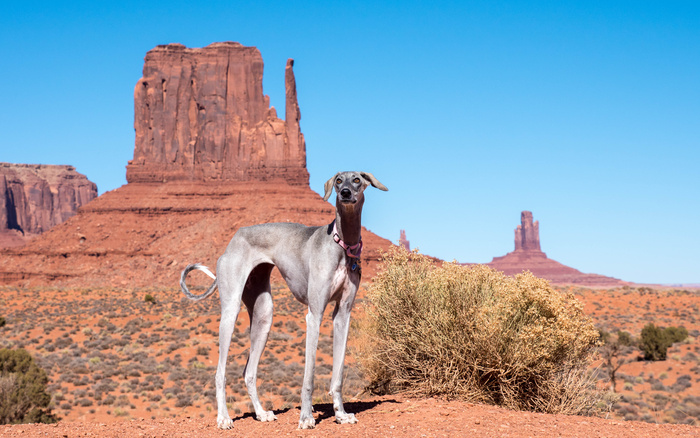 Blimey, that is one amazing dog, in an amazing location!!