Phaidon Press is publishing a book of never-before-seen photographs of Kate Moss from the 1990s. The book entitled “Kate” is a compilation of photographs shot by the model's ex-boyfriend and now, renowned photographer, Mario Sorrenti. 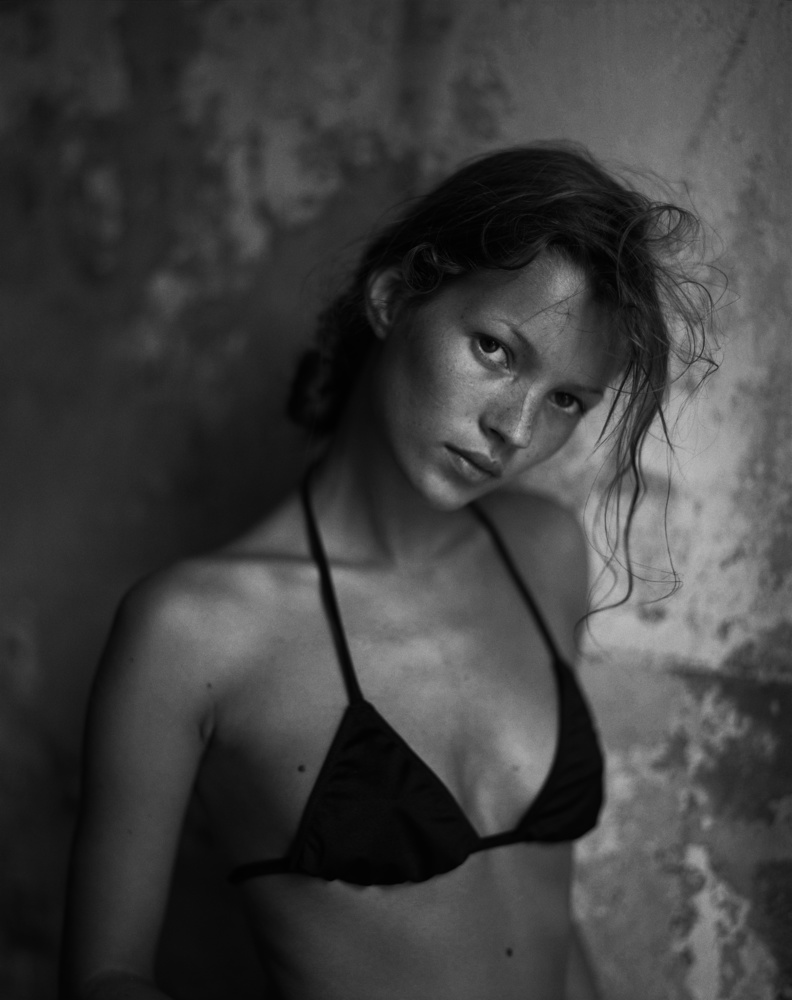 In the book’s introduction, Sorrenti details the moment he’d first met Moss in 1991: “I remember sitting next to her and feeling like my heart was going to stop […] Her beauty overwhelmed me.” Sorrenti captured Moss in her day-to-day; from her sleeping, showering, reading, and smoking. Bare-faced and either half-dressed or in the nude, these photos of Moss soon got the attention of Calvin Klein and commissioned him for their “Obsession” campaign. Shortly after, the pair became superstars of the fashion industry.

The luxuriously packaged photo book is a collection of fifty intimate photographs from 1993. The selection of photos is mostly of Kate prior to earning her supermodel status. Sorrenti and Moss were just a pair of young lovers, one with a knack for photography, and the other who was outrageously photogenic and often served as his muse. 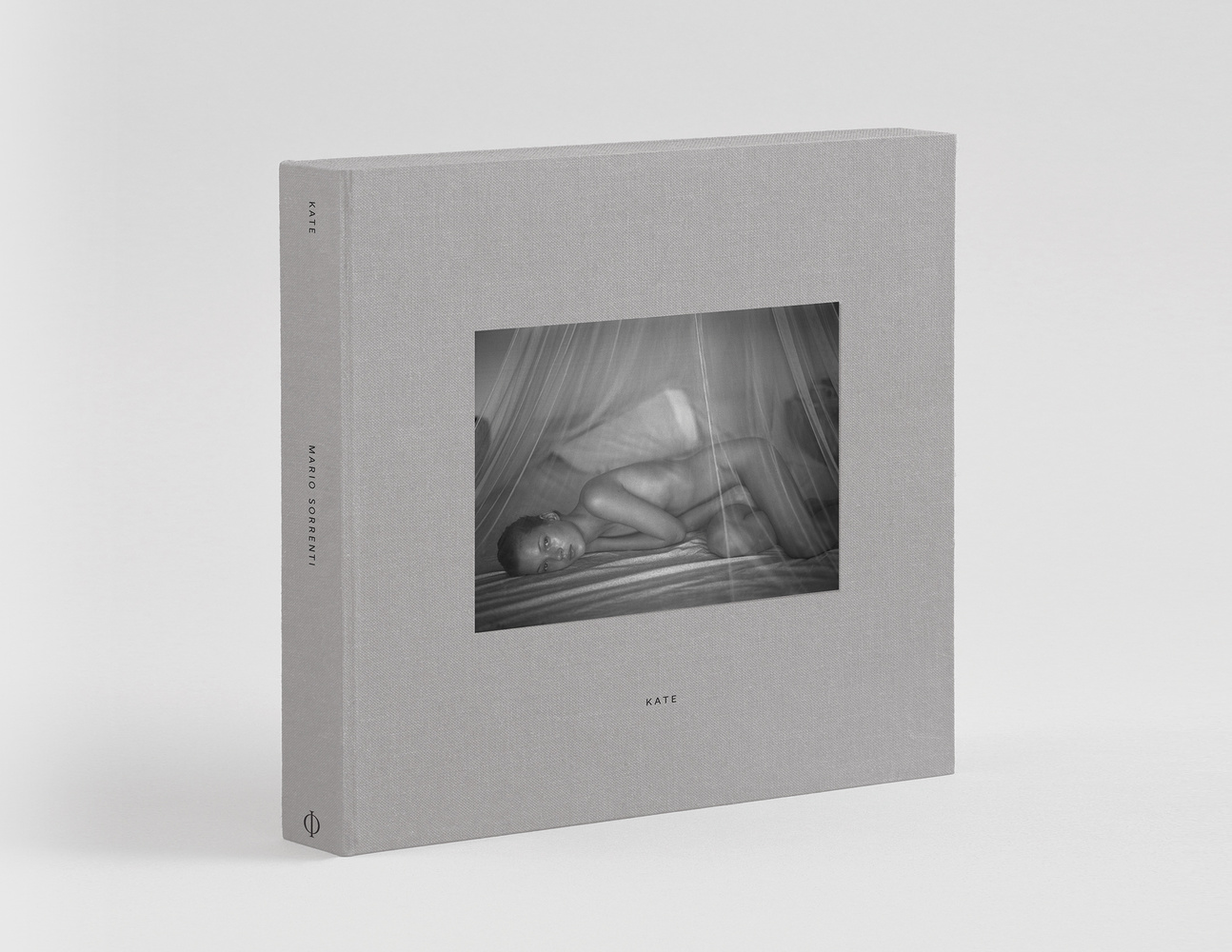 After shooting for Calvin Klein's campaign, Sorrenti went on to publish his work in various fashion magazines including Vogue, i-D, W, and Harper's Bazaar. He's also shot for brands like Dior, Lancôme, Benetton, and many others.

Phaidon Press is a global publisher of books on art, photography, design, fashion, travel and contemporary culture. "Kate" is now available for $100 on the Phaidon website.

Images courtesy of Phaidon Press. All photos by Mario Sorrenti.

Portraits / November 30, 2019
Mature Beauty: Photographer Celebrates the Beauty and Strength of Women Over 50

This is now on my 'want' list. I am sure it will be amazing. There are photos of Kate Moss that deserve the 'iconic' label.

Way to profit off her nudes.

Yeah who wouldn't? Actually Sorrenti has been profiting off his art books which feature both men and women for decades. Plus its not all nudes, she is covered up in many of them. So...sit down old man

So you'll be google searching "non nudes from book" i'm sure. But you are right about me being old. In fact I could've been your dad but the line was too long.

That was a weak, butthurt response. Grow up old man!

Parental controls must be off, right?

They are good friends and he is a living legend ya idiot.

In the fashion world, yes

Ah you must know them both well. Right.

Are you for real???? If this get you triggered, never open a book of Mapplethorpes images !!!

I think this book will be necessary for every student because we live in a world of digital technologies, I can also help and recommend you a service https://au.paperell.com where the student will be able to order essays, theses or reviews, I think it will simplify the student's life, thank you for attention.

Here's a great interview about the time he shot most of the images: https://www.youtube.com/watch?v=Jgv0QyfpUug

I'm assuming he has to have her permission to be able to publish this...right?

From interviews I've seen, she said that they broke up mostly due to blurring of lines between boyfriend and photographer.
For a model I imagine thats stressfull, to go from having downtime with your boyfriend, to instantly having to flip to work mode and pose whenever he thinks he see's a great shot. Especially when so much od that involves taking off your clothes on demand. It woukld likely lead to a lot of doubts as to whether your partner actually cares for you, or just wants you around to use you for your appearance, and18 years old seems so young these days.

Anyway, thats just my musings on the topic.

I was wondering the same thing, in regards to permission - according to this post (https://www.refinery29.com/en-us/2018/09/210048/kate-moss-mario-sorrenti...) about the book, he had gotten permission from her 3 years ago when he first conceptualized the book.

And I can't help but agree with the blurring lines of photographer versus boyfriend. Although I am a landscape photographer now, I started out taking photographs of my girlfriend and still often do. However, a big difference it seems, is that we plan the shoots. We agree when to do a shoot and both parties have to want to do it; otherwise, my camera is away. Unless there is something real special going on - light, pose, etc. that all works together wondrously - only then do I pull the camera out "at random."

I can only imagine the stress she felt at that time, especially while still being a teenager who probably just wanted a "regular" relationship.

I don't know what country he is living in, but he would only need a model release from her in the US if he wanted to sell the photos for corporate use. In other words, he could sell it to them if Starbucks called him and said they wanted one of the images, but they couldn't use it for advertising without a signed model release form from her. A book of photos you have taken is not corporate use, it is personal art.

Outside of advertising use, he is actually the copyright holder of the photos and his right to free expression in the US allows him to do anything he wants with the pictures as his property and his art. He can have a gallery show and show them and sell prints, put them in a book, put them on his website, social media, etc. Many other countries are the same way, but it can vary a lot.

Copyright, ownership, and artistic freedom apply regardless of whether they broke up or whether he even had permission to take the pictures (again, just in the US). If you were on the streets of a US city and I shot a picture of you, I could do virtually anything I want with it as long as I didn't try to sell if for corporate advertising. As an extreme example, people might call the cops on me for being a creeper if I sat in public parks all day taking pictures of children, but there is nothing illegal about it since they are in a public place. I own the pictures as personal property and through copyright, so the parents and the police could not legally confiscate my camera or force me to destroy the pictures regardless of my creep factor. They could start an investigation of me if they thought I was involved in a crime, but I still own the creepy pictures and could put them in a book or whatever.

Mario Sorrenti: never heard of him. Seems it's time to fire up the old Google machine and check this guy out!

But do they understand the difference ?

"Photographer" It's Mario Sorrenti... Come on!

They are both LEGENDS and so much to learn from both of them both in modeling posing and photography techniques and ideas. If you do fashion, directly or indirectly you owe them both.

Funny everyone suddenly is a copy right lawyer! Instead of bitching maybe go study their work and LEARN something from them.

If someone has thoughts on this matter, please contact me here https://www.designspiration.net/smitthcrystal/ and lets discuss this!