[First Impressions] Our First Thoughts Of The Wacom Intuos5 Tablet

To our surprise, Wacom was generous enough to send us one of their brand new Intuos5 graphic tablets to review. If you missed the press release, check it out here. We were elated to get out hands on the next version of the popular Intuos line to test out so soon! We also have a set of unboxing pictures below for you to check out. Although we will have a full detailed review soon, here is our first impressions of the Intuos5.

As a full time retoucher, I use a pen tablet on a daily basis for hours at a time and have been for the last 7 years. I've tried all the tablets in the Wacom and have favored the Intuos line as my daily tablet.

So it comes to no surprise that I was pleased to hear Wacom had announced the Intuos5. The '4' was so good that I could just imagine how great the next addition would be. On the same token, I wasn't sure what they would improve upon before seeing the press release. However, before jumping to any conclusions, I knew I had to test it out to be sure it was worthwhile. After all, not all successors to previous products are always better.

Before going any further, check out an overview video below along with some of the key features here.

So by this time, we've all seen the specs, press release, and the video, but how is it in use? Do all these features translate to efficiency, results, and a need to buy one? There are always first hand accounts that paint a bigger picture into what makes it worthwhile, and I felt I could provide that viewpoint.

After opening everything up, as you can see from the unboxing below, I immediately installed everything and tried it out. For those of you who already have the tablet or decide to purchase one, Wacom has an updated driver on their website which you can grab here. It's already an update to the installation CD that comes with it.

The first thing I noticed about it, is that the design had changed. I knew that going in, but seeing and feeling it in person is a totally different experience. It just looks more slick when placing it next to the '4'. That was definitely not something I expected judging from the pictures. The minimalistic route taken was a perfect amount, it's simple, but not too simple. The build of it is so sturdy that it makes the '4' feel more like a toy and you feel that when you pick it up or even touch it.

Even the ergonomics of the design is impressive. The way the contouring of the scroll wheel and buttons are designed makes transitions between using the stylus to the wheel feel completely seamless. On the '4', it has a plastic shiny surface which collects oil and dust, and the rest of the tablet which is different all together.

Aside from the fluid transitions of the way it's designed to be used, the material has changed to rubber on everything but the active surface of the tablet. If you want a visual idea of how it feels like to the touch, grab your '4' stylus, and feel the section above the rubber grip. Do you feel the smooth rubber material? That's how the whole tablet feels like. Combined with the fluid form, it feels better as well and won't collect smudge lines and attract dust like the '4' notoriously does.

The next biggest feature is the surface itself. They got it right this time. The '4' was good, but as you know, the surface wears out. On the Intuous5, the surface doesn't wear out, yet still has the texture of drawing on a piece of paper. I don't know how they did it, but I am very impressed with the feel. This is why they don't have any replacement pads on the website either. Stepping up from the '4', it feels grittier, but that's primarily because the '4' had a slicker surface with gradual use if you don't replace it.

I've just begun to get into detail about the tablet, including the new features like gestures, wireless connectivity, performance, on screen illuminated tab options, and so much more. I will be reviewing that in full in our upcoming detailed review of the Intuos5.

In the meantime, enjoy the unboxing pictures below! 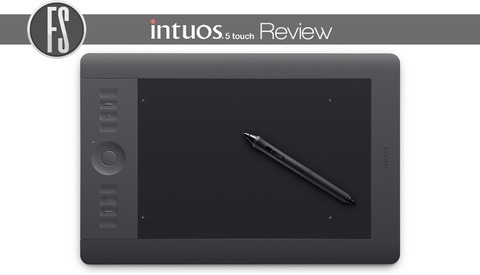 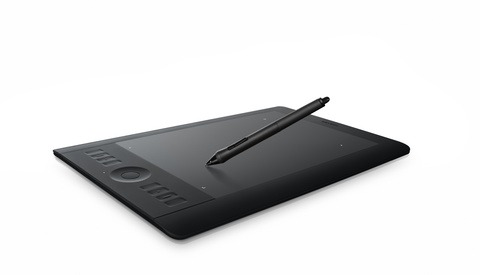 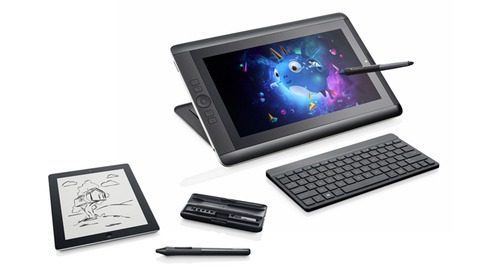 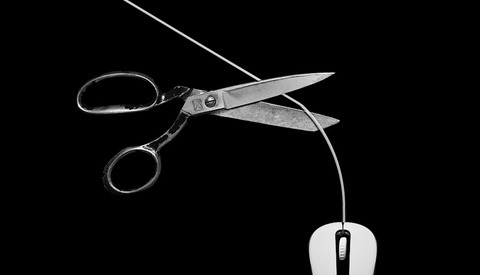 Gear / January 13, 2021
Is It Time for Photographers To Say Goodbye To Their Mouse? 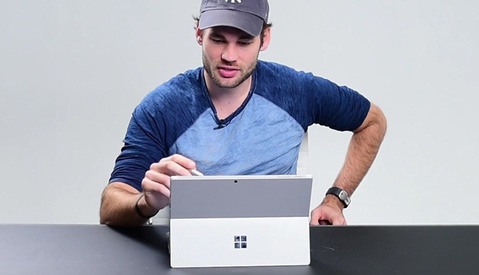 Did you guys get the medium? Looking at finally going with a tablet for Photoshop :-)

We did, this one is the Medium. If you're new to tablets, be aware that it will take a while to get accustomed to the transition from mouse to graphic tablet. For some it may take a week, that was the case with me as well.

You do some great retouching Pratik. When are we going to see a tutorial from you on some high-end techniques?! :)

I really appreciate that Mike, thank you! I have some ideas in the future I am working on to supplement my classes in form of online tutorials and such.

I have the Intuos3 large and its too big... I was about to buy the 4 medium but now ill get the 5! w/wireless... I like the fact u can use multitouch.. i hope its as good response as the magic mouse pad

I get the smallest tablet I can and literally condense the live space to about 1/4 of the actual live area. I like to be able to cover the my entire screen by barely moving my wrist.

Girlfriend stole my Intuos 4, gotta pick this up if the review is as positive as this preview.

I am quite literally the same as you! That is good to know. The '5' small will be perfect for you then. Your girlfriend may end up stealing it too so don't get too comfy with it, she may end up falling in love with it too!

I have the Intuos4 and I love it.

It's definitely nice, I don't think they've made a 'bad' product as far as tablets. I could be happy with everyone. The 4 was my definite favorite and the biggest jump from the 3.

I just got my Intuos5 yesterday and I'm already in love. I went with the M version as I'm working on two screens. Feels perfect.

What are the extra pens like? Are they worth getting also? About 2 weeks ago I decided to get a tablet to see if I would like it. To keep the investment low I got the Wacom Bamboo for like $70. It took about a day to get used to it, but now I'm in love with it and never want to go back to a mouse for editing. I can just imagine how much better the Intuos 5 is and going to sell the bamboo to a friend at get the 5.

One day and your accustomed to it, that is fast! Well done. I haven't had the opportunity yet to work with many of the other pens long enough to be a judge of them. Coming from the Bamboo, the '5' will be just a huge difference in feel, options, and performance.

I'll be impressed when the Wacom surface is a compatible iPad"ish' networking device.