How to Replicate a Film Look for Your DSLR Footage

Modern digital cameras produce an almost impeccable representation of what is in front of the lens. Since the camera has been invented, the industry strives to recreate reality as accurately as possible. People oftentimes judge photo and video based on its technical accuracy. But who established that this would be the ultimate goal?

Recently, the world of filmmaking and photography has seen a nostalgic return to older recording systems. Film and digital video are used by amateurs and professionals alike. Many realize that a perfect image is not always necessary and, in some instances, might even be detrimental to the success of the project. A big percentage of the footage that is being produced today is meant to entertain, not to accurately reproduce information. The resulting creative freedom includes the choice of the medium.

By shooting film, artists may draw a connection to another time, environment, or feeling. But shooting film is not only less convenient than shooting with a digital camera, it is also more expensive. Here in New York, one roll of 35mm Portra 400 easily costs $5. Add $10 for processing and scanning and you pay almost $0.50 for one image.

In order to skip this process, people developed filters to get a similar look without the cost and hassle. However, to replicate the look of film, it takes more than that.

Maximilian Benner is a German-born documentarian living in NYC.

I've found that shooting higher ISO usually robs us of the dynamic range needed for replicating the latitude of film. Shooting at lower ISO's will collect more information in the highlights and shadows to bring out in the edit. The noise that comes from shooting ISO doesn't accurately match film grain because there's usually a lot of color noise. Shooting lower ISO you can always add in as much grain as you want while still having more to work with in the image. Film stocks all come with their distinct color personalities which DSLR's don't mimic right out of the box. Most of the character in film IMO comes from the colors.

Film will have carrying colors stock to stock but for the most part each will have its distinct characteristics and personally I enjoy the colors that come out of certain film stocks over digital in most applications. It's pure preference and I'm not trying to belittle any enjoyment of the ultra vivid details, colors, and tones capable from digital there's beauty in both. A practical difference isn't what matters. Sometimes the process is part of the enjoyment in photography and shooting using older techniques and gear brings a rewarding feel when we get everything correct.

If measuring quality and how practical everything is we wouldn't see anyone using paint anymore because you can achieve the same if not a similar result on a computer. Why get a portrait painted of yourself when you can just have a photo taken?

Film demands more time and thought into the entire process because you cant chimp photos as you take them and you're limited to what you have in the roll. While digital can can do everything faster and cleaner that's not what an artistic process always entails. I know I find myself thinking a lot more creatively when I know I have only 15 frames in a roll and it costs me money to get the film processed.

One format is not objectively better than the other.

Film can be expensive and there's that great subtle character that gives most shot's a timeless feel. The emulation seems to be pretty well done in the video and certainly helps that he had matching footage to go off of which is kinda the hard part when it comes to matching a film stock with any shot/clip. Getting it right without having footage to try to copy is the real skill and takes a really great knowledge of what your inspiration film does in certain light temp and exposure scenarios.

"I also don't see the point in trying to match a particular film, as somehow that is necessary to creating the look of film."

"digital can be whatever you want it to be."

It isn't necessary. Just pointing out that some people want their digital to look like certain film stocks. So why can't they enjoy that process? It's cheaper to do on digital without the costs of film, processing, scanning, and time.

No it doesn't but he does point out what film he is trying to match (@1:37) which is why I originally pointed out that it's easier to match when you have the side by side footage to compare it to which isn't going to be practical. if you shoot enough of the same film stock side by side with digital and in a wide variety of lighting conditions you could maybe create a good process to match the your desired film stock that stays relatively consistent.

When he talks about film in general he's talking about how frame rate works in super 16 and how to set up your DSLR lenses to match. Why would he leave those simple steps out. Some things are general across formats.

Film was great. Film was beautiful. Film was the note taker of a few generations. But film is now dead. Yes, I know all about the institutions forcing it's "survival", and it will probably survive as a fine art medium.

However it's time to realize how much better digital is, not only in image quality, but in the ability to modify your images in post. Digital is empowering even to the lowest budget production. Motion picture film was always the medium for the elite who could afford it. Today you can have a one-man gorilla production unit if you are so inspired. Digital is incredible, and those who grew up with it, not ever having to deal with the logistics of film, are probably clueless to how great digital really is. It's no contest.

Digital is just awful. It's not as good as film and is definitely the worse way to go for taking photographs

The car didn't kill the horse. Digital won't kill film. It's not always about having the most flexible medium to work on. From my time in creative thinking and art classes we learned about how we think more creatively when we're forced to cope with limitations. Film certainly has its limits. I agree that it wont be what it once was, because it used to be the only option and its most cost effective to shoot on digital but it wont ever go away.

Although I think film will survive as a fine art medium, film isn't a horse. The technology needed to maintain film is complex and expensive. In order to have film, you're going to have to purchase and use it for the businesses to be able to maintain it. Over the course of time it will fade away. I shot film all my life, once Etkachrome, and my beloved Kodachrome 25, were gone, I knew it was time to let it all go. All my 135 and 120 gear lay dormant.

To proclaim that "Digital is just awful. It's not as good as film..." is to shoot yourself in the foot, but it is your choice.

I hear you fully. Have any 120 gear you'd be willing to ship to MN?

the "Digital is just awful..." comment isn't how I really feel and more just a response to Robert saying film is awful. I actually like digital but I split between the two because both have a lot to offer. It just depends project to project which I pick. I don't like acting like there has to be one way to do anything or that what I personally prefer is best and everyone else is wrong. Why does it have to be polarizing.

Fair enough. I personally don't see any advantage to film today. It's over. Digital rules. 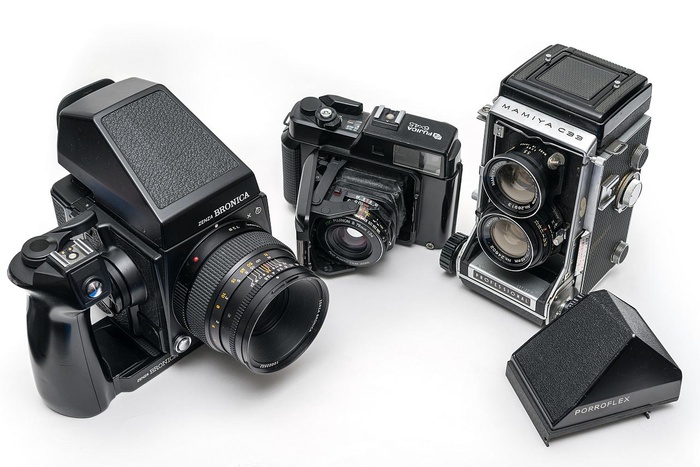 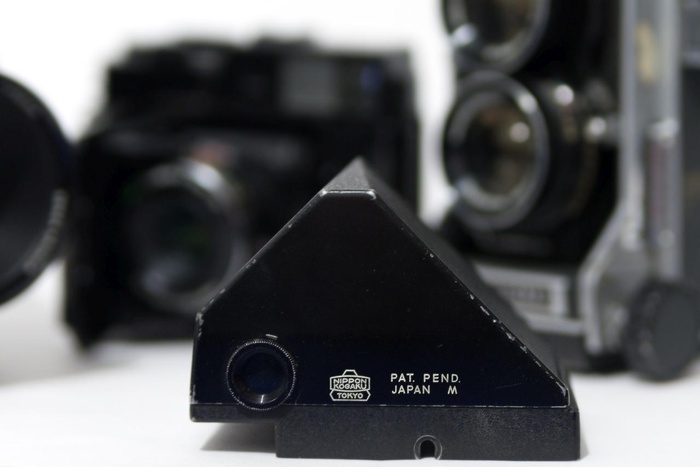