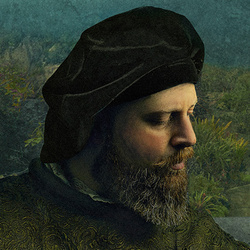 Ara H.
Forgive me Father, for I have Loved
8

Ara H.
Portrait of a child
0

Teaching and shooting assignments have taken me from the deserts of the United Arab Emirates to the mountains and castles in Italy.

I'm the recipients of multiple awards from the prestigious WPPI society's print and online photography competitions. My recent awards include the first place in the "Illustrative" category of the 2015 competition, and a gold award at WPPI's 2016 print competition in Las Vegas.