The Fujifilm GFX 100 and the Hasselblad H6D 400c are both high-resolution monster cameras. Each camera can shoot 100-megapixel files, and if you use the pixel shift features, you can produce huge 400-megapixel images. This is more resolution than any camera on the market, and we decided to compare both camera systems.

In a recent video, we compared the pixel shift features from The Fujifilm GFX 100 against the Hasselblad H6D 400c. Although both cameras sit in slightly different categories, the features and resolution are close enough to perform a relatively fair comparison. The two biggest differences between both systems are the price and the fact that the Hasselblad is a more niche camera for specific uses with a bigger sensor, whereas the Fujifilm is a more well-rounded camera system.

In most circumstances, the Fujifilm will likely outperform the Hasselblad camera due to its significantly better autofocus system and general speed and usability. However, when it comes to pixel shift or multi-shot, the Hasselblad remains completely unmatched. The two biggest problems with the Fujifilm is the fact that it's limited to the electronic shutter while using this feature and that it requires 16 images in order to complete one pixel shift file, which results in 3.2 GB worth of data.

Ultimately, the Hasselblad is a much better camera system for this one particular feature. You can watch how each camera performs in the video linked above. 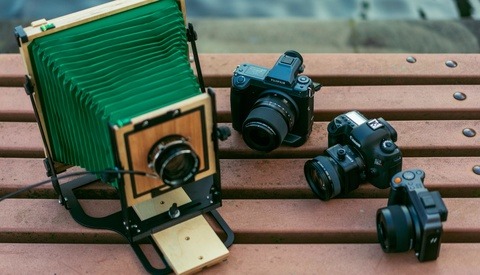 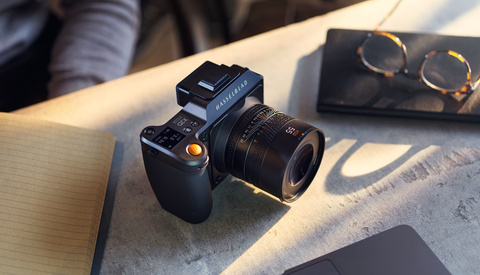 Education / April 16, 2022
Eight Camera Settings You Can Ignore if You Are Shooting Raw
Log in or register to post comments
15 Comments

This is what was tested. I really feel like I've seen this video some months before or one very similar to this.

It’s a very niche camera system and only a very select few kinds of companies and photographers require it.

What’s worst is if you need to focus stack 400mp files lol.

What was the point of this? How many readers here would be using a 400MP camera or can even afford one? The computer needed to download the files would have to be enormous. I love the Hasselblad 500 CM I have but I shoot it with film. Even if such a camera were affordable to most of us, the computer would break the bank. I'll stick with what I have.

But I guess the same applies to Tech Nerds and You Tube Freaks and theorie Fetisch fir Full Frame and disgust for M43 APSc....

I Iove MR43 for it's compactness and good performance in good light...

And yes I will add a Lumix S5 for low light situations (My G9 hits it limits there i.e. inside churches)

No Need for an S1r or Sony A1 to expensive to large files....
and simply too much for a mediocre Amateur like me....(my skills are 2 limited to use the full potential of these cameras

All those Superb high end specs are amazing...

Even less can afford these and certainly not the Youtube and TechForum. "expert s"🤔📸🤗

It might help you to understand if I clarify that it’s part of my job to test, review and compare camera equipment. I work with Hasselblad and I work with Fujifilm.

So this particular comparison may not be for you and that’s fine. However you can’t then tell me I’m not allowed to do my job cause it doesn’t serve you individually.

Question remains no not for me,( already mentionec that) but for who then…

There canot be too many photographers who needs such specs….

Ah I see, fair question then.

It’s also something for the manufacturers themselves. This serves as a kind of feedback for them. For instance, Hasselblad has on several occasions gotten in touch with me about a particular video. Also whenever I pass on feedback to companies such as Fujifilm or Hasselblad they’re generally interested.

You're right sir....I do read and look at these videos, but not for the specs. Couldn't care less about specs. It's the final image that I'm after. It would be so nice to be able to afford such cameras and the computers which can handle their output, but shooting film allows me the luxury of putting them on a high-quality disc and do PP as I see fit. But there's that other factor.....just to even look at them, let alone handle one or, do I dare dream, to own one. They're beautiful just to look at. Guess I'll have to settle for brochures and catalogs. At least I can have THAT in my hands. Thanks for giving me more to dream about.

I understand it's your job and that's perfectly fine. It's just that when I, and many others I suspect, see these mind-blowing MP cameras, we drool and then reality sets in. Although I do have lots of cameras and equipment, I could never afford such things nor do I have any use for that much output. I also really can't imagine who needs all those MP's. Even companies or corporation needing high-quality images....how big are they making prints or whatever for their needs?? You can do roadside poster ads with 36MP. When I use film I just scan it professionally and then I can do what I want with it on the computer (not a megacomputer). Yes...they are very nice to look at etc. Just not many of us have a use for. As for comparing them to other cameras.....well I'm still scratching my head on that one. Thank you though for making me drool.

Man the comments here are so vitriolic. Even though this topic isn't really applicable to your average photographer, it's still cool that this kind of content is out there. Thanks, Usman.