Previously, we compared a 4x5 film camera to the Canon 5DS R, and the film camera was able to produce incredible results. We mostly focused on the differences in depth of field for that comparison. With 4x5, you're able to produce beautiful bokeh and extremely shallow depth of field. In this latest video, we decided to look at the differences in resolution.

In our latest video, Anete and I were testing an 8x10 large format film camera from a company called Intrepid Camera. We decided the best way to properly test it was to put it up against some of the best digital cameras currently on the market. The digital cameras we settled on were the Canon 5DS R, the Hasselblad X1D II and the Fujifilm GFX 100, which we received from Hire a Camera.

Personally, I was really interested to see how the GFX 100 compared against large format. This is because in my view, the GFX 100 is one of the best medium format cameras currently on the market. The GF lenses also produce really sharp results, and I thought this would be the perfect system to compare.

When it comes to the large format side of things, 8x10 is huge. The film size is so large that the crop factors are somewhat ridiculous. For example, when you're shooting at f/22 on large format, the depth of field equivalent on full-frame (if you're trying to match the frame) would be somewhere around f/2.8. This is great when you need a super shallow depth of field; however, it can be a huge pain when you need more depth of field. Exposure times can run away with you, and this is one of the major issues that can make shooting with large format inconvenient.

Nonetheless, the results you can produce with large format really are in a different league. Check out the full video to see how all four systems compare to one another. 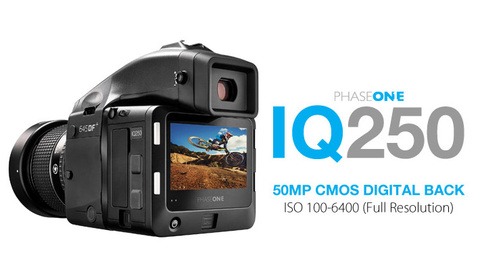 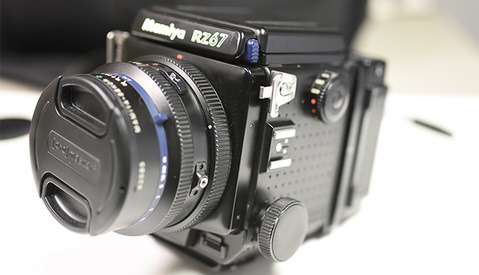 Medium Format / May 30, 2021
Medium Format: Why Did Fuji Get It Right and Pentax Get It Wrong?
Log in or register to post comments
7 Comments

Very revealing at 9:55. Well how did we do it shooting large format in the past and not screw up all the time? We just couldn't afford screwing up, especially with client work involving models, agencies... Wondering if they screw up with bellow compensation. Processing seem very off and I have never seen scratches this strong.

Yes, but it’s very very easy to stitch a few frames to increase the size of your virtual sensor and multiply the native resolution by a factor of 2 to 10.

Absolutely, and it's called the brenizer method right? There are advantages for either side.

I remember seeing an exhibit of Richard Avedon's photos from his series called "In the American West." Those were all shot on 8x10 and the humongous prints were spectacular, richly detailed and very sharp. The people in those portraits almost popped out of those nearly life size enlargements.
Comparing formats this way, on a computer screen offering just a bit more detail than a phone, is kind of pointless.

It's just an easier way to demonstrate the differences to a larger audience.

Hi Usman, I appreciate your desire to bring this to the attention of many people, especially those who never got to try large format cameras. The exceptional quality of a good 8x10 negative becomes apparent (even compared to 4x5) in very large prints. It's too bad we can't easily view giant prints by Ansel Adams, Yousuf Karsh or others.

I enjoy your articles and videos, by the way.

Thank you so much :), really means a lot.