In my opinion, the Samsung Portable SSD T7 and Portable SSD T7 Touch are some of the best SSDs available. While that sounds like a bold claim, it is based on using these drives daily for the past month. Let’s see what makes these particular models so great and why you may want to get one for the holidays.

Most photographers use external SSD storage. In recent years, it has become increasingly cheaper to buy a lot of fast SSD storage; however, not all drives are made the same. Some have slow transfer speeds while others lack security features. The Samsung T7 is a fast, well-priced, and secure SSD that many photographers should consider adding to their workflow. 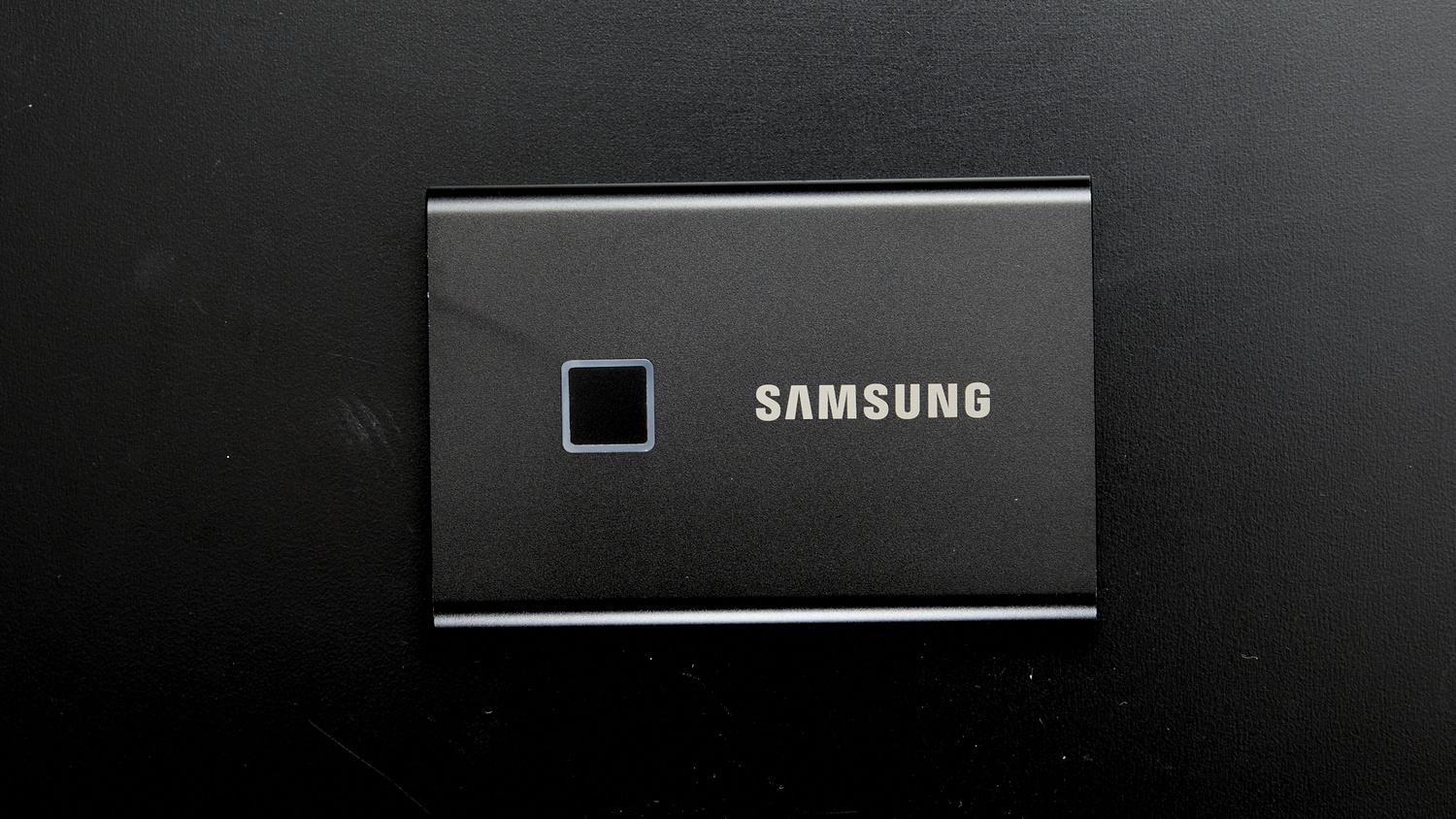 Let’s start outside. The Samsung Portable SSD T7 is a tiny credit-card-sized rectangle. The exact measurements are 3.3 x 2.2 x 0.3 inches, which is very small. Mine fit into my jeans' fifth pocket, and I carried it there most of the time. Weight-wise, it is only 2 oz, so when I changed workspaces, I simply lifted my computer and let the drive dangle on the cable. I absolutely can not and do not recommend that, though. It ships with two cables: USB-C to USB-A and USB-C to USB-C. 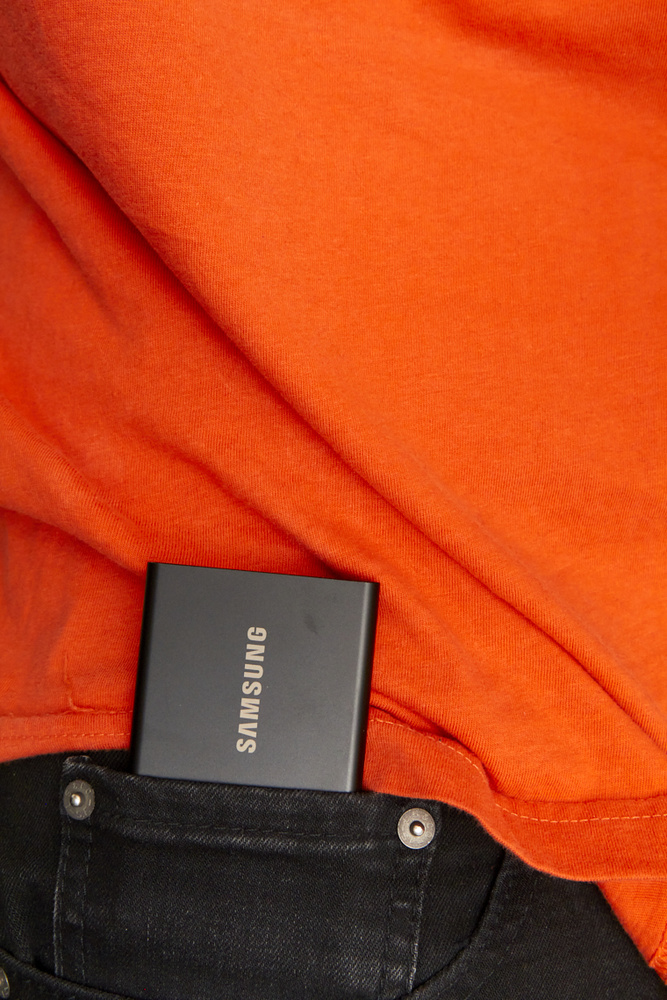 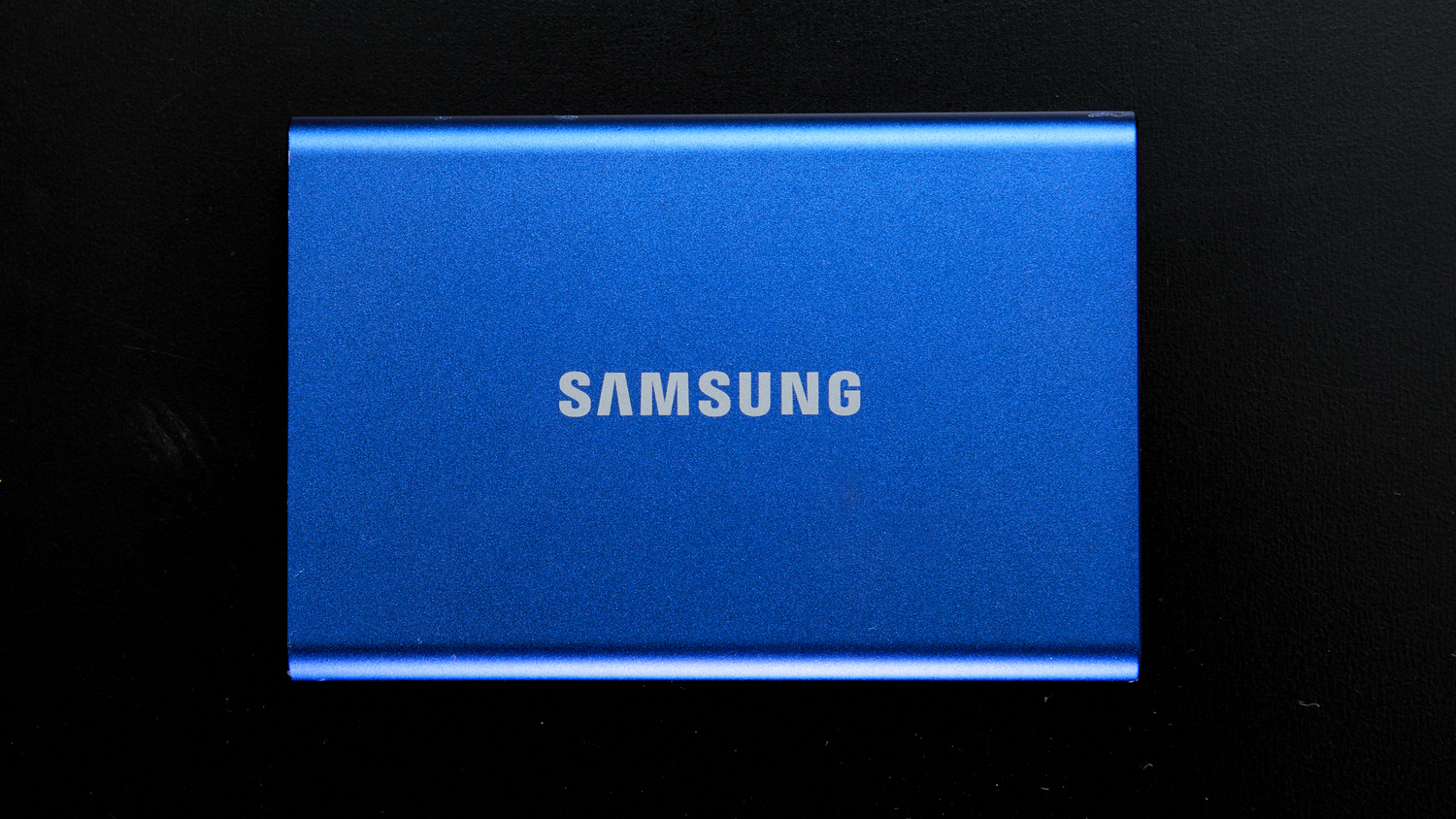 Compared to most other drives, the T7 is tiny, even tinier than the T5, which was already setting the bar for a big punch in a small package. There are several options for color: red, blue, and gray. The rounded edges add a futuristic look to the drive. Pair that with the matte texture, and you’ve got yourself a very sexy-looking solid state drive. The drives feature a little LED next to the USB Type-C port, which indicates that the drive is being accessed. To make it artist-proof, the Samsung Portable SSD T7 comes with shock protection, so it can take a few beatings on set. The port on the SSD is a USB Type-C Gen 2, which is nicely integrated into the body and does not have too much play. Although I love USB Type-C, a poorly made port can go out of order within a few months of usage. This one is well built, and I don’t see it becoming loose anytime soon. The port itself is capable of astonishingly fast transfer speeds, up to 10 Gbps, so it won’t be a bottleneck. 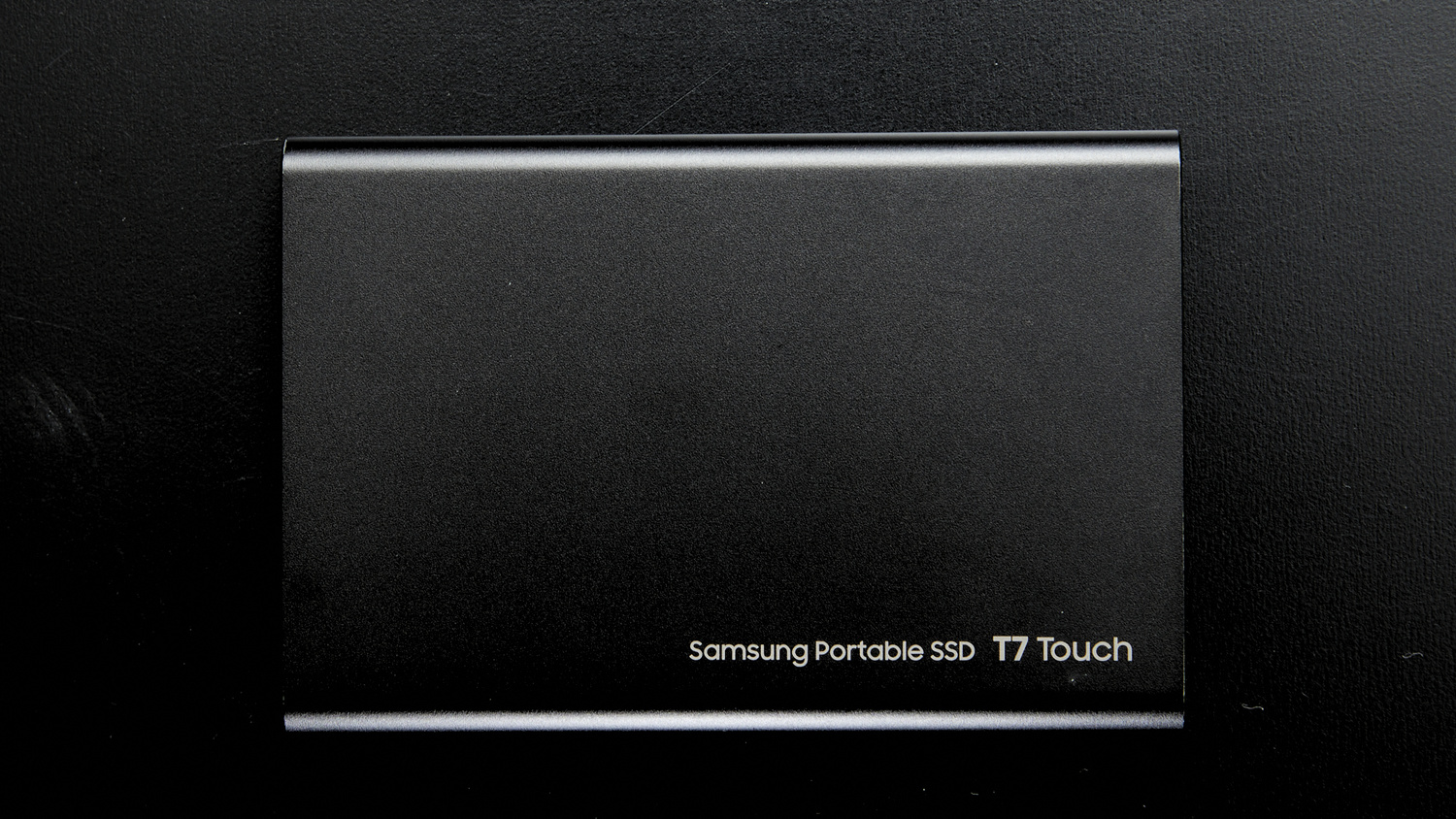 It does not get warm. This is very pleasing to see, as many SSDs suffer from heat management issues. Although they generate less noise than HDDs, they will be considerably hotter. Naturally, a creative workflow often demands large file transfers, which can heat an SSD and hence decrease the longevity. Luckily, the T7 has a phase-change layer that absorbs and then gradually releases heat next to the drive's circuit board. Both the Samsung Portable SSD T7 and T7 Touch are made to keep the temperature below 45 degrees C or 113 F. Having transferred huge files, it seems to work well, as the body remains at acceptable temperature even with transfers as huge as 500 GB.

As for the Samsung T7 Touch, the only difference is that there is a fingerprint sensor that is nicely notched in the body. It is sized similarly to the one you’d find on older iPhone models. This adds an extra layer of protection to your drive. It will glow blue when you connect to the computer, which can be sometimes annoying, especially if you’re working in the dark (we all do). 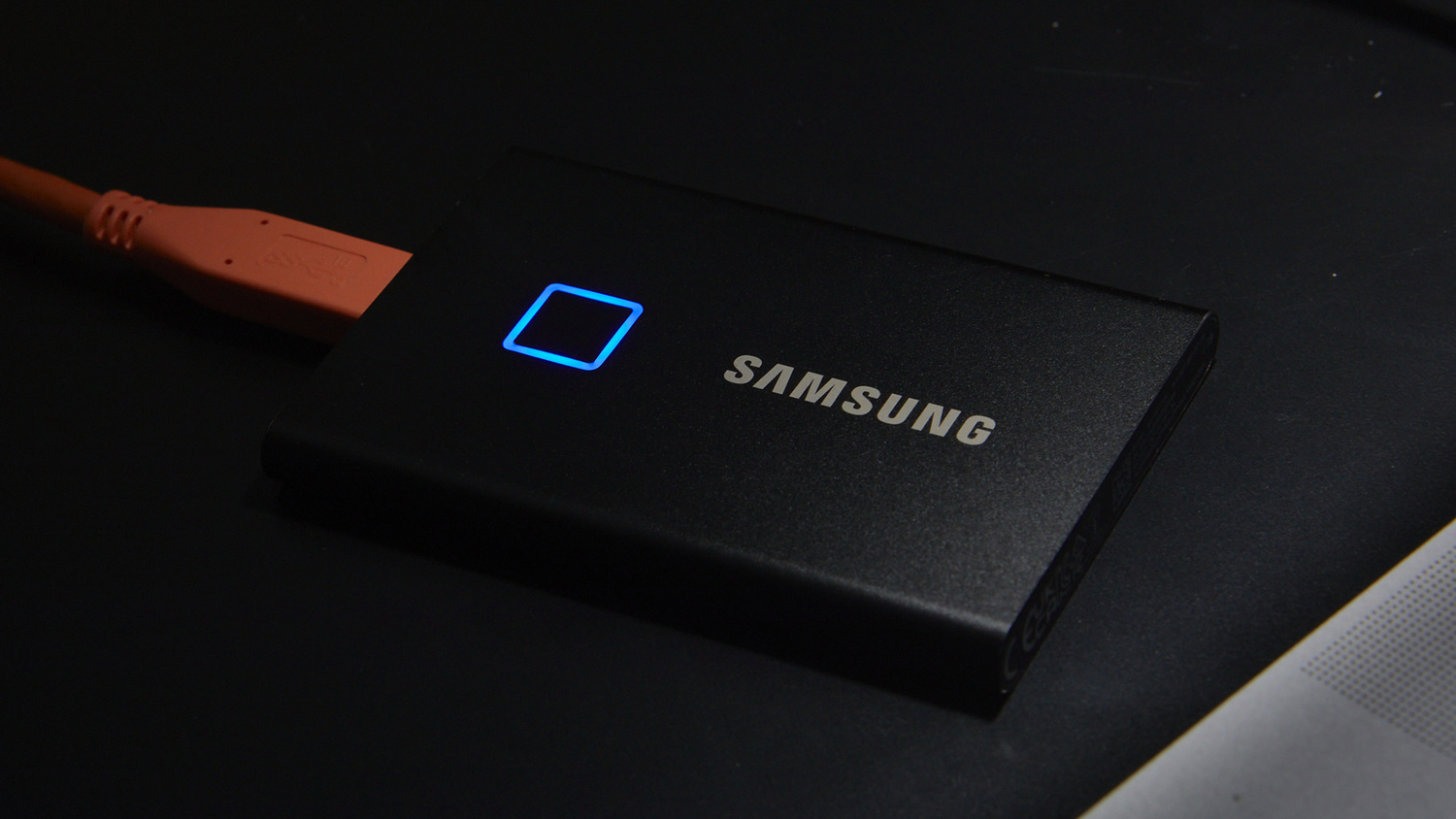 One of the worst things that can happen to an SSD so small is it being lost. If you’re like me, you will likely use it to store precious, sometimes private data. No one would want a data breach. That’s why the T7 Touch is designed with security in mind: the fingerprint scanner ensures that only you can access the data on the drive. The drive will be protected until you place your finger on the scanner, which works the moment you plug the device in; you won't need any Samsung software to open the SSD with a finger. However, to set protection, you will, of course, need to install the driver. It is easy to find and install. Samsung has done a good job of making the process simple.

Both SSDs can be password protected, and the T7 Touch can be also fingerprint-protected, which will make unlocking a lot faster. That’s why if you know you will want to protect your data, you should likely go for the T7 Touch and save a few seconds every time you plug the thing in. Bear in mind that if you forget the password for the T7 Touch, you won't be able to access the data anymore and the only way to fix it would be via a factory reset. 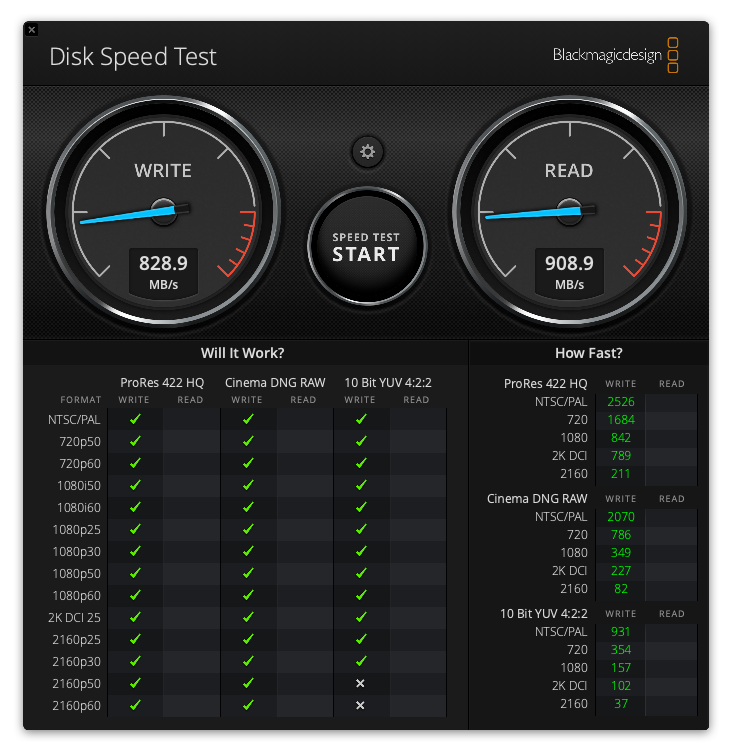 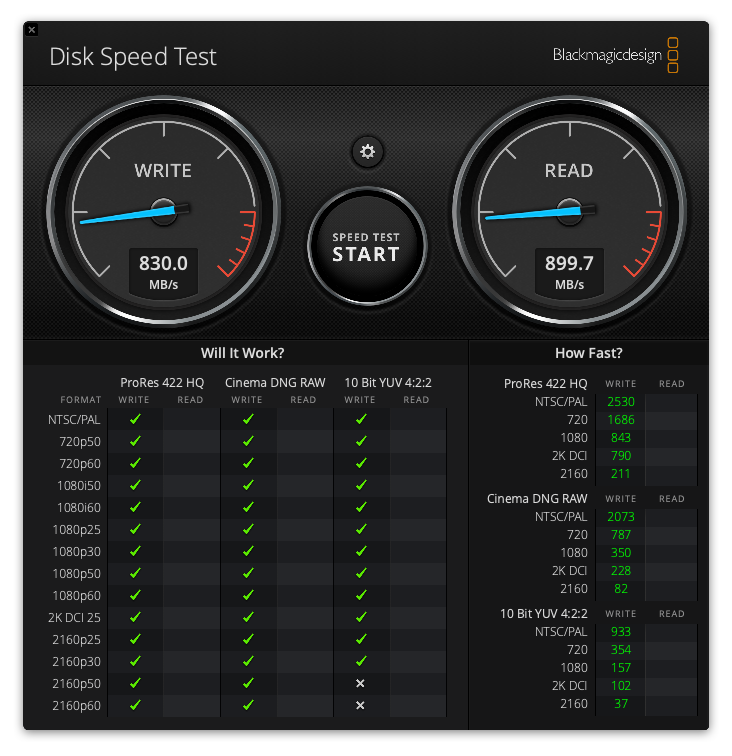 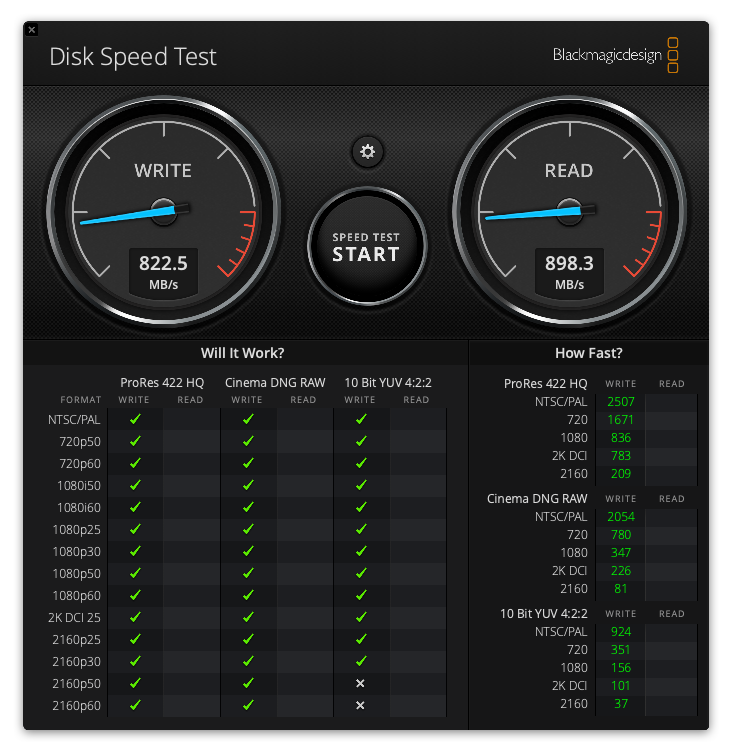 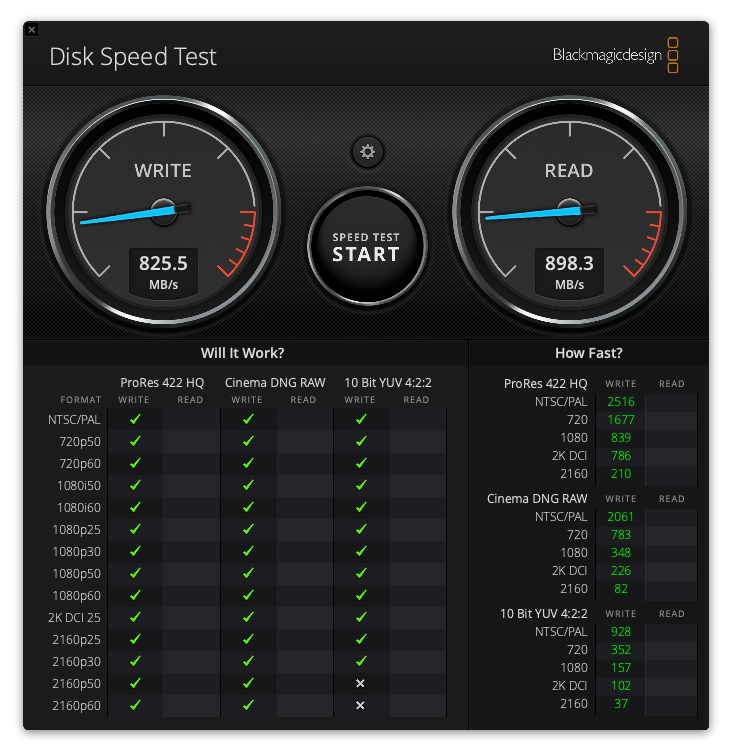 One of the things that, for me, makes the Samsung T7 and T7 Touch great is the price:

The price varies for the drive models depending on the color you pick; the cheapest price is displayed.

I’d say that the Samsung Portable SSD T7 and T7 Touch are fantastic devices that are affordably priced and aimed at a lot of creatives and general consumers. The only bad thing I can think of is that this SSD does not go beyond 2 TB. This is a fast, well-rounded (pun intended) box that will make for a good purchase and great addition to your workflow. 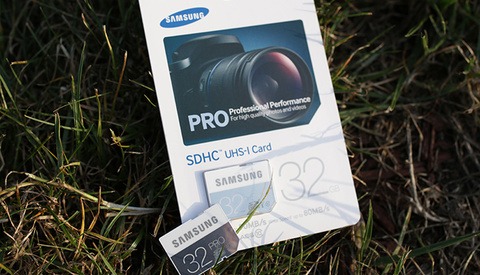 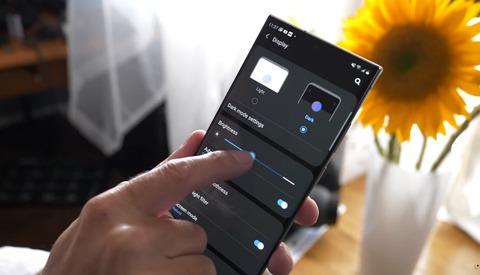 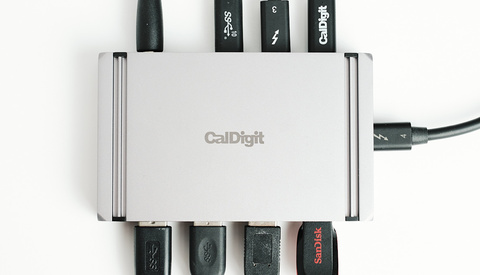 Gear / October 7, 2021
What Must Camera Manufacturers Do to Challenge the Smartphone?
Log in or register to post comments
6 Comments

The Sandisk Extreme Pro v2 has significantly better sustained write speeds than the T7, so if speed is your main priority then this is a better option 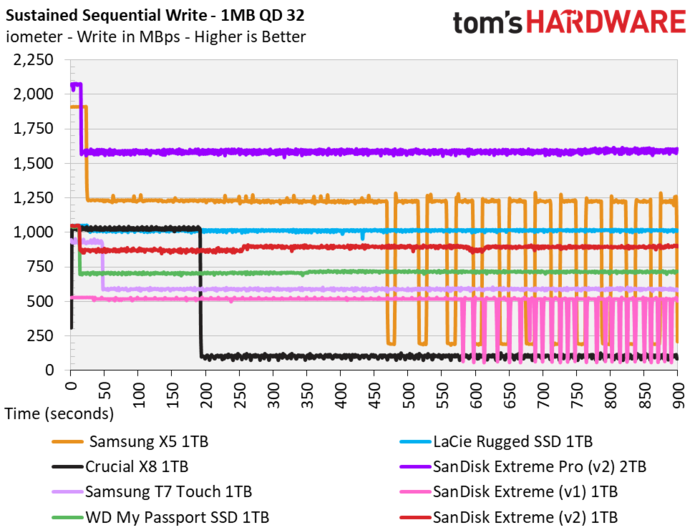 This contest is for Samsung SSDs only.

I have T7 and I’m happy with it but this is a blatant advertising post. It’s not compared to anything else. Does FStoppers have no rules on advertising?

I didn't read it as any sort of ad at all. Rather, I read a relatively in-depth review of a couple of Samsung products.
Not every story or review has to be a product "shoot-out"! ... a simple, singular product report is always educational and a welcome read.

Anyone getting slower speeds on T7? I'm getting 600mb/s on T7 and have tried multiple USB C cables including ones provided by Samsung T7. I was getting 400mb/s with Samsung 860 so this is kinda disappointing in read/write speeds. Using Macbook Pro 2019 2.8ghz i7 with T3 ports. Tests done with cold start where t7 has not throttled speed.

Been using the T5/T7 for a while now, and I love these Samsung drives! I haven't sat there running benchmarks and stuff, but I wasn't unhappy with my Seagate/Toshiba/WD external HDD drives until I tried these SSDs. Haven't looked back.