In 1991, Brian Masck photographed famed football player Desmond Howard in what has become known as "The Trophy Pose" in reference to the Heisman Trophy. That image has become recognized as one of the greatest photographs in sports and has gone on to be published all over the world in everything from Sports Illustrated to advertisements to the cover of a video game. At the moment, Masck is involved in lawsuits suing several entities that have used the image without his permission, including Sports Illustrated, Nissan and Desmond Howard, himself. Desmond Howard wasn't super thrilled with that and decided to countersue Masck over the use of his likeness.

Now, as we all know, the photographer owns the rights to his images. Therefore, Masck is 100% in the right to go after everyone that has stolen his images commercially. We also know that many high-profile athletes have a pretty high opinion of themselves. Howard wants to know why someone is suing him over a photo of himself. I can only imagine his lawyer face-palming as he writes the statements.

"My client tried for a long time to suppress his disappointment and for not being recognized...(Masck) wants a permanent injunction against the misuse of his picture and wants their profits. But even of a higher priority to Brian Masck, he wants credit. … It's no different than any artist."

The NCAA is projected to make about $800 million this year.

We know that Howard's suit isn't going anywhere. We also know that Masck is right in going after those who have used his image without compensation. But there is an interesting point in the the grander scheme about one person being the sole profiteer from someone else's likeness - when the reason for the profit is the person that is not directly making money from it (although in this case, he directly was). What do you think? 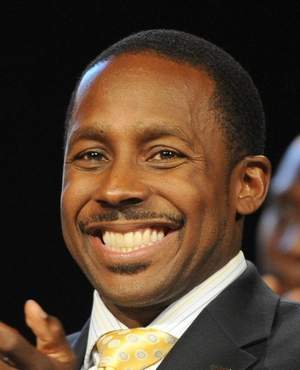 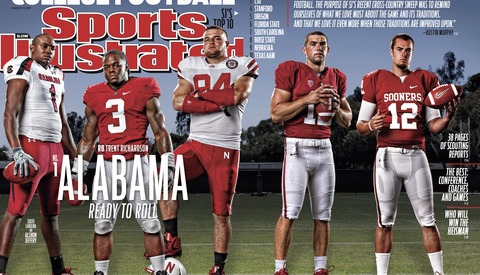 I think you hit on an interesting debate that goes to the foundation of the photography business. Of course Masck has every right to go after the people who used his photo illegally, but should he? I think in most of the cases, the answer is a clear yes. In the case of Howard, I'm not so sure. He's within his rights to go after Howard, but was it the right thing to do morally? Should photographers value copyright above all else?

Agreed. Law is only one set of rules. Ethics is another. The two should never be confused.

This is an isue not exclusive of the photography business but for the entire creative industry. Personally I don't believe in trademarks and copyrights, I believe those things keep us limited as humanity, although the credit for the artist is other thing. I could explain all about it with lots of arguments but I better leave this video wich I think explains it very well.

English is my second language and I have really hard time to understand the last sentence...
But if I got it right, I don't see any interesting point in all of this :)
Celebrities make money by entertaining people and the industry (photographers, magazines, etc.) is making sure that they will reach broad audience. So photog wouldn't be a "sole profiteer" because he is adding to the celebs' fame...

What about the notion of right of publicity? Masck is the one who is selling memorabilia with Howard's likeness on it... Not sure that the situation described in the source article is as clear cut as this interpretation is making it sound.

its interesting that Masck has left it until now to start making a fuss. He is in the right but maybe he has just left it long enough so the cash cow is really really ripe and so he can maximize his 'winnings'.
Afterall, the piece does say “My client tried for a long time to suppress his disappointment and for not being recognized".

So its not like he just found out his image has been used without permission.

So what if the guy shooting to the left and right of Brian at the time of the shot have virtually the same image... Not that the do, but what if. And what if his image only made it into SI because he called in first or had a better relationship with the editor? My point is in case like this, public sporting events, or celebrity appearances, etc where you see a lens every 12 inches from one another all shooting the same thing (yes you as a photographer decide on zoom and the rest of the settings) but it is possible in those instances to have several nearly identical photos... What is reasonable to expect from that image? Is it a public image? And if so why do you have rights over it? Do multiple people shooting the same thing dilute the originality and or value of that image? I don't know the right answer, just posing questions?

Of course legally the photographer have the right, but I believe the whole point is that 90% of this picture is Desmond figure, the rest is just picture taking, being in the right place in the right moment.

If companies are using it to make money then to quote a vimeo movie fstoppers posted over a year a go F$&amp;k You Pay Me!

Ironic that if he hadn't been there to capture the moment there would be absolutely nothing. That is why it is the right of the photographer.

I'm a photographer but think about if Desmond didn't do a Heisman pose either than he may not have the career he has now as a photographer.. two way street

So where should this stop?

What about the guy that is responsible for designing the shirt?

And on the other hand, if a photographer has made an iconic picture of a football player (or a musician, actor...) that might boost their career (or only their market value in advertising), shouldn't the photographer receive a fair share of the money the other one makes as a consequence of that?

This is an isue not exclusive of the photography business but for the entire creative industry. Personally I don't believe in trademarks and copyrights, I believe those things keep us limited as humanity, but the credit for the artist is other thing. I could explain all about it with lots of arguments but I better leave this video wich I think explains it very well.
http://www.youtube.com/watch?v=IeTybKL1pM4