Landscape photographers know that there’s only so much you can plan. Today I want to introduce to you a fellow Dutch landscape photographer who recently came back from the volcanically active Kamchatka Peninsula in Russia. What Tomas van der Weijden captured there is truly extraordinary and he told me everything about the creation of this photo.

Van der Weijden is a hobbyist photographer from Amsterdam, the Netherlands. It was a trip to the mountains of Japan in 2013 that first triggered his passion for photography, as he had just picked up his first "real" camera, a mirrorless Sony NEX-6. Ever since, this passion has only grown bigger and he’s excited to constantly learn new stuff, while trying to see as much of the world as he can.

A bit of luck can go a long way when it comes to capturing something special. Van der Weijden joined a group of photographers on an expedition to Kamchatka, guided by Daniel Kordan. Kordan selected a number of beautiful locations in this remote part of Russia in advance. One of these locations is an area with a small lake in the mountains, from which a number of volcanoes can be seen, including the majestic Tolbachik as well as stratovolcano Klyuchevskaya Sopka. This lake is a well-known spot amongst (local) photographers, but being several hours (of driving through rough terrain) away from the closest village, you won’t encounter big crowds here. Van der Weijden’s first lucky break was that lava streams had been reported at Klyuchevskaya volcano at the time the group visited the area. "As we got ready for the long drive in the six-wheel drive Kamaz truck towards to area, anticipation was high," said van der Weijden.

When they arrived and set up camp nearby, van der Weijden made the hour long hike from camp to the lake to shoot the sunset and hopefully capture the lava stream during blue hour and the night. Van der Weijden tells us that the skies were clear, although not the best for sunset. The view of the volcano was excellent and van der Weijden managed to shoot the erupting volcano for a good amount of time. "An impressive sight, especially being from the Netherlands, geographically a very low and flat country." That’s something I can really relate to. At twilight, the orange flow of lava provided a great complementary color contrast against the dark blue sky and the snow covered mountains. After a couple of hours of shooting, clouds started to roll in and the group decided to call it a day. 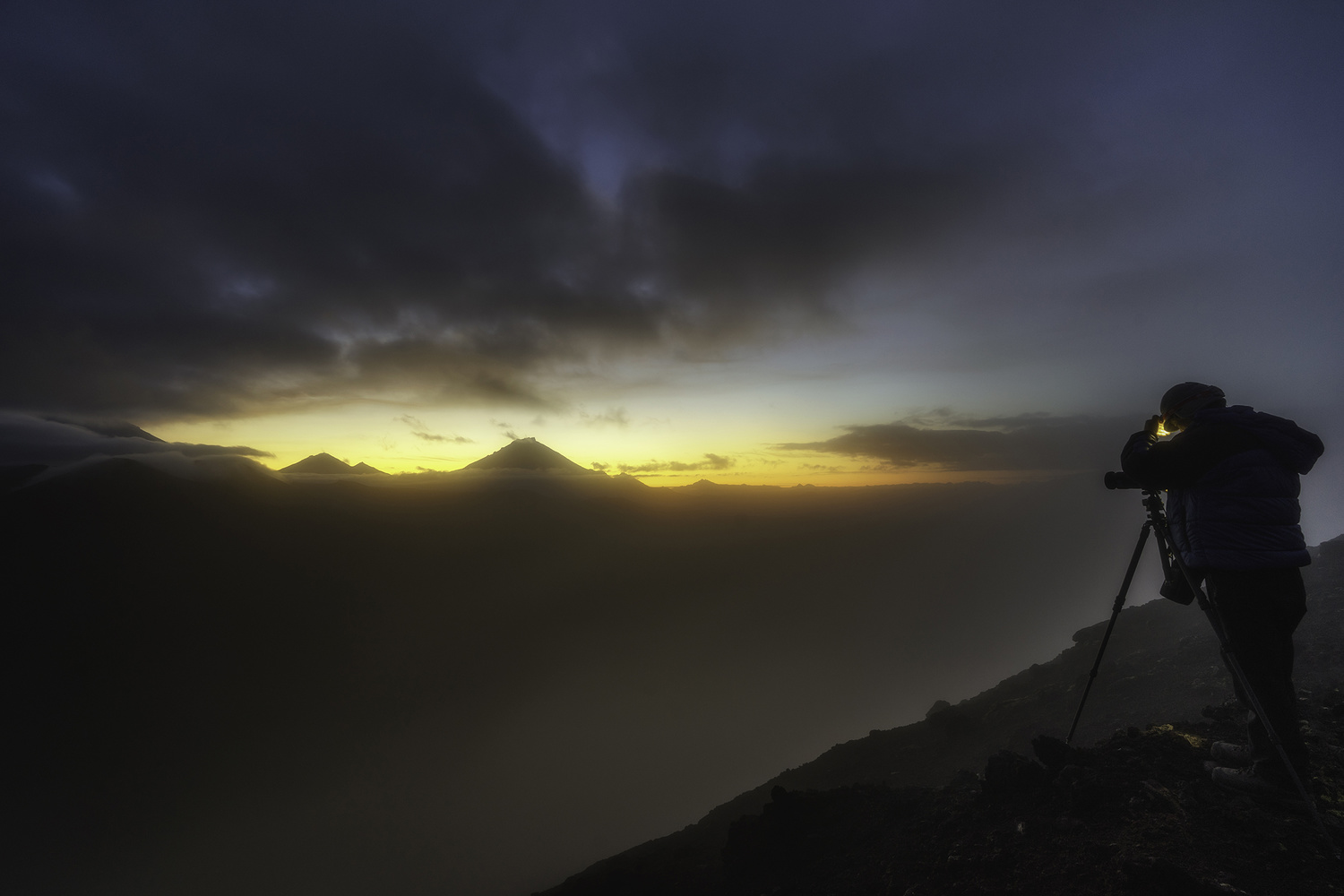 On the second night, the group went back to the same spot, hoping for better conditions around sunset and to try and get some more shots of the lava stream and also to try and capture the Milky Way later that night. Unfortunately, van der Weijden continues, it was right after sunset that a thick layer of clouds rolled in once again, preventing them from seeing much of the surroundings. Group leader Kordan opted to wait for an hour to see if conditions improved. And they did. It didn’t take long for the clouds to dissipate and they were able to shoot the volcano again. It was then that a bright, greenish flashing streak appeared for a split second. A meteor! Luck had it that it seemed to have entered the atmosphere right above the mountain next to the lava flow. Van der Weijden had just switched from his 14mm wide-angle lens to a 16-35mm f/4 lens to get a closer view of the mountain (at 35mm).

Some Things to Keep In Mind

Van der Weijden was using a 16-35mm f/4 lens at a focal length of 35mm and he chose a shutter speed of 15 seconds. There was still some blue light in the atmosphere so he could get away with this at "only" an aperture of f/4. A longer exposure would have led to star trails.

Stars also appear to trail quicker when zoomed in, so a longer focal length will reduce the maximum shutter speed before the start to trail. There’s this formula that helps you nightscapers to remember what shutter speeds to use at which focal length that’s been covered before here on Fstoppers. Either you choose the 600-rule that divides 600 by your focal length, but I’m a big fan of the “even less than 500-rule” myself. At 14mm, I like to keep my shutter speed below 30 seconds for trail-less stars when I print big.

Reduce Noise to a Minimum

ISO 640 proved to van der Weijden to be a workable ISO value to keep the exposure bright enough, although he had to brighten the image slightly in post processing to see detail in the mountains. Using a full-frame sensor camera like the Sony a7 II, the image didn’t suffer too much from noise.

ISO-less (invariant) sensors like the one in the a7 II can and should be used at lower ISO values to capture nighttime scenes. Because when you do, you make sure that none of the highlights are clipped, while only brightening the image just enough. If you’re hesitant about this, shoot the scene at maximum ISO and reduced shutter speed first to judge your composition and then underexpose with a much lower ISO. Canon users: Unfortunately, this does not yet apply to you. Expose to the right like you were taught to keep the shadows exposed correctly without introducing excessive noise.

Convey the Magic Through Post-Processing

Van der Weijden processed this image using a combination of Lightroom, Photoshop, and Nik Tools. "An important aspect was to get the colors right, as well as bringing out the detail in the mountains."

Processing and photography should go hand in hand. Do not attempt to make a failed shot great. But processing an image like this is definitely worth your effort, as it doubles the impact of a great shot, no matter how lucky you were in the field.

"All in all, shooting this image didn’t prove to be too much of a technical challenge — I’ve mostly been very lucky with the circumstances and having been at the right place at the right time," said van der Weijden. "This moment was also a great reminder that despite the importance of being prepared, some things cannot be planned, an unpredictability of sorts — one of the things I actually greatly appreciate about landscape photography."

Check out more of van der Weijden's incredible work at his Facebook page or on 500px. 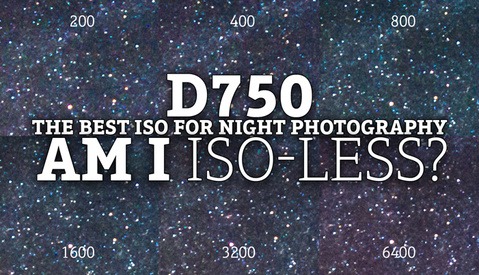 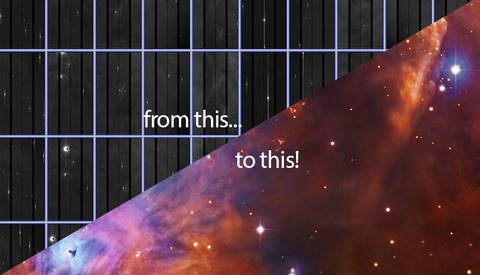 Pictures / January 6, 2014
A Glimpse into Astrophotography 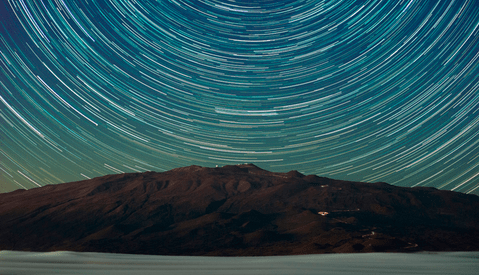 Landscapes / May 4, 2016
Star Trail Processing and Six Tips that will Boost your Night Photography Skills

WOW! What an absolutely stunning shot!