How to Take Photographs From a Helicopter

About a year ago I was drinking in a bar in Leicester, England. I got chatting to a gentleman who I sort of recognized from various events I'd attended in the past. After a few drinks, I discovered he owned a helicopter. At this stage, I was a bit worse for wear and thought it would be a grand idea to ask if he'd like to fly me above our hometown to take a sunset cityscape. We agreed, in our inebriated state, that this seemed like an excellent idea. So, just a few days later we met again (without beer) in a field; Me with my camera and a sickness in the pit of my stomach and him with his helicopter. We were all set for our flight.

In advance of the flight, I did a fair amount of desk research into aerial photography, trawling Google to find out what on earth I was letting myself in for. I didn't find huge amounts on the Internet, so I thought I'd condense what I did find, along with my own tips, from what was an amazing, if terrifying experience. Did I mention I'm afraid of heights? I didn't? Well, I am.

Here are my top 10 bits of advice for taking photographs from a helicopter.

It might sound obvious, but I thought anyone who regularly takes photographs from a helicopter must have nerves of steel. It turns out, after speaking to a few, they don't. I am absolutely terrified of heights, but I managed to do it. So if there's a grim, sinking feeling in the pit of your stomach that's stopping you as a photographer shooting from up high, just do it. It's like most scary experiences: once you're immersed in it, it isn't so bad.

Even the most seasoned air traveler needs to reassure themselves before taking photographs from the air. So talk to your pilot, ask them how many hours of flight time they have under their belt, discuss the logistics of how long you'll be in the air, where you'll be flying, what the protocol is if you feel unwell. This is the boring but necessary stuff that actually reduces nerves hugely. And just for the record, you will be strapped in (so even at an angle you won't fall from the helicopter). It's also very, very loud up there. You'll be wearing headphones and have a talk piece to communicate with the pilot through, so there's no need to shout, despite your natural instinct being to do just that.

3. Plan for Your Stomach

4. Everything Must Be Attached

Once the door is off on the helicopter, everything must be attached to yourself or the cabin. Even the smallest item falling out can get sucked up into the rotors and create havoc. Make sure you have everything about your person before getting in. Have your lenses attached, memory cards formatted, and batteries fully charged. Changing lenses, batteries, or getting your phone out should be avoided at all costs.

Because it's so dangerous to have anything loose in an open door helicopter, multiple cameras are the only safe way to have the versatility you'd achieve on the ground by simply changing lenses. You can't be messing about changing lenses in the air when the door is open (see above), so having two cameras with lenses already attached is a must. Three even. Hey, however many you can beg, steal, or borrow to give you the versatility of different focal lengths. I went up with two camera bodies. One with a Canon 70-200mm f/2.8 (non VR) and the other with a Canon 17-40mm f/4. This had me covered for pretty much all eventualities.

I went up in the summer time. Granted, the summers we get in the U.K. are nothing special. However, at ground level, I was hot in a T-shirt; whilst up in the air, I was absolutely freezing. Learn from my mistake and wrap up warm. Think winter's day hat, scarf, woolly socks, fingerless gloves, and perhaps long johns. Being cold is distracting.

7. Use High Shutter Speeds and ISO

I am a commercial studio photographer. My Canon 5D cameras sit at about 160 ISO, 1/125 s, and somewhere from f/5.6–f/16 usually. Shooting at sunset from a helicopter was a bit of a shock. I needed a really high ISO, a very fast shutter speed, and the lenses were pretty much wide open. With the speed of the helicopter, the amount of turbulence, and a 200mm focal length, I ended up needing 1/1,000 s, 3,200 ISO, and f/4. The same settings were used for the feature image of the article, but I used a 17mm lens instead.

The updraft (there is probably a technical word for this) while hanging out of a helicopter is pretty intense. Lens hoods literally get sucked upwards. This means that you end up needing a higher shutter speed due to the additional shaking/pulling that the lens would receive.

We flew around for an hour until the light was just perfect. We had to make sure that we were on the right side of the city at the correct time. Just five minutes later the light had changed dramatically, the city had become hazy and it was all over.

10. Embrace the Come Down

Like anything that's a high-adrenaline activity, the come down after shooting photos from the air is intense. Think about what your plans are for after the flight. Maybe see a pal for a verbal download of the experience. Maybe make sure you have camomile tea in the cupboard at home. Maybe clear the next day to take it easy. Do what works for you.

Shooting from a helicopter is a great experience. If you know a pilot or if you have the opportunity to rent one then this is certainly something I would recommend trying. I am not a big fan of shooting landscape photography, but I thoroughly enjoyed this experience.

Photoshop / September 12, 2020
The Photoshop Action I Wish I Knew When I Started

All good tips. I also learned when shooting wide angle and high shutter speed, check to make sure you are not inadvertently freezing a passing rotor in your shots. 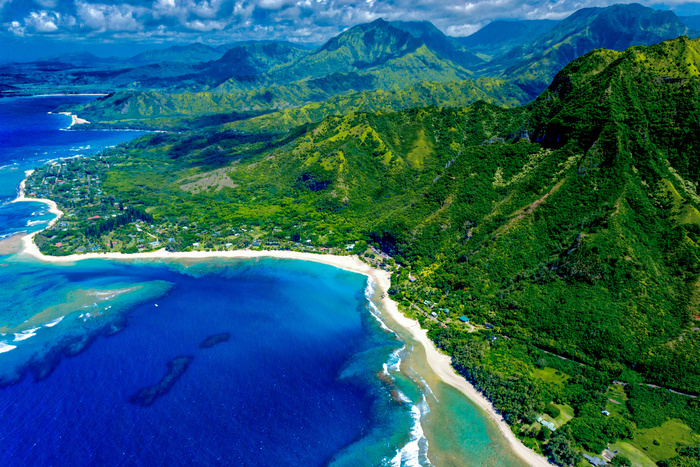 haha, yeah I had a very confusing time when I got home trying to work out what on earth that was!

1 / It's safe (just don't fly with a pilot wearing cowboy boots)... and its fun. Don't stress it.
2 / 5Ps - Proper planning prevents piss poor performance. Make a plan before you fly.
3 / If you are worried... take a Travacalm tablet about an hour before you fly. I do!
4 / Secure everything, including clothes. Scarves can flap annoyingly in the wind.
5 / Yes, its better than trying to change lenses next to an open door at 1000 feet.
6 / Merino undergarments (but NO polyprop), ski pants, boots and a good jacket.
7 / 3200-ISO!? No thanks. Shoot at 800-ISO, 1/250th, VR and shoot lots.
8 / Use a lens hood... but use electrical tape to secure it onto the lens.
9 / Don't bother flying if you have totally flat overcast light... unless its a news story.
10 / Buy the pilot a beer.