New photos have emerged showcasing the lives of an uncontacted tribal community living in the Brazilian Amazon. The Yanomami Indians, who have taken residence near the Venezuelan border since 1992, are said to be a community of approximately 100 people. They were reportedly at risk of being wiped out in recent years by violent attacks carried out by illegal miners, who had been invading the land in search of gold. The release of these images reveal the tribe are now alive and well, even having increased their population, after concerns grew for the group following their decision to live in total isolation.

The series of photos show a large communal housing area – known as a Yanomami yano – where members of the tribe hang their hammocks and light fires. They use 500 different species of plants for food, medicine, and different construction purposes, providing entirely for themselves by hunting and gathering. The miners that have made attempts at invading the Yanomami tribe’s land have also brought diseases like malaria to the region and polluted their water supply with mercury. Due to the nature of their living conditions, they are especially vulnerable to disease.

Needless to say, the photos also reveal the tribe were less than hospitable in reacting to having their photo taken; some of the community can be seen brandishing their spear in the direction of the camera and aircraft. 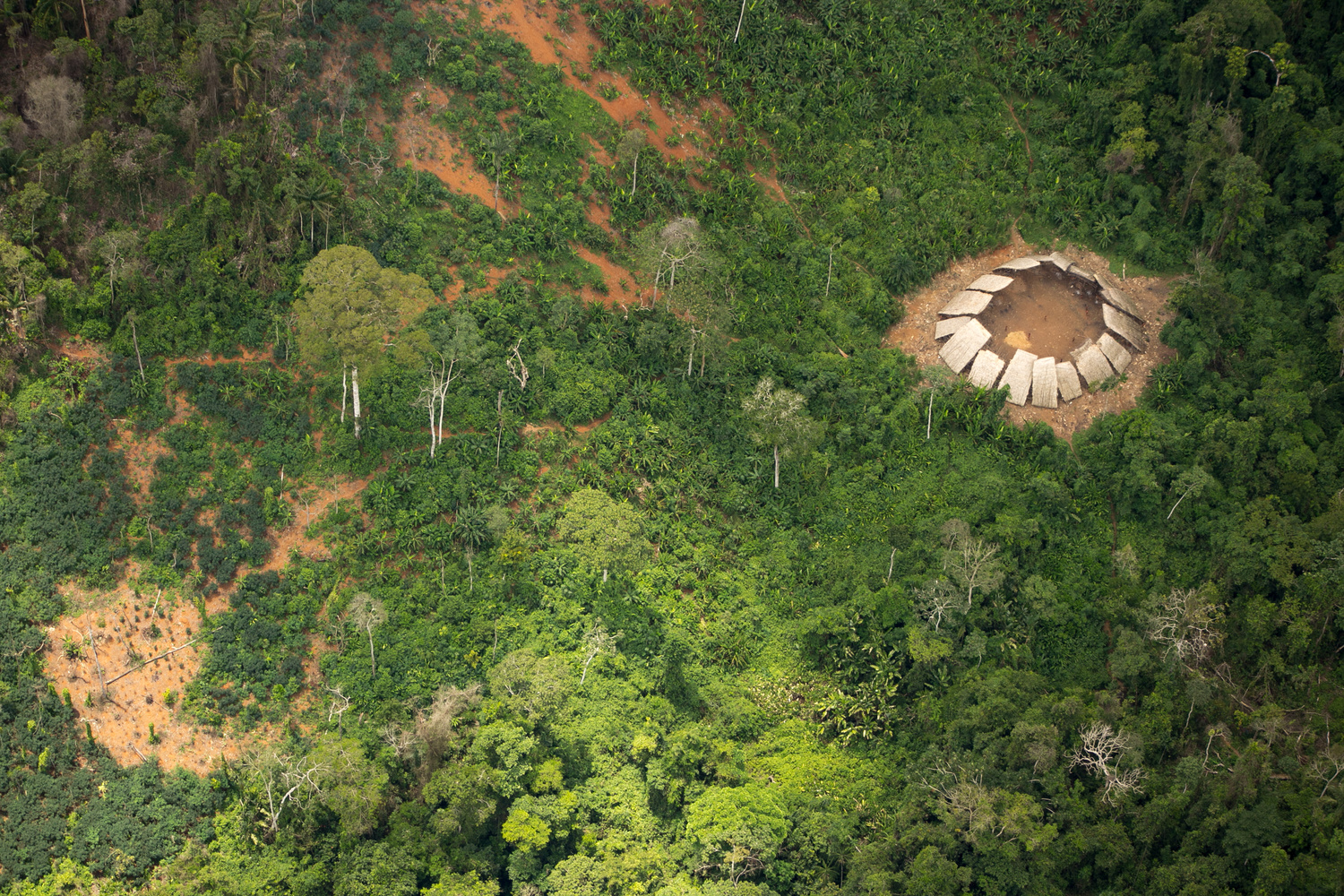 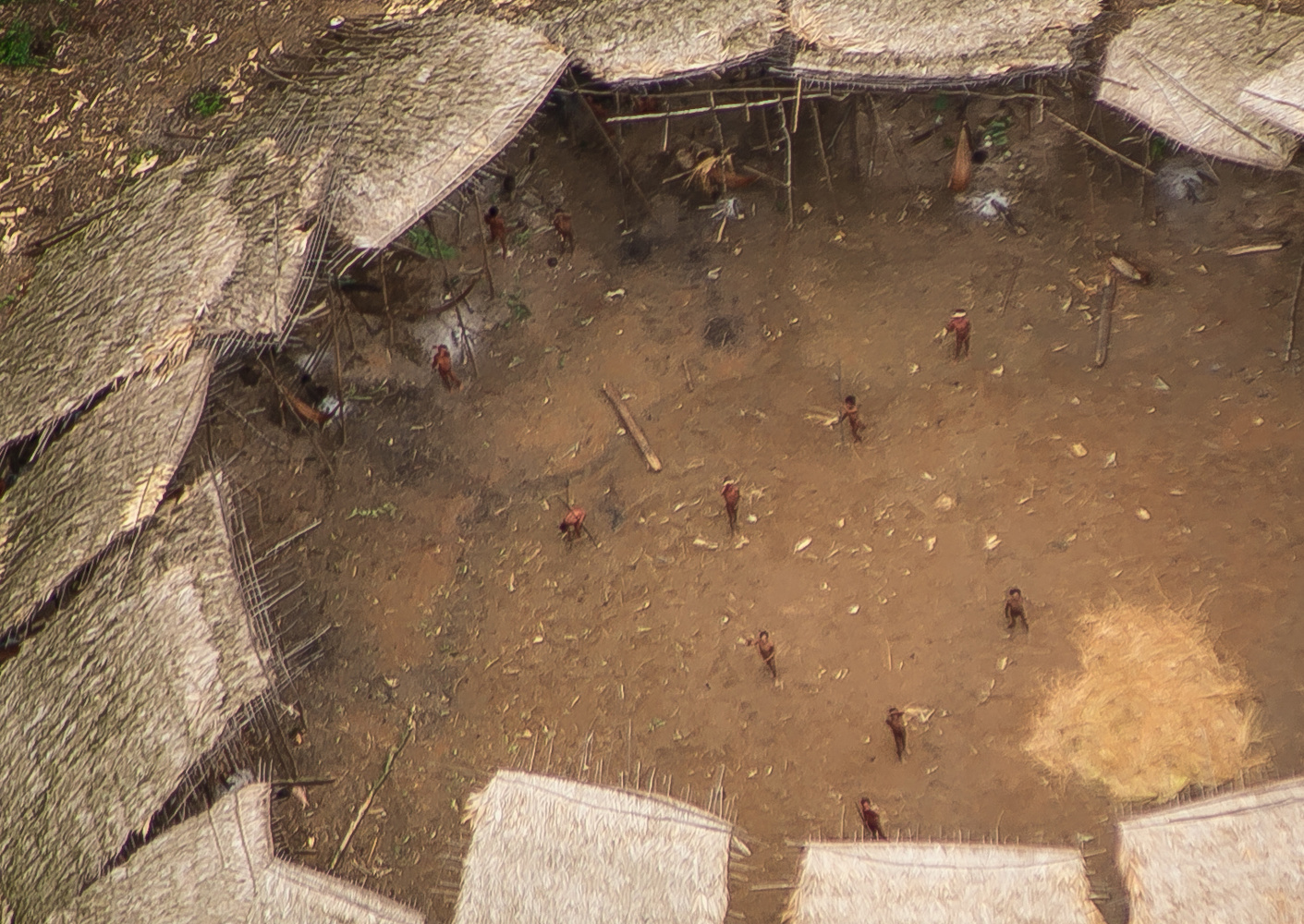 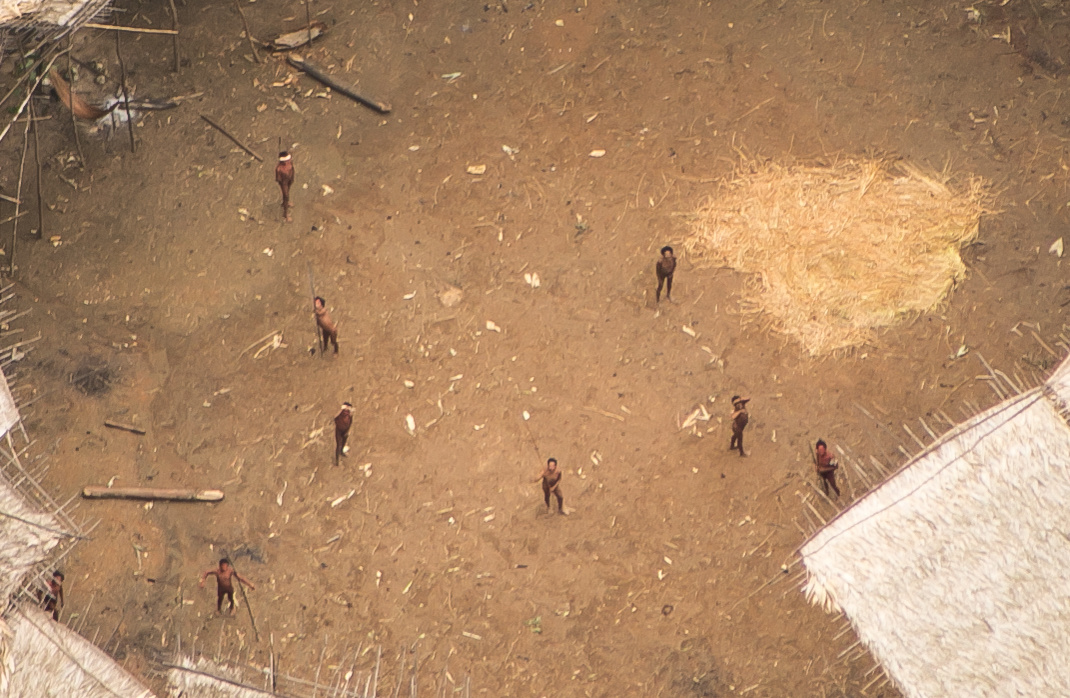 You can find out more about the tribe - and efforts to increase their chances of survival - at the Survival International website.

Malaria isn't really spread by humans. It survives in the wild awfully well on its own within the mosquito population, and its varied food sources. Typically, chicken pox is one of the bigger dangers with uncontacted tribes.