The FAA has announced new restrictions for various Department of the Interior sites including the Statue of Liberty, Mount Rushmore, and the Hoover Dam. Starting October 5, drone pilots will not be allowed to fly within 400 feet of any of these sites with repercussions including fines and criminal charges.

B4UFLY is a handy app to better understand which locations are off limits. The new restricted landmarks will be added to the app in the next couple of months.

I'm surprised the Statue of Liberty was not already on the banned list as it seems the security concerns would be quite high (not to mention Mount Rushmore and the Hoover Dam). I wouldn't consider flying my DJI Phantom 4 anywhere near any of those locations but for those more daring than me, you can legally fly around them for six more days, so go nuts. As always, be safe, use common sense, and follow all existing FAA rules when flying.

Anyone planning a last-minute trip to New York City to get in a drone flight around Lady Liberty before the 5th?

After the ban goes into effect, you can still opt for a (slightly pricier) aerial experience with helicopter tours. If that doesn't work for you, there's always YouTube:

Then thousands of drones flocked the Statue of Liberty within those 6 days. That'll look epic!

I'm mostly this. While I love when I can capture locations without issues, drones will always be a safety hazard when around crowded areas. Drones are coming more and more popular and easier to get into. The more popular they get the higher the chances someone gets hurt because some unprepared person decided to fly their drone over a crowd because they wanted the shot for their Instagram.

I get the ban but I do think they could/should have drone weekends every so often. Perhaps reducing rogue drone flights. I also think if each of these banned locations made public some free drone b-roll we could use, again less rogue warriors. Sure, we'd need alot of shots from every angle, day/night, winter/summer, etc, but atleast it gives us something.

And if they did some sort of Aerial weekend, make it a registration online. Only 20 people for that weekend with different time slots. And charge for it as well, in order to pay the people watching over such a weekend.

Stupid question, but how would they catch you if you get busted flying a drone over the SoL?

I was considering buying a drone.I upload a picture of the no-fly zones in the Netherlands. By the way, all nature parks are also included. After seeing this picture, I stopped thinking about buying the drone. I live in the middle of a big red zone. 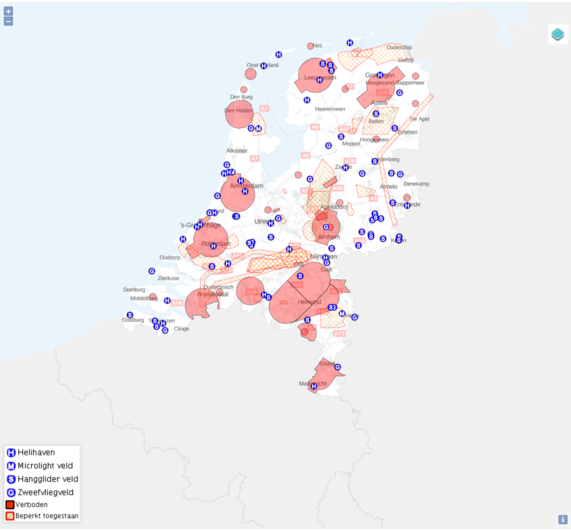